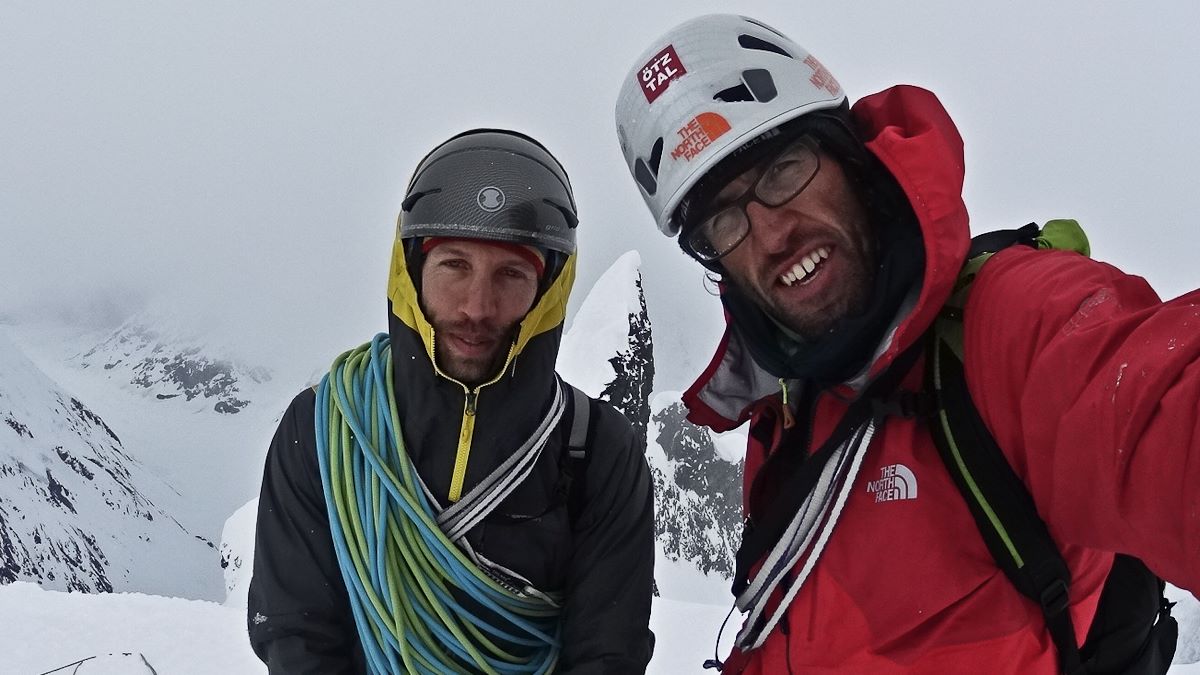 To all those who thought there wasn’t a summitless peak left, Hansjörg Auer and Much Mayr say think again. On May 17, the two Austrian climbers reached a previously unclimbed and unnamed peak in the Neacola Range, which they dubbed Mount Reaper.

The inspiration to climb Mount Reaper came from a photograph taken from the adjacent peak, The Citadel. Auer and Mayr were eager to climb an unclimbed mountain and there were no records of any ascent of the peak.

According to Auer, on their first day at base camp the skies were clear and they decided to go for the ascent. But after 400 meters of climbing, a massive storm rolled in and forced the duo to retreat. The whiteout lasted for three days, Auer told Rock and Ice, and luck didn’t seem on their side.

“Furthermore the temperatures were higher as we expected,” Auer writes. “So our objective was kind of tricky but anyway after a day of checking out the approach we decided to give it a go. I knew, that we need to be super light and that we have to try the climb in less than ideal weather, to avoid higher temperatures on the face.

The pair left base camp at 4 a.m. and made quick work of their north face route, Sugar Man (M7, A1), summiting at 1:30 p.m. After five minutes on top, they had a problem free decent down the west ridge of Mt. Reaper and arrived back at base camp at 4 p.m.

Auer writes that they named the mountain after the “Sensenmann,” which is German for the Grim Reaper, because of its location next to The Citadel, or “fortress.”

“It´s always great to climb on an unclimbed peak,” Auer writes, “because there is tension until you are at the summit and even for the way down you never know.”

Mayr guided on Denali last year and returned to Alaska this year to bag Mt. Reaper. For Auer, this was his first trip to Alaska.

This FA adds to Auer’s impressive resume. The list includes the first free ascent of L’ultimo dei Paracadutisti (5.14a) on the southwest face of Marmolada, the Dolomites’ tallest mountain, and the first ascent of Kunyang Chhish East in the Karakorum Mountains of Pakistan.