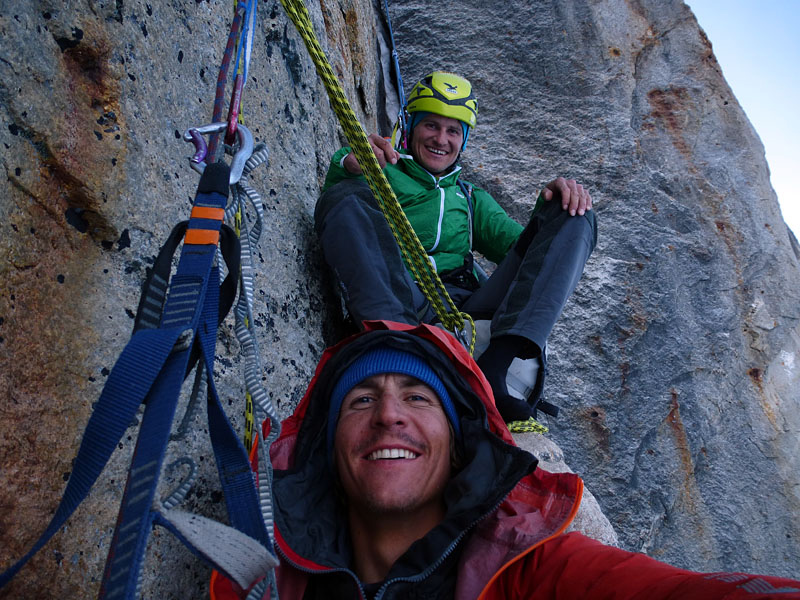 Eventually, the stormy weather lifted and on June 6, Fiegl and Blümel set out for the Tooth Traverse at 10 p.m. The Austrians reached the summit of Sugar Tooth (8,000 feet) the next day around lunch time. After a brief nap, the duo then set off up the Talkeetna Standard (V 5.9 WI5, 3,300 feet) on the south ridge of Eye Tooth (9,000 feet). The alpinists completed the Talkeetna Standard and then bivied below the summit after a 24-hour effort. Next, Fiegl and Blümel spent 12 hours navigating the heavily corniced terrain to reach the top of Bears Tooth (10,070 feet), where they then bivied for the night. “The third day was a long one again,” writes Fiegl. “Rappelling the Russian Route from Bears Tooth and climbing the Swamp Donkey Express [5.9+ A2+ plus some mixed climbing, 750m] up Mooses Tooth [10,335 feet] took about 14 hours, but the day was not over.” The Austrians then endured a long descent through “tricky cornices” in dim light. However, Fiegl and Blümel reached base camp at 9 a.m. on June 10, having completed the second ascent of the Tooth Traverse after roughly 83 hours of climbing. 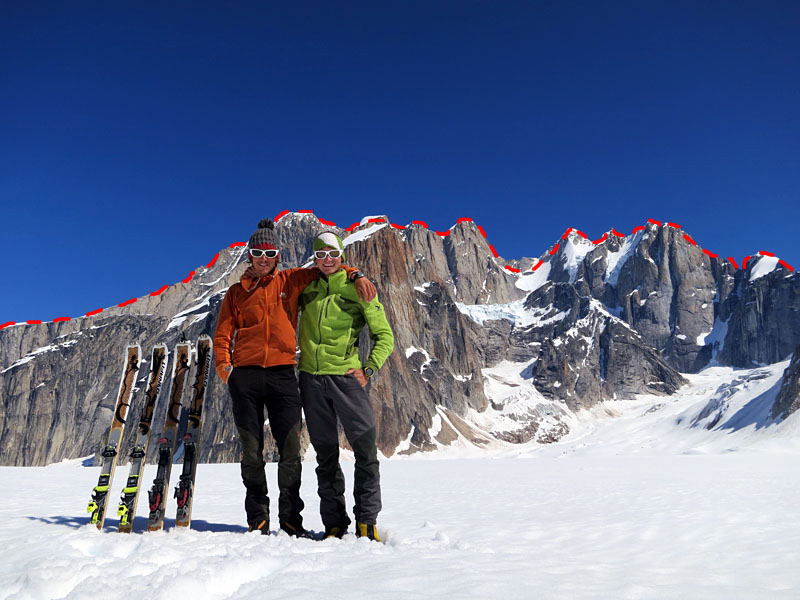 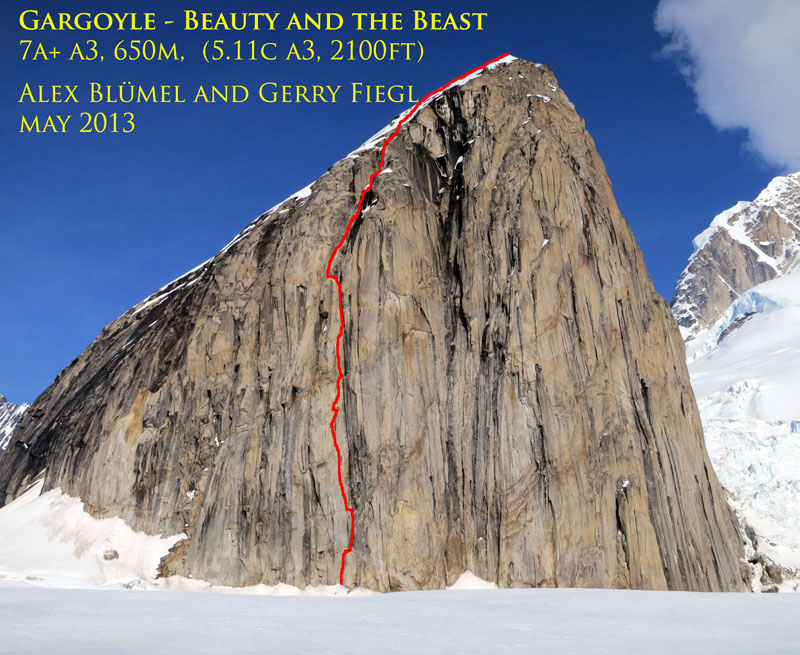 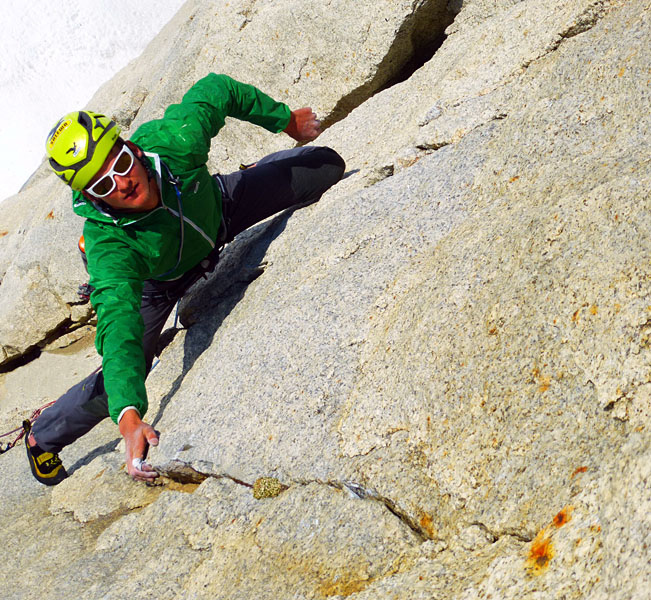