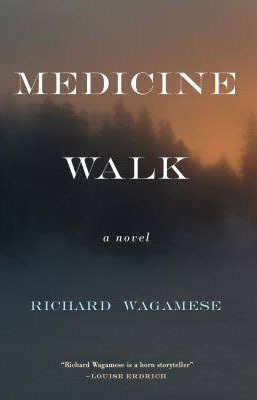 The 2015 Banff Mountain Book Competition has announced its grand prize and category winners. Medicine Walk, a fiction novel by Richard Wagamese, won both the grand prize and the Mountain Fiction and Poetry award.

Winner of the Mountaineering History award, Alpine Warriors by Bernadette McDonald recounts the stories of alpinists from the former Yugoslavia. One excerpt details the Slovenian team’s ascent of Makalu (27,825 feet) via the South Face in 1975: “[Stane Belak] concentrated on a position a few meters in front of him, plunged his axe into the snow, lifted one leg, and then the other. A stranger to himself, he watched his own body, a machine-like creature, advance up the slope toward a rock just below the summit…The first Yugoslavian eight-thousand-meter summit.”[Read the full excerpt here]

The Adventure Game: A Cameraman’s Tales from Films at the Edge
Keith Partridge, Sandstone Press. (UK, 2015)

The Call of the Ice: Climbing 8000-Meter Peaks in Winter
Simone Moro, The Mountaineers Books (USA, 2014)

The Tower: A Chronicle of Climbing and Controversy on Cerro Torre [ click here to read an excerpt]
Kelly Cordes, Patagonia Books (USA, 2014)