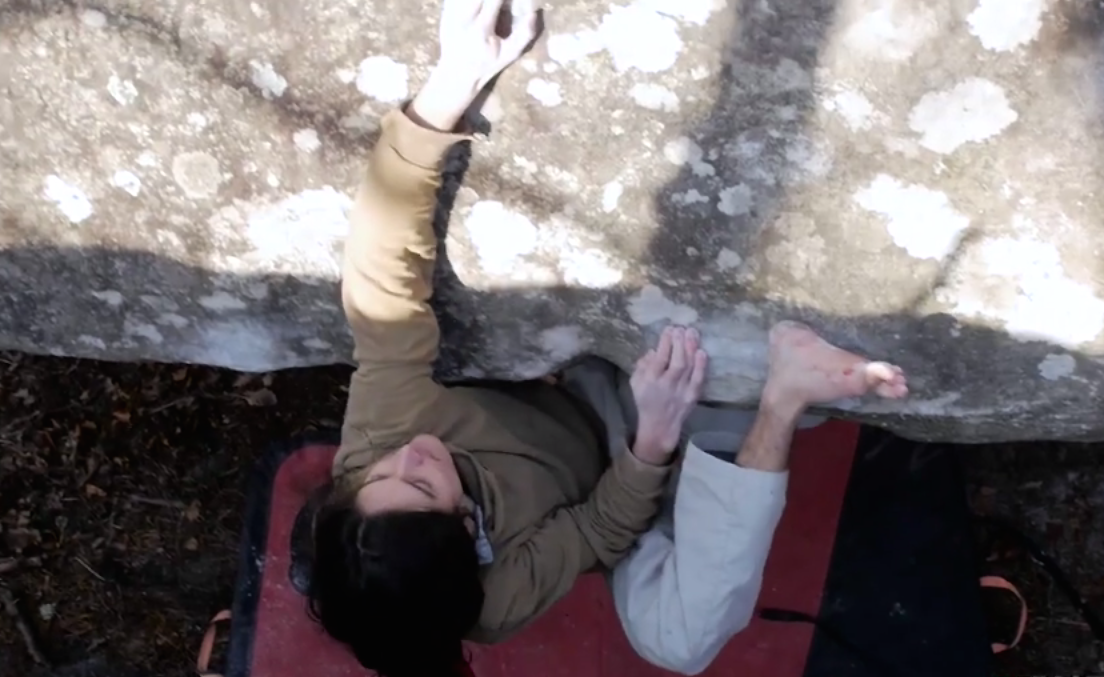 “No, you aren’t dreaming!” Albert said in an interview with Fanatic Climbing.
He was working the right exit (~V15), a variation around the chipped holds established by Nalle Hukkataival in March and repeated by Alban Levier last week, when he saw Seb Frigault trying the left exit, “with this superb shoulder move,” he said.
“…it looked so nice so I wanted to try it this way.”

Despite the missing crux holds, and no climbing shoes, Albert topped-out during his first session focused on the line, with five or six sessions on the
boulder overall. He suggested a new grade of 8B+ (V14).

Albert began climbing barefoot three or four years ago, inspired by films of Patrick Edlinger. “For me climbing
is better barefoot because the footwork is harder,” he tells Fanatic Climbing. “With climbing shoes, you have just to find the right angle
to get the friction on the foot hold. Barefoot, you must choose whether to crimp with your toes or not, you need to be precise with the position of
your toes in the foothold like you do with your fingers on handholds.

“So for me it’s more focused and more complete. This is this game that I love. Climbing shoes suck! Barefoot your feet aren´t squashed and they don´t smell!”