Sneak peek of some of the best new climbing gear of 2016 shown at the summer Outdoor Retailer. 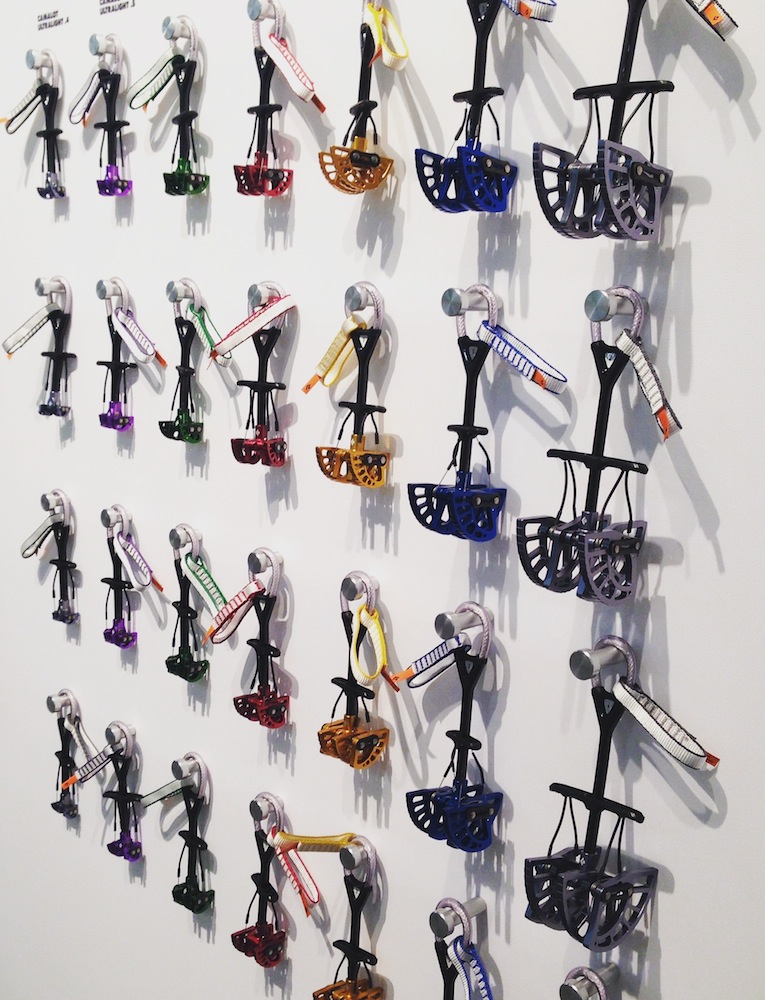 Now, thanks to the engineers at Black Diamond Equipment, there’ll be no arguing over who hauls the après climbing beverages to the summit of a desert tower.
BD managed to cut the weight of the classic C4 Camalots by 25-percent in their new Ultralight Camalots for 2016.

To lose the weight, BD replaced the steel cable stem and swage with dyneema; lightened the sling; and added more cutouts in the cam lobes. Compared to
the C4’s, they have the same range and the same profile, but weigh a whole lot less—enough so, that across a full rack, you probably wouldn’t
notice those tallboys in your climbing pack.

But the saved weight comes at a cost—the Ultralights are significantly pricier than the old C4’s. 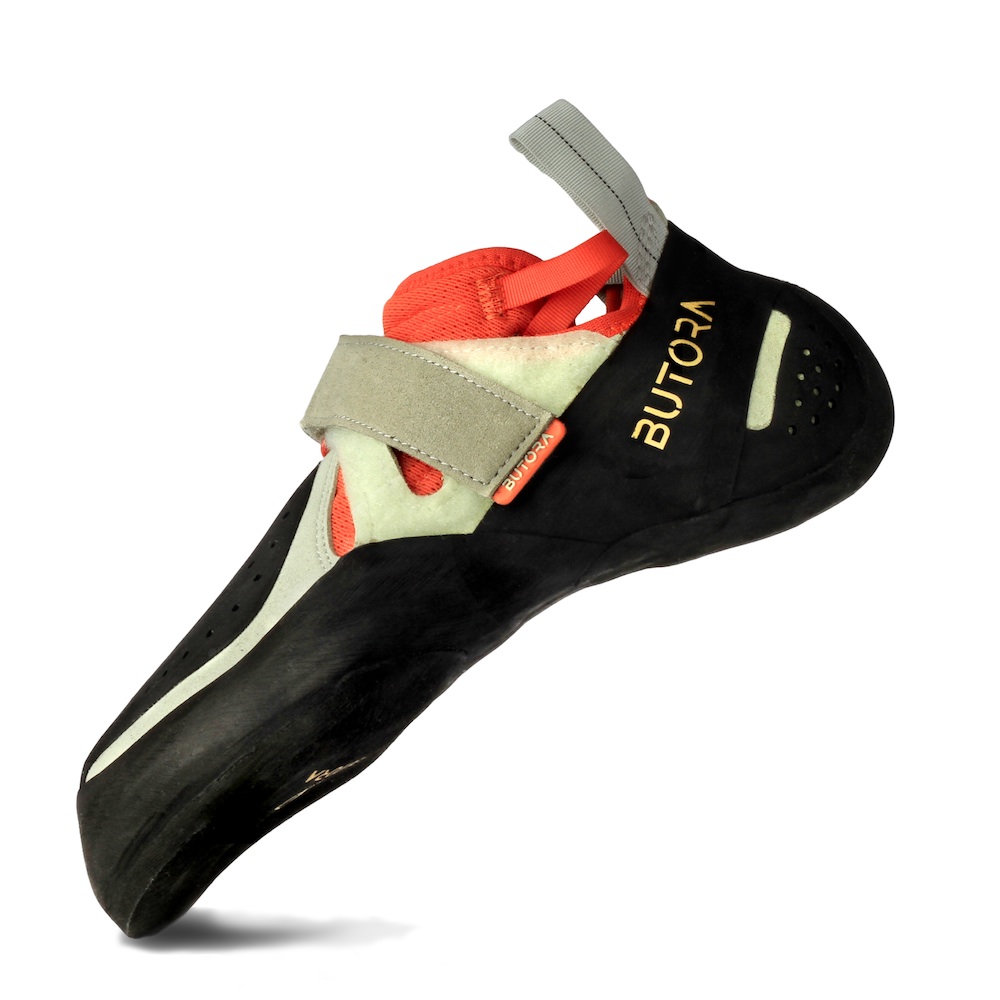 These shoes rock. The Acro, leading the Butora lineup, is an aggressive, downturned performance shoe that’ll give the favored La Sportiva Solution a run
for its money.

Butora—a Korean climbing shoe company, debuting on the U.S. market this fall—nailed the fit of the Acro. These shoes have more rubber than
Planned Parenthood but are as supple and sensitive as any. And despite being difficult to get into, the shoe is surprisingly comfortable, even with
an air-tight, toe-curling performance fit.

I was lucky enough to get my hands on a pair a few months back and now they’re my go-to shoe for steep sport and bouldering. For my feet, the fit is as
close to perfect as it could get. Pressure is evenly distributed and there’s not a single point of pain—which means I don’t have to frantically
rip them off between redpoint burns.

The Acro comes in two fits: A narrow/Women’s (blue) or wide (orange) for fat American feet.

The Acro, like all Butora shoes, are well designed and immaculately constructed. Keep your eyes out for these once they hit the shelves—they’ll disappear fast. 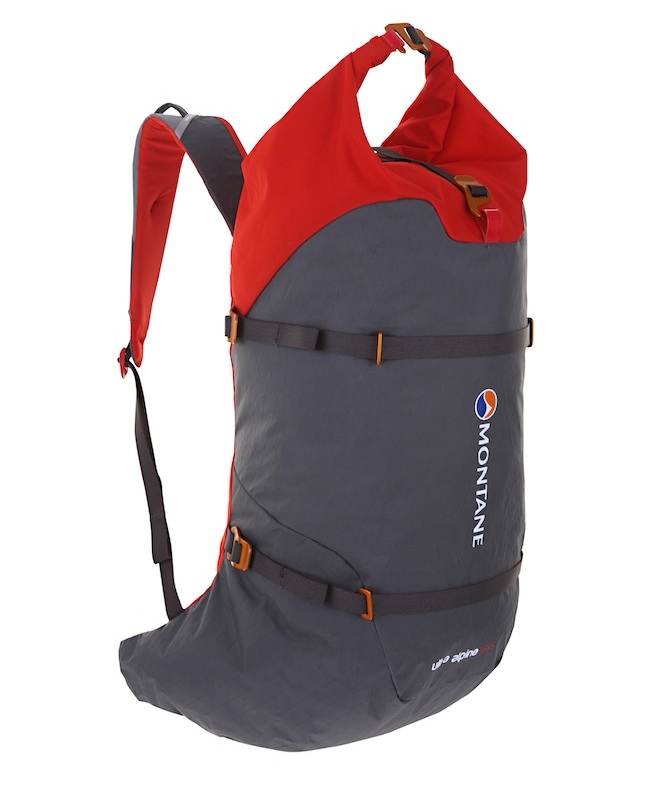 The Ultra Alpine is built with DWR-coated Dimension Polyant VX-21 fabric, reinforced with dyneema, to withstand years of hauling and abuse. The shoulder
straps allow mobility for climbing and the waist belt closes with a Kirkpatrick-special quick-release metal buckle—just in case you take the
plunge on that unharnessed, river Tyrolean.

The 38-liter pack has an expandable (extra five liters) roll-top closure for those long days in the mountains. 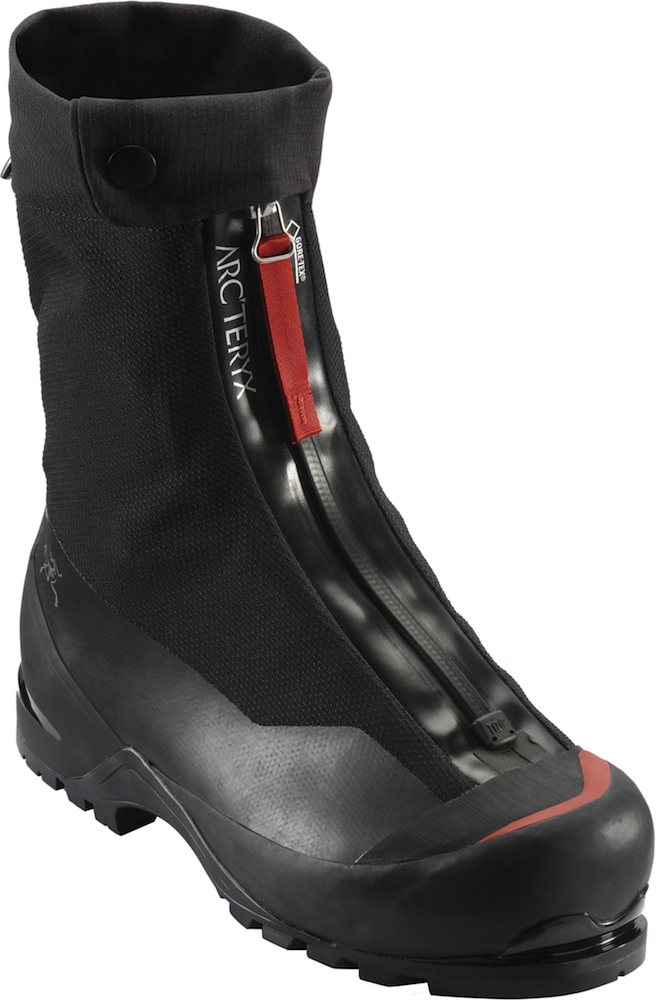 When in doubt, double up—but is this a double boot or a single boot? Well, kind of both. The new for 2016 Arc’teryx Acrux AR GTX alpine boot hosts
a three-layer GORE-TEX, and protective TPU film, outer “shell” and a removable foam-with-GORE-TEX liner. That’s, like, two layers of waterproof—for
the weight of one.

The hybrid Acrux climbs like a single boot but has the warmth of a double. And the removable liner, similar in design to last year’s Arc’teryx approach
shoes, allows for easy drying—crucial for multi-day mountain adventures or back-to-back days of hard climbing.

A Vibram sole, tough outer rand, and TPU heel and toe counters ensure you’ll get many years of clipping on crampons and hard kicking out of these.

With a carbon fiber and expanded PU foam core insole, these bad boys are stiff too, preventing flex and saving you strength during non-stop front pointing.
The carbon fiber achieves maximum stiffness while keeping the weight to a minimum.

The Acrux is the boot for higher altitude, high-end technical ice and mixed climbing or for climbing in those god-forsaken, sun-never-rises frozen landscapes.
Or if you just get cold feet easily. 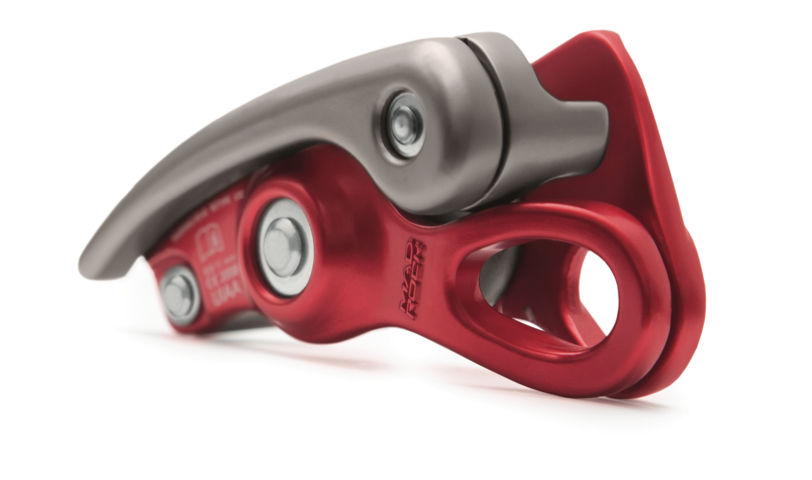 Mad Rock pulled out all the stops this year and went big, with the Lifeguard assisted belay device. A sleek-looking design, the Lifeguard is built from
hot forged aircraft-grade aluminum and stainless steel. The device handles single ropes from 8.9 to 11 mm, using standard belay techniques—same
as the Petzl GriGri—for both lead and top-rope belaying. 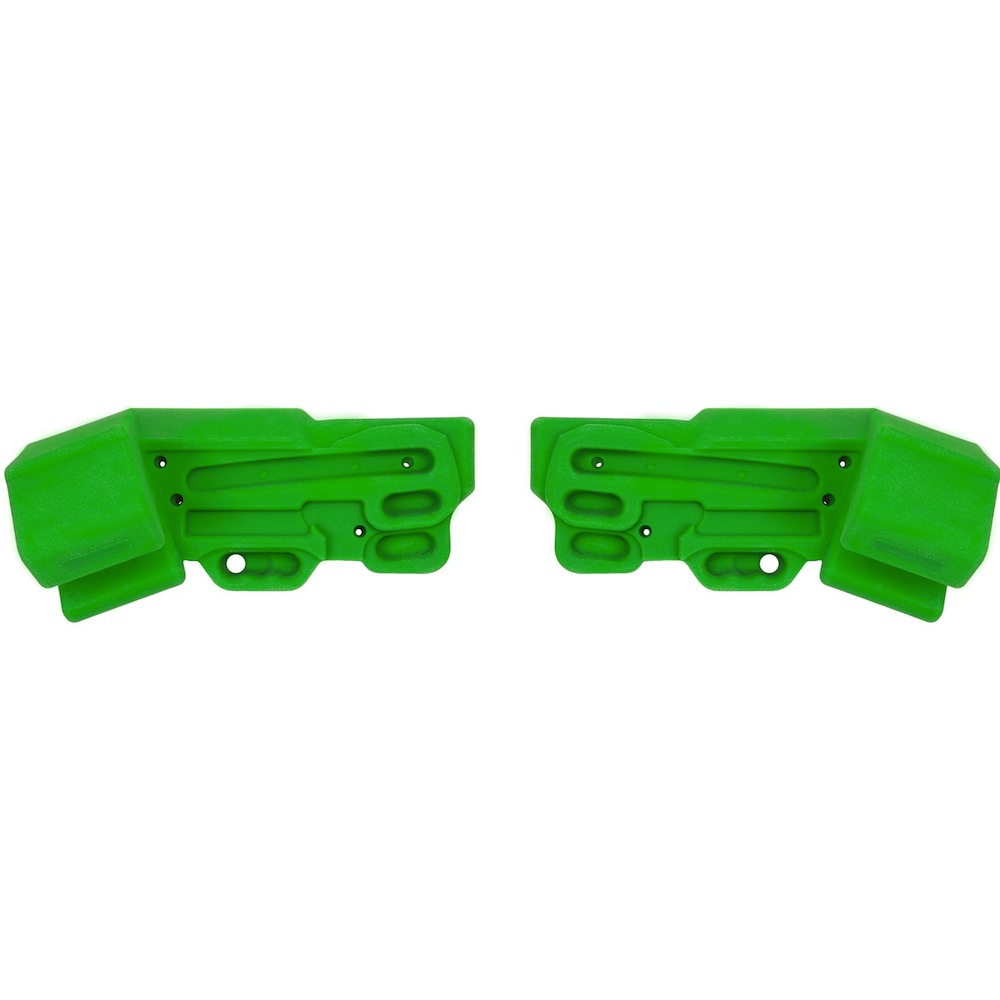 Trango came to fame with training aficionados after the introduction of the Rock Prodigy Training Center hangboard. For all you finger-hanging masochists, look out for the next generation Trango board, the Rock Prodigy Forge, coming September 1, 2015.

With the same split-halves design and similar hold layout, the Forge is the RP Training Center only more difficult—smaller edge profiles, steeper
slopers and a smoother texture throughout. Unique to the Forge, the hangboard features a closed-crimp grip with thumb catch—something you don’t
often see on a board.

Since all the holds of the green Forge are different sizes from its older brother, there’s no need to toss the blue board—just stick ‘em side-by-side
for increased variety and the ultimate, finger-cranking training setup.

You’ll be able to stick those pesky slopers, squeeze the juice out of pinches, and shake out on credit-card crimpers in no time. But don’t hold me to that. 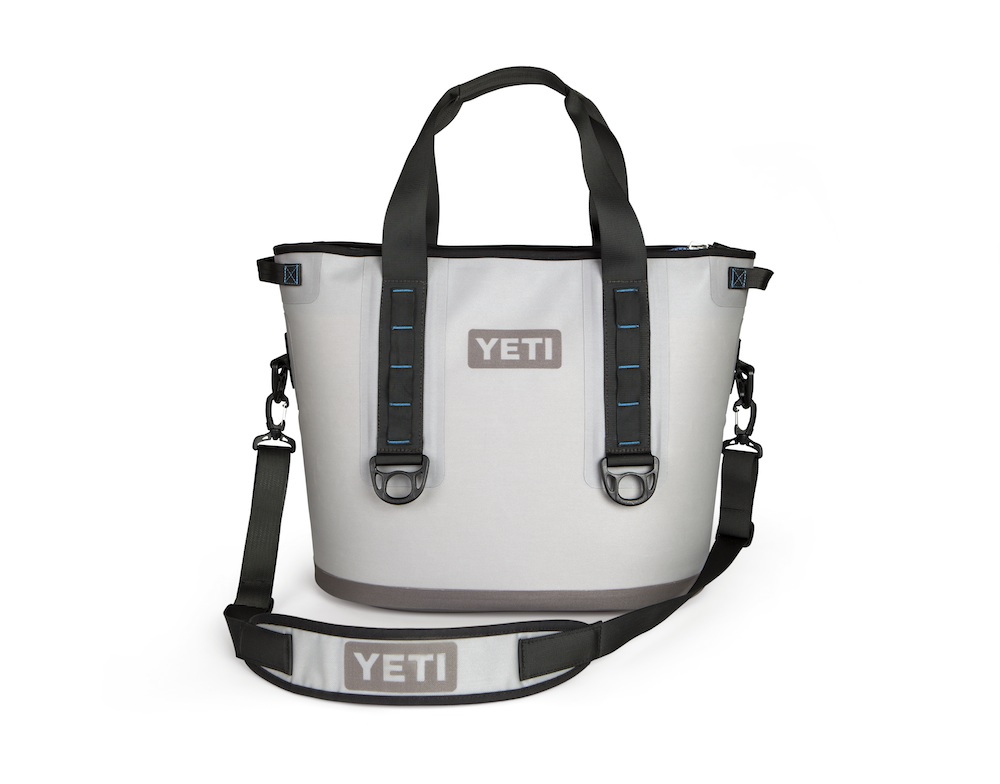 On top of the desert tower, Bowman reaches into Clint Eastwood’s pack to grab the sixer. “Jesus Christ, I better throw you off this pillar,”
Eastwood says. “Besides, it’s warm.”

Thankfully, the YETI Hopper 20 is on the market and cold beer is a thing of the past. This puncture-resistant, leakproof, soft-sided cooler will make you
the king of the crag—or bigwall, if you’re not afraid of hauling a little ice (and it could be hauled, from two strong haul-points on each side).

The YETI Hopper, with its inch of closed-cell foam insulation on the sides and one-and-a-half inches on the bottom, will keep your beverages or food cold
for days. It also has an anti-microbial lining that resists mildew, so no need to waste time cleaning it out.

For anyone who spends a lot of time at the crag, car camping, or living out of his or her car, the Hopper will ensure that your beer is always cold—that
is, if you can front the $300 price tag.

Seventy-five percent is the new one hundred percent…if that makes any sense. Metolius matched BD’s cam weight reduction with their new Ultralight
Master cams—and for a fraction of the price.

For 2016, Petzl redesigned their crampon line, with new bindings, anti-bot plates and most importantly, modular compatibility. Petzl made it possible to
take the front half of one type of crampon, such as the vertical front points of the Sarken, and replace it with the front half of a different crampon,
like the horizontal points of the Irvis.

With this system, you can cruise up a glacier or snowfield with the better purchase of horizontal front points, then switch over to vertical front points,
dual or mono, to crush that steep water-ice or mixed terrain of the upper headwall to the summit.

At six ounces, the Supercharger Shell is one of the lightest, fully taped waterproof jackets on the market. The shell is made from two-and-a-half layers
of Mountain Hardwear’s Dry.Q Active 15 D fabric. It features one outer chest pocket, an inner pocket, and a helmet compatible hood.