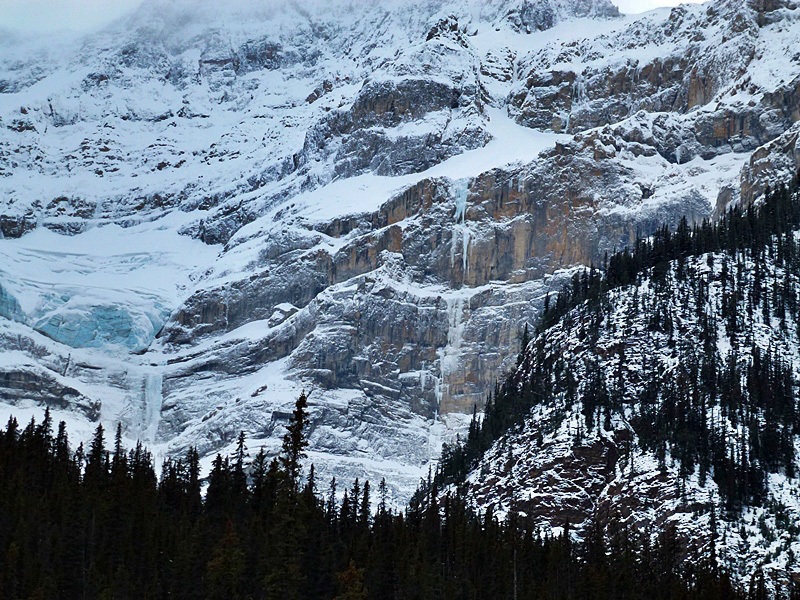 British climbers Nick Bullock and Greg Boswell are currently out in Canada wielding their axes, and so far they have had a very productive trip.

For those not familiar with Canada’s traditionally protected mixed routes, perhaps the biggest news is the repeat of Victoria’s Secret Deviation. The climb was put up by Raphael Slawinski back in 2007.

Commenting on the first ascent on Alpinist.com, Raphael Slawinski said:

“It was Christmas, and I was just getting over a cold. In other words, a mellow day seemed in order. That was how, in spite of the route sporting excessive amounts of ice, I ended up ticking Uniform Queen. However, while climbing the crux middle pitch, I was constantly distracted by a sinuous crack splitting the clean vertical wall to the left. I had just read about the hard new route The Secret on Ben Nevis; could this be the Rockies’ version? One thing was clear: I wanted to try the line onsight, using only natural gear. In the end the onsight attempt came to naught, as a combination of pump, thin ice, spindrift and frozen hands sent me for three increasingly long whippers. I had to be satisfied with coming back the next day and redpointing the line. But I did succeed in my other goal: puzzling out the climbing and the protection from the ground up. Given that the inspiration came from across the pond, Victoria’s Secret Deviation (M7+, 50 meters) seemed like an appropriate name.” 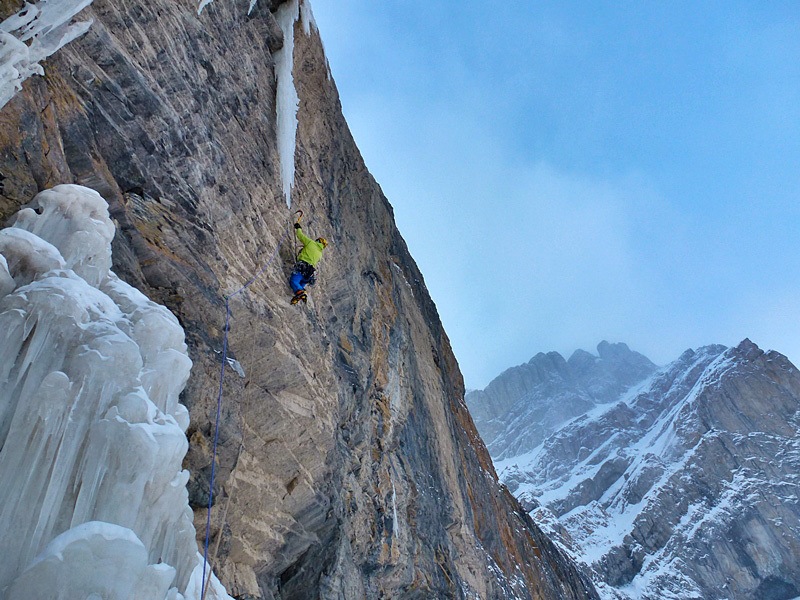 Fast-forward to the present day and Bullock and Boswell arrived at the base of this desperate and tenuous line. Boswell won the game of Paper, Scissors, Stone and had the honor of going first, climbing the route onsight, and making the third ascent (note to readers, don’t play paper scissors stone with Nick Bullock if that is what you win!). Boswell stripped the gear on abseil and Bullock then led the route first try, placing all his own gear.

Boswell commented on his ascent on his blog:

“After some time cleaning out the frozen and snowy cracks, I finally made it to the last few heart in mouth moves and eventually topped out with a huge smile on my face. I was super psyched to on-sight this route, as it meant a fair bit to me (and I think it was the third ascent). It was literally the photo of this route that made me want to come out to Canada three years ago, and now I’m finally here!”

Bullock has also been blogging about their climbs, and described their ascent of Rocket Man:

“Nine pitches – fat ice, thin ice, cruddy ice, unconsolidated snow, hard dry tooling, dripping daggers of clear frozen water, rotten rock. Images of Jon Walsh ripping a bolt when he pulled a hold are strong in my mind’s eye … and that descent – that descent had too many sideways abseils over hanging cliffs. Shining the beam of my head-torch while spinning on a thread my body aches with tension. I’m unable to see the end of the rope.” 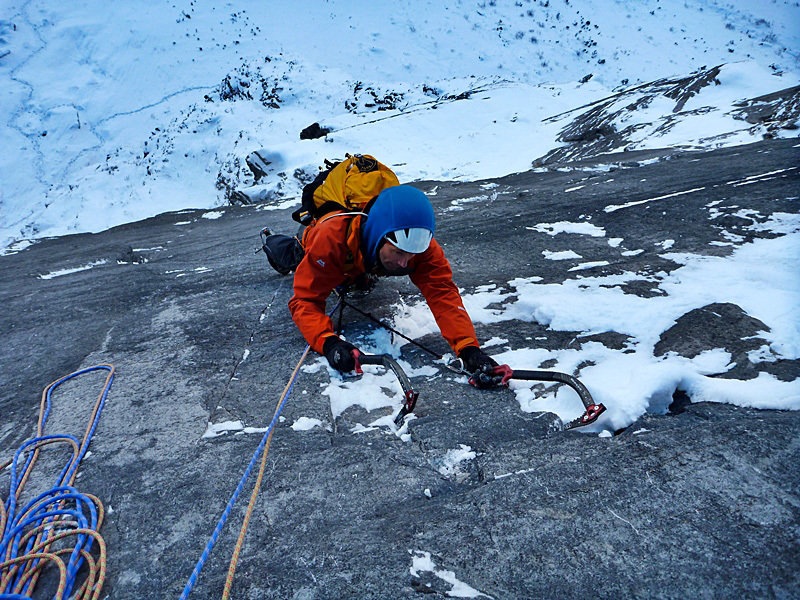 Perhaps more impressive than all of that climbing was Nick Bullock’s lancing of his infected big toe (Don’t watch that video if you don’t like toes)!

Check out Nick Bullock’s Blog and Greg Boswell’s Blog for more stunning images and great write-ups. What will they get up to next?!