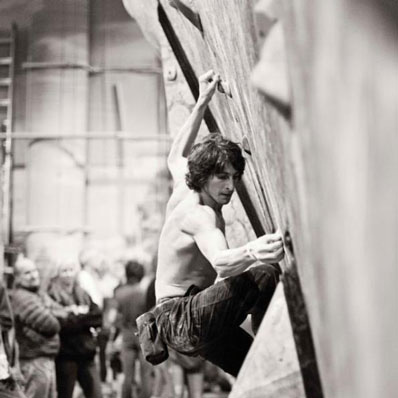 The International Federation of Sport Climbing has announced that speed climbing and bouldering will now be included in the bid for the 2020 Olympic Games. Originally, just lead climbing was considered for the 2020 Olympics, however, the International Olympic Committee (IOC) suggested that bouldering and speed climbing also be included in the bid after evaluating the 2012 Climbing World Championships in Paris where all three disciplines were featured. The announcement was made on March 9, at the IFSC Plenary Assembly in Shanghai. All three disciplines are now short listed for inclusion in the 2020 games along with baseball/softball, karate, roller sports, wrestling, squash, wakeboarding and wushu.

“Climbing represents one of the basic human motor skills yet to be represented in the Olympic Games,” said IFSC President Marco Scolaris. “Climbing is not an add-on or a variant of an existing sport already in the program, and does not overlap with any other discipline. Climbing means opening the window to the great outdoors and rounding out the Olympic Games with something that is clearly missing.”

The IFSC will present all three climbing disciplines to the IOC Executive Committee in St. Petersburg, Russia this May. The IOC will then decide which of the eight short-listed sports will make the cut.

“We are at a turning point in sport climbing history with sport climbing short-listed for the 2020 Olympic Games,” said Scolaris. “Each one of us must work towards the success of our bid.”