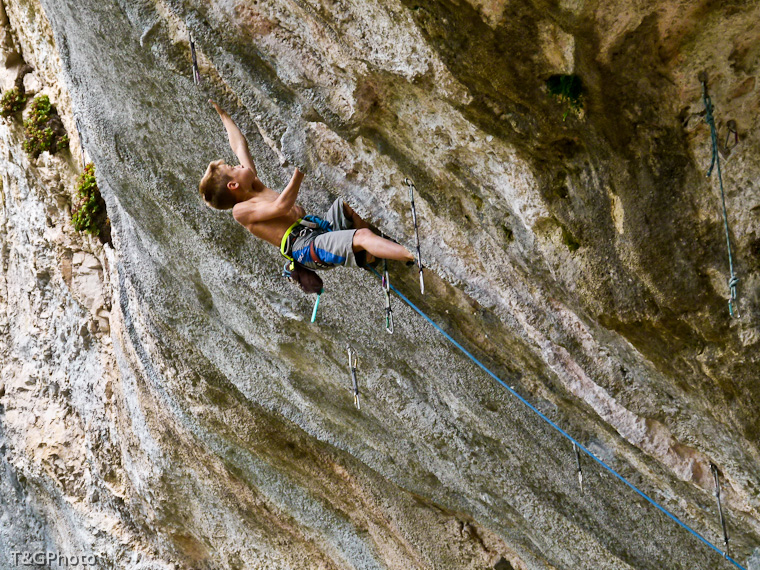 The second Memorial Tito Traversa Boulder Cup will be held in Ivrea, Italy, on June 13 and 14 to remember Tito Traversa, a talented Italian youth climber who died in a tragic climbing accident in July 2013 at the age of 12.

The competition is part of the Eporedia Active Days (EAD), which includes a variety of outdoor events and competitions for sports including kayaking, orienteering, mountain biking, trail running and slacklining in addition to bouldering. The event is open to climbers of all ages and ability levels and is broken into four sections: Open, Under 14, Under 12 and Under 10. The men’s and women’s open section will compete on Saturday and the U14, U12 and U10 youth competitions will be held on Sunday.

EAD’s aim, especially among its younger competitors, is to spread the value of fair play combined with fun with others, reports Italian climbing website, Planetmountain.com.

On July 3, 2013, Traversa took a 50-foot ground fall after sending a 5.10d warm-up on a trip in Orpierre, France with nine other youth climbers from his local gym and two instructors certified by the F.A.S.I., the Italian Climbing Federation. The bottom carabiners of the newly purchased quickdraws he borrowed for the route were only attached by the “keepers,” plastic or rubber devices meant to keep the carabiner from crossloading and protect the nylon sling from wearing. Traversa fell after he weighted the anchor and seven of the 12 draws he placed failed before he hit the ground. He was airlifted to a hospital in Grenoble, France, where he passed away two days later from severe head trauma. Manslaughter charges have been filed against the instructors leading the trip.

“Tito could be an inspiring model for the younger generation. He could help kids build self-confidence and understand that reaching their dreams is possible providing they work hard with resolution and responsibility,” said Elena Garda, a member of the EAD organizing committee.

For more information, a schedule of events and to register for the competition, visit the EAD website.