A Belgian-Swiss team of five has traveled to Namibia, mostly undeveloped when it comes to climbing, in search of some quality boulders.

In an e-mail sent to Rock and Ice, Stephane Hanssens of Belgium writes: “The purpose of the adventure was to search some major lines. We didn’t have much information about the climbing possibilities, neither what had already been done and the location of good bouldering areas. What we needed the most was information about the quality of the rock.” 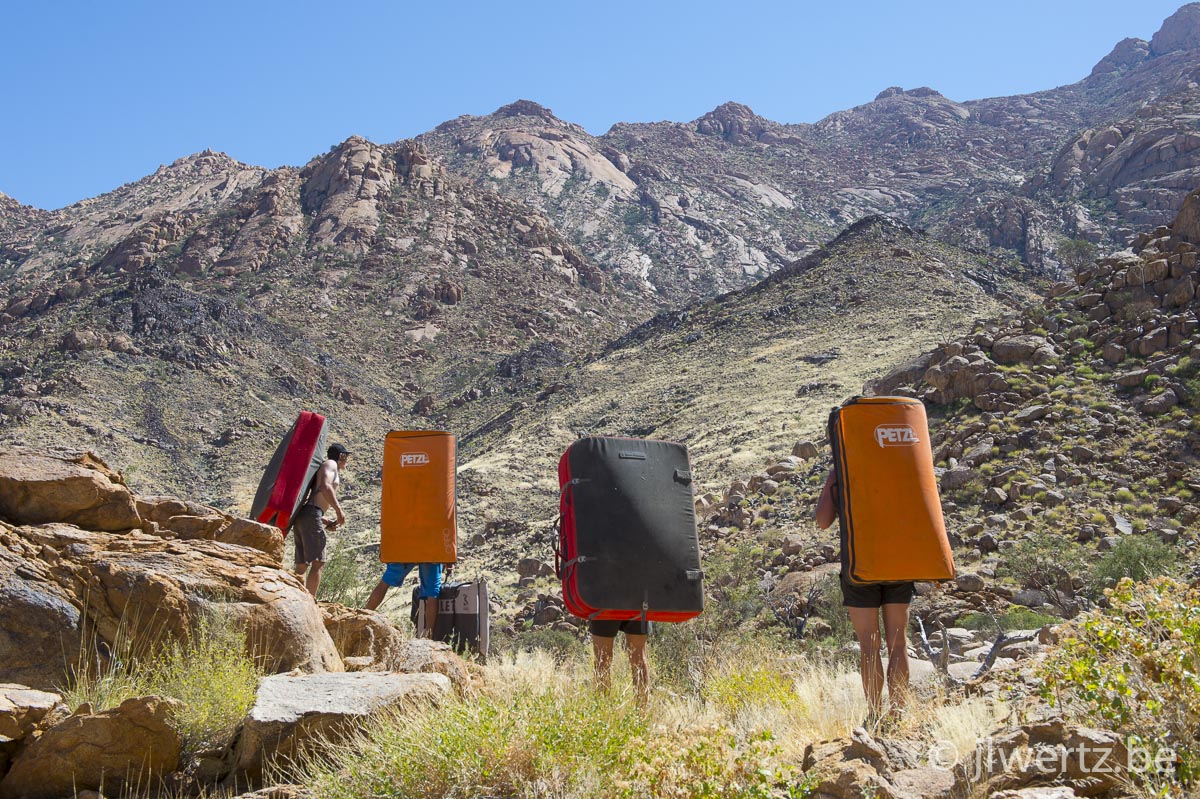 Hanssens was joined by the Swiss climber Nils Favre, Nathalie Hanssens of Belgium, Switzerland’s Viviane Monteiro, and the photographer Jean-Louis Wertz of Belgium.

The team explored three areas in detail: Brandberg, Klein Spitzkoppe and Mont Etjo. Mont Etjo proved to have the most potential for further development.

“In the end, we found a class site [at Mont Etjo]. A quantity of blocks of high quality,” said Favre.

“I had the opportunity to open Madisa (V13), a line that I like, an overhanging arch of several meters, a dream block. “ 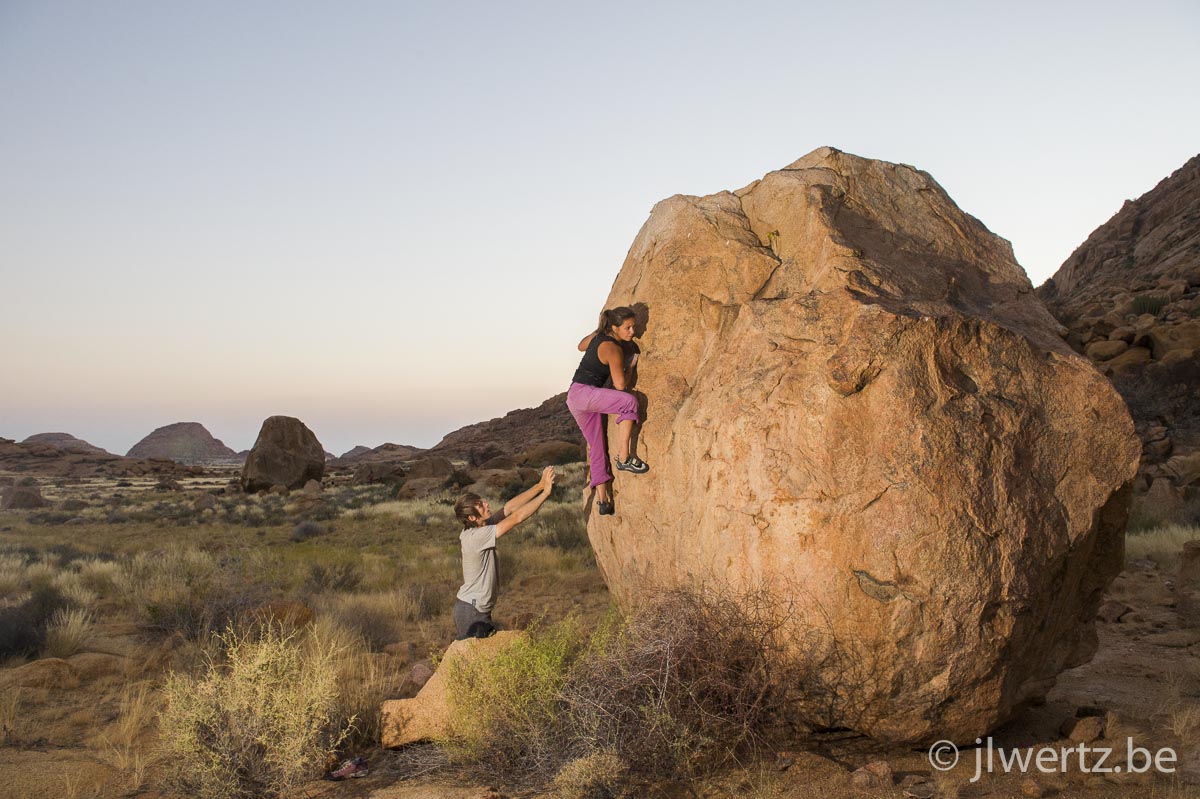 Having battled poor rock conditions for much of their trip, the crew established a number of problems graded V9 and harder

“It’s exhausting searching for boulders. Most of the time you get disappointed,” Stephane Hanssens wrote on his website. “In Namibia we had this spirit a lot actually. But sometimes, it works.”

A series for Epic TV and a complete film are currently in production. 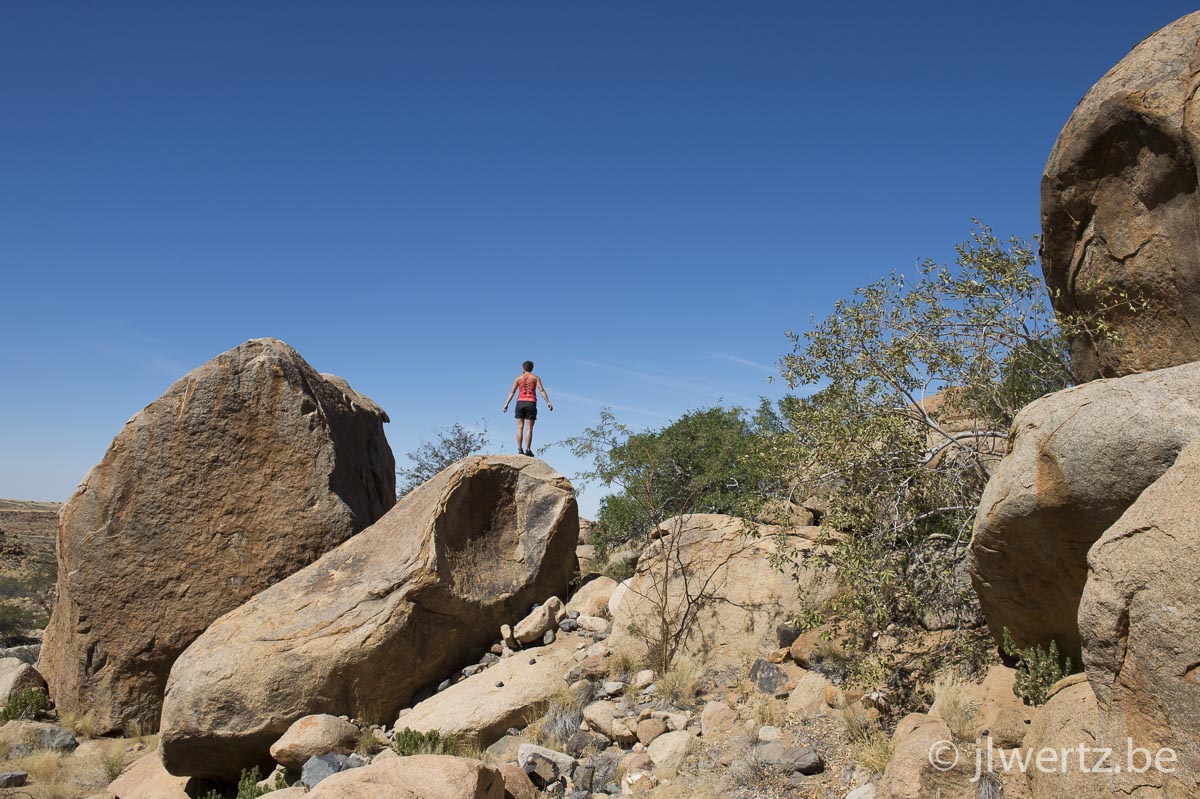 Although tourism has been heavily affected in Africa due to the Ebola outbreak in West Africa, Namibia is almost 3,000 miles from Liberia, where the virus has caused devastation. In Namibia, which borders South Africa, no Ebola cases have been reported.