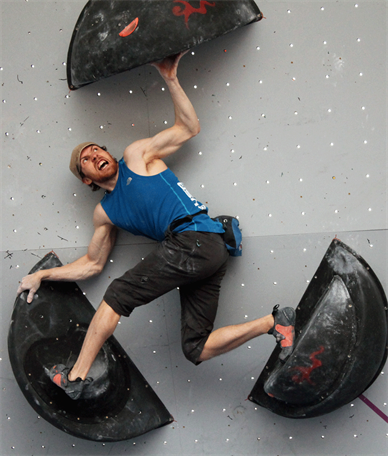 One hundred ten elite boulderers from
around the globe will descend on Vail, Colorado this weekend for the penultimate IFSC Bouldering World Cup of the 2016 season. The competition, held
during the GoPro Mountain Games, is the only bouldering world cup on U.S.
soil.

Qualifiers will take place on Friday, June 10, starting at 9 a.m. for men followed by women at 3 p.m. Semi-finals, for both men and women, begin at 10
a.m. on Saturday, and finals will take place at 4:30 p.m. The awards ceremony will proceed immediately after the conclusion of finals.

Semi-finals and finals will be streamed live.

Eighteen women and 19 men from the U.S. will be competing, including Megan Mascarenas, Colorado-native and the returning female champion. Last year, at 17 years old, she took first place out of a field of 52 women. It was her first ever world cup victory.

Alex Puccio, another home-crowd favorite, will also be competing this weekend. This is her first bouldering world cup since she tore her ACL, MCL and meniscus
while warming up before qualifiers at the world cup in Vail a year ago.

The injury ended her competition season but she remained positive and put her energy into a comeback.
A few months after she had surgery on her knee, she was back on real rock, sending V13 with a knee-brace on. 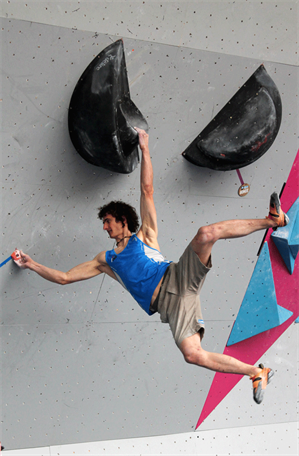 Daniel Woods is coming out of the woods to compete alongside Carlo Traversi and Nathaniel Coleman—who
placed second last year in Vail.

Great Britian’s Shauna Coxsey, who has won four boulder world cups this season, has a chance to secure her victory in the overall standings. She holds
a strong lead in the overall rankings with
437 points, ahead of Miho Nonaka of Japan in second with 319 points and Melissa Le Nevé of France in third with 298. Mascarenas, the top overall female
for the U.S. currently sits in 14th.

On the men’s side, it’s anyone’s game for the overall podium places. Japan’s Tomoa Narasaki holds a slight lead in the overall rankings with 298 points, ahead of his countryman Kokoro Fujii with 289 points and Russian Alexey Rubtsov with 262.

If you’re at the competition, make sure to stop by the Rock and Ice booth by the climbing wall to say hello, grab some magazines and test your
strength in the hangboard and pull-up competitions. If you can’t make it, you can watch the competition live on rockandice.com. Check back for results
and a recap.

The next and last IFSC Bouldering World Cup of the season will take place on August 12 and 13 in Munich, Germany, but before then, the lead climbing world
cup season will kick off in Chamonix, France on July 11 and 12.

Check out the photo gallery and highlights video from last year’s world cup in Vail.