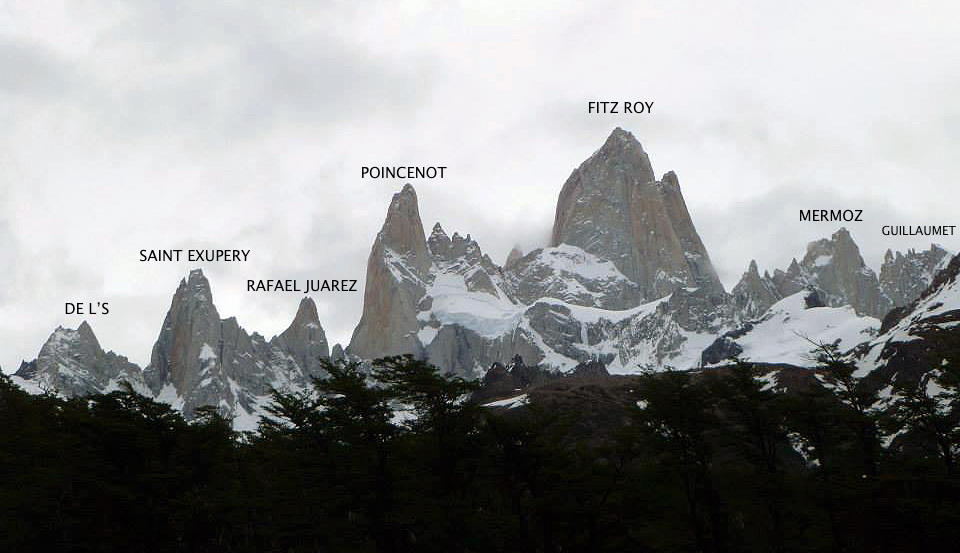 Before sunrise, Brette Harrington stood on the summit of Aguja De l’S—a
vertebra in the granite spine that makes up the Fitz Roy massif in Patagonia. She had just free soloed a 350-meter route, Austríaca (6a/5.10b),
and quickly rigged her 80-meter rope to rappel back to the Col de los Austriacos below so she could begin climbing the higher, adjacent tower of Saint-Exupéry.

She was on route at 3:10 a.m., climbing by headlamp. “Despite the super cold temps and a strong wind, the climbing went really smooth,” Harrington
tells Rock and Ice.

Ropeless, she powered through the crux, “a stemming shaft with a fist-crack on the right and an offwidth on the left, and legs pressing against each wall,”
she says. “Once atop the chimney I came to some grooves over an arête. This was the most insecure section as it was super windy at the time and quite
slabby.”

Hans Bärnthaler and Ewald Lidl, two Austrians, established the route in 1987 from the east (it can also be climbed from the west). According to pataclimb.com, Austríaca has seen a number of solo ascents, by Charlie Fowler in 1996, from the west, Colin Haley in 2011,
from the west, and Josh McClure in 2012, as part of a solo link-up of Saint-Exupéry and Aguja de l’S—all American climbers. It’s likely that
there have been other, unreported solo ascents, but Harrington’s is the first known free solo.

By 6 a.m., she was down from Aguja De l’S, having completed Austríaca in two-and-a-half hours. An hour later she reached the base of Saint-Exupéry,
the second peak of her link-up. 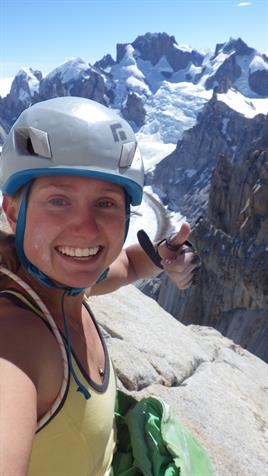 first free-solo ascent of Chiaro di Luna (5.11a) on Saint-Exupéry, becoming the first woman to free solo a tower in the
Fitz Roy massif.

Yet, despite gaining notoriety in the climbing world for this free solo, Harrington wouldn’t classify herself as a free-soloist—she doesn’t even
consider her free solos bold.

“I know when I’m being bold,” she told Rock and Ice for a Spotlight article (issue 230, November 2015). “Keeping my mind together is one of my
strengths.”

But she also said that if it doesn’t feel right, she’ll back off.

In the crux pitches on Saint-Exupéry, she began to solo climb with daisy-chains, thinking that she would feel better after warming up, but it didn’t help.
“…so I bailed,” she says, “and hiked back to town that evening.

“Hopefully I’ll recover soon here so I can keep climbing!!!”