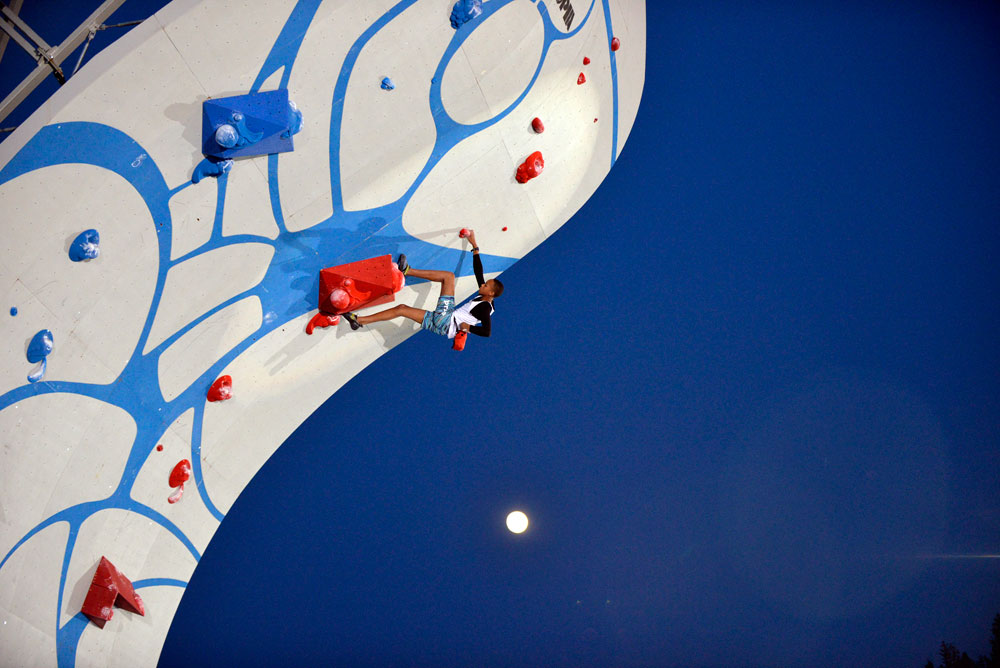 The 2014 Clif Bar Psicobloc Masters Series just concluded here in Park City, Utah, and the comp was even more exciting than last year’s inaugural event. The finals routes, set by the deep water solo master from Spain, Miguel Riera, and the legendary Spanish sport climber Dani Andrada, along with Utah’s perennial favorite comp climber Steven Jeffrey, were a touch easier than last year—according to event organizer Mike Beck, the women’s route was 5.13a and the men’s 5.13d—but that promoted a go-for-it style that favored speed and boldness over beastly strength.

Though the grades don’t seem that daunting for today’s incredible talent, keep in mind that the winners had to climb the 50-foot lines four times with just a few minutes between heats—and climb knowing that the price for failure would be a stinging slap into the drink. Isaac Caldiero, for one, slammed into the water so hard yesterday in the prelims that he burst his eardrum. Psicobloc is not for sissies. 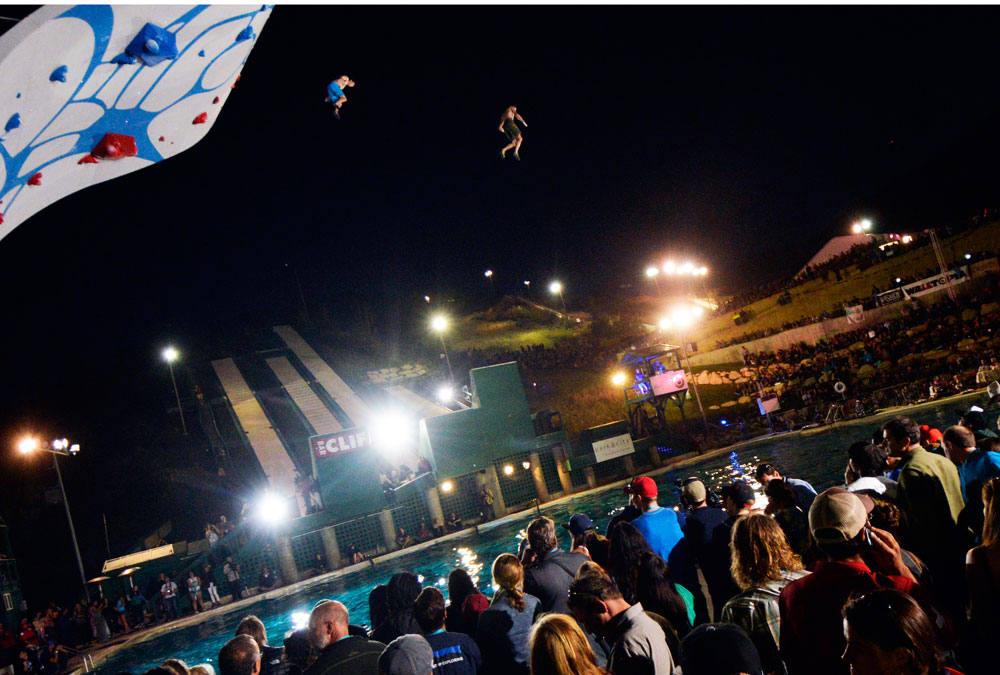 The women’s comp offered the biggest surprise of the evening as Kyle Clinkscales’ and Kim Puccio’s Team Texas dominated. Five of the 16 finalists hailed from the Lone Star state. Alex Puccio, Delaney Miller, Clair Buhrfeind, Margarita Marsanova, and Grace McKeehan went up against some of America’s best, including Sasha DiGiulian, Ashima Shiraishi and Alex Johnson. By the third round, however, only Texans remained and the 16-year-old Buhrfeind, an open qualifier from Plano, edged out Miller (fresh off her seventh place finish in the Imst, Austria, World Cup) for the win.

In the men’s finals, a posse of rock stars vied for a share of the $31,000 cash payout, possibly the largest purse in climbing competition. The third round pitted Sean McColl against everyone’s favorite Chris Sharma. McColl managed to bump out Sharma, but only by doing a footless cross over at 40 feet above the water, and literally romping up the 50-foot 5.13c in an astounding 32 seconds. The last round saw McColl lining up against Daniel Woods. But even Woods, with his fabled power couldn’t beat McColl who looked like a human bullet as he fired up the route for the win. 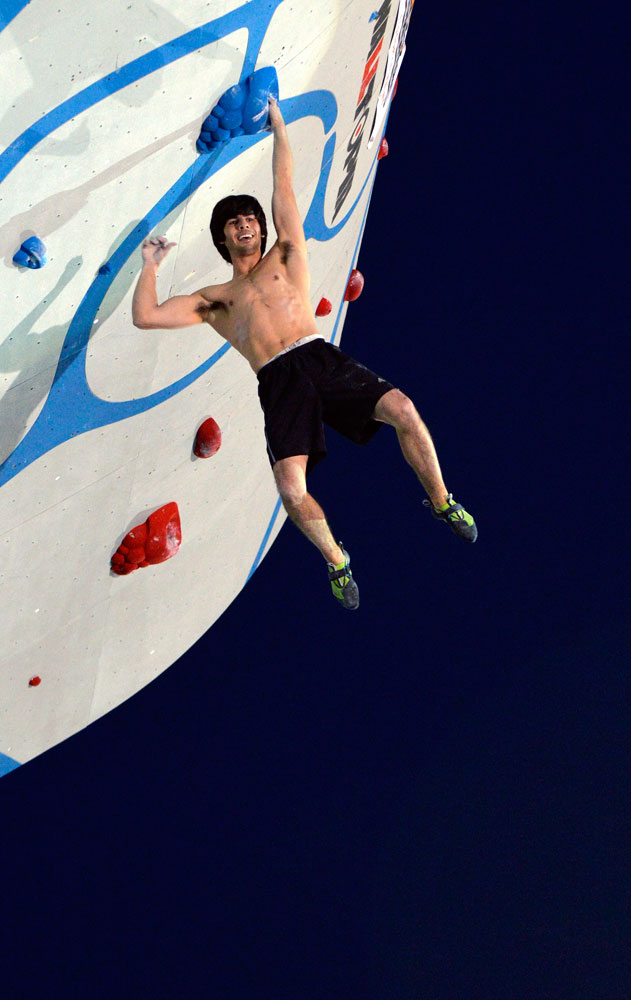 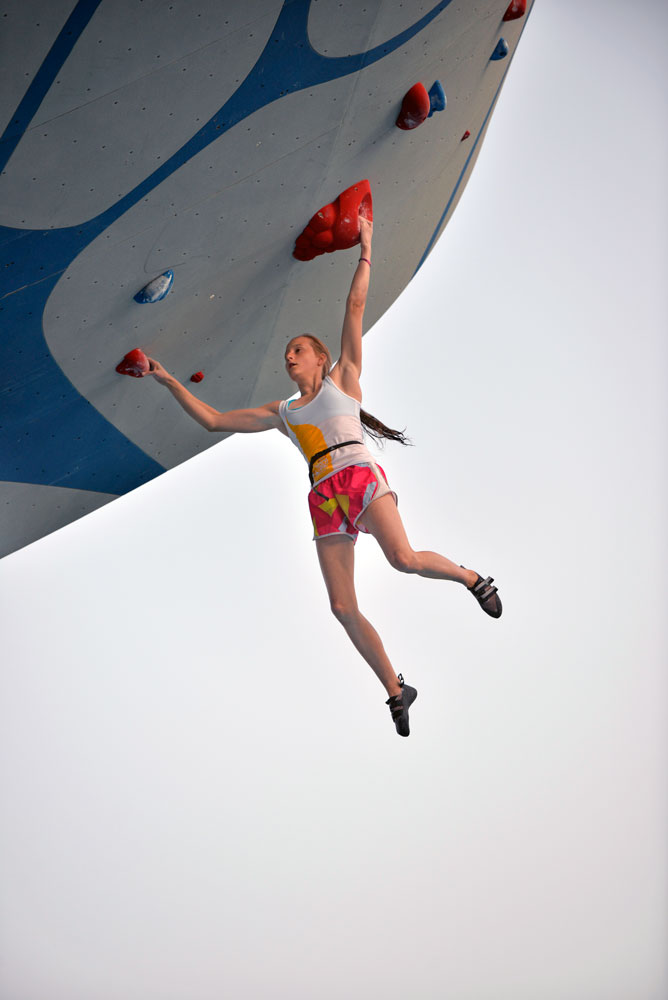 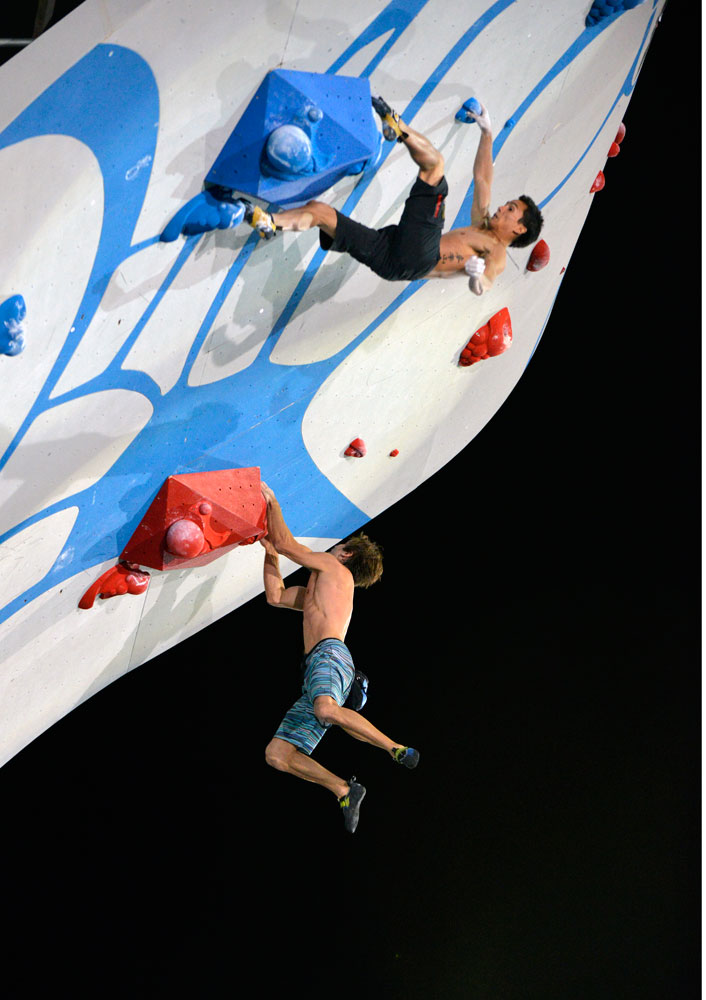 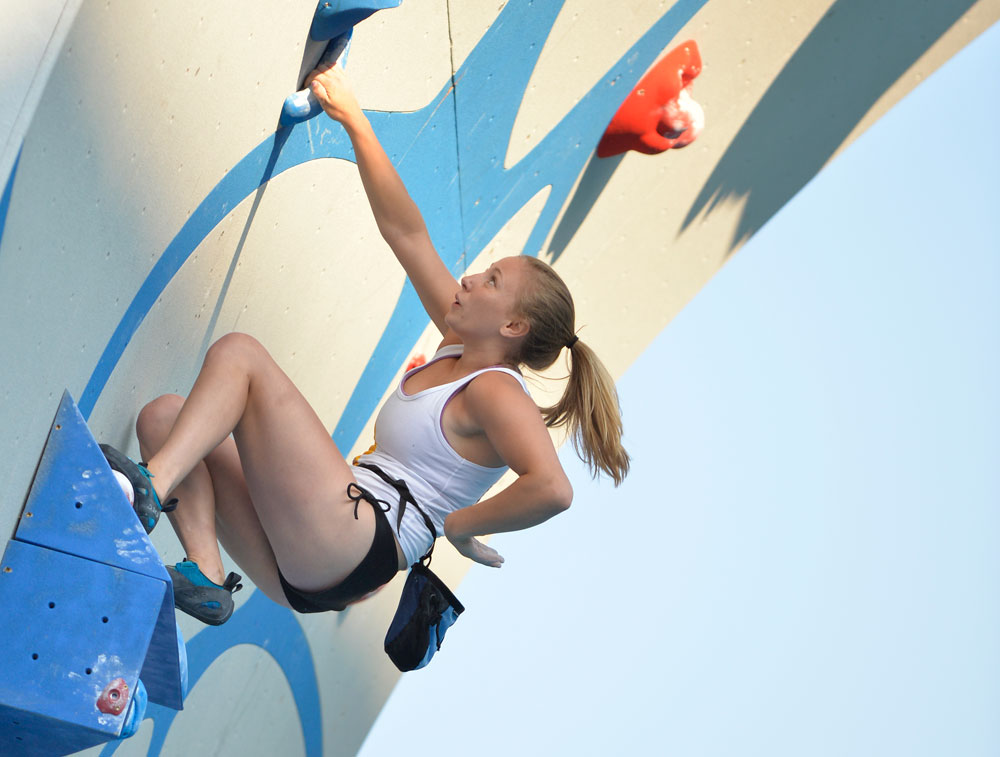 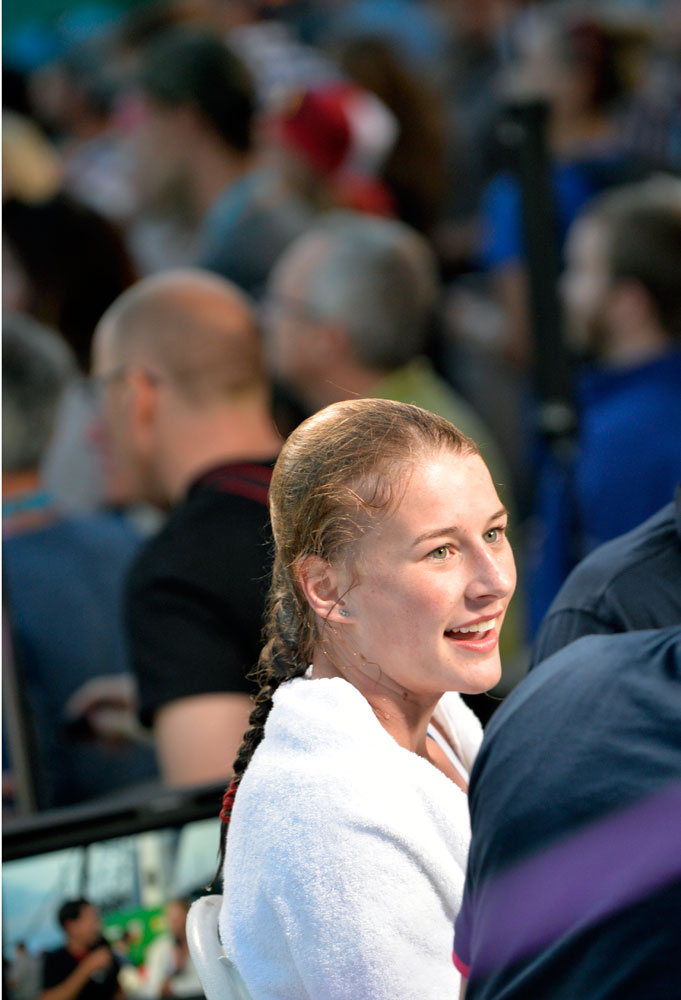 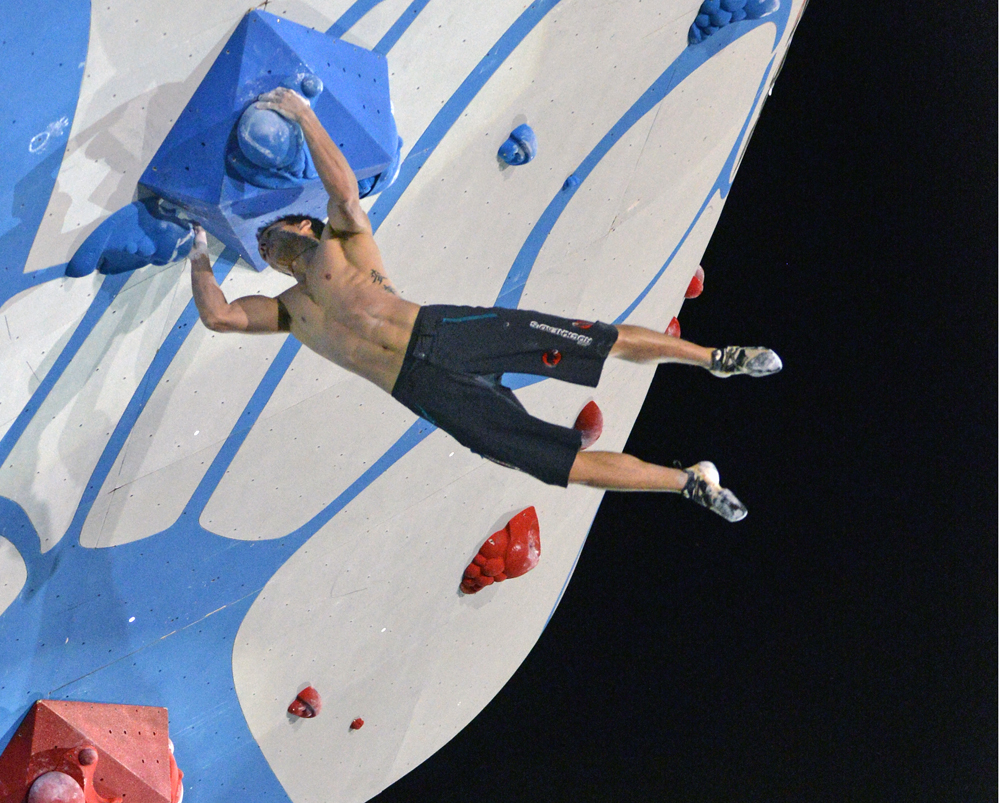 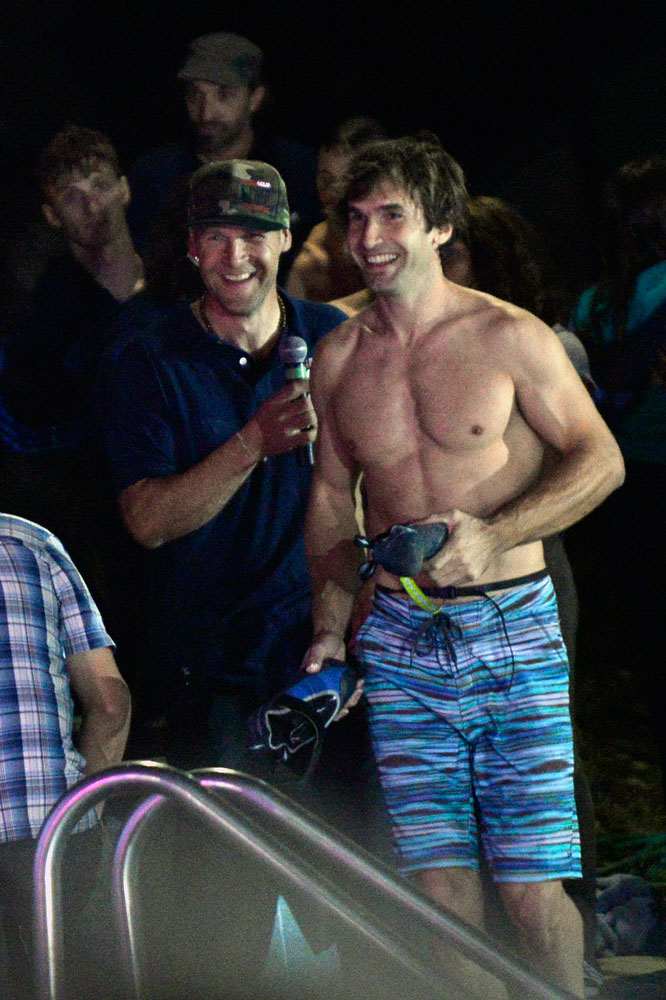