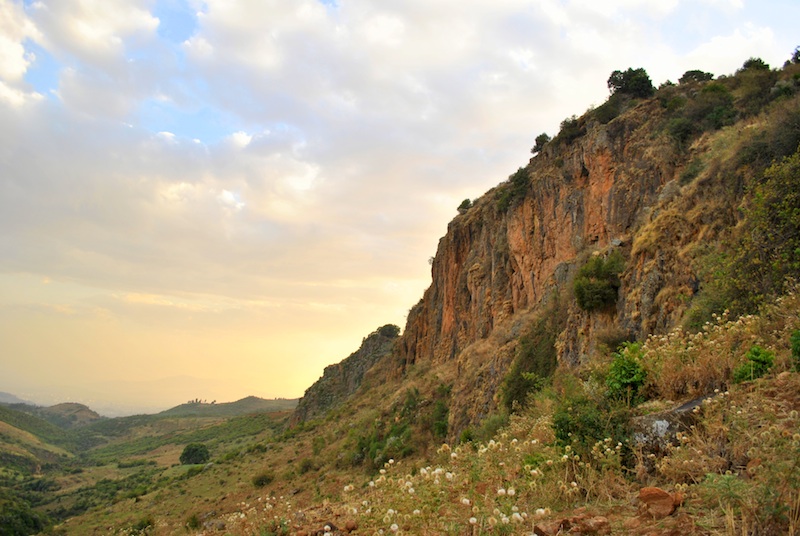 In Ethiopia, there is a lot of rock. Aside from the priests, though, not many people have climbed it. For most, the history of modern sport climbing in Ethiopia starts in 2008 with a picture book about a group of women jamming their way up near-perfect cracks in the Gheralta Valley. However, in 2005 Belgian climbers had developed a trad limestone crag called Waseya in the Tembien Mountains. And before the Belgians, way back in the 90s, an American climber had bolted a couple mixed sport routes in the Entoto Mountains near Addis Ababa.

Add in a few dozen climbing expeditions, from Pat Littlejohn to Edu Marin, and you have catalogued almost everyone who has rock climbed in Ethiopia.

Although the list is short, the climbing potential in Africa’s most mountainous country is enormous. Many factors have kept Ethiopia out of the minds of climbers and tourists, but images of drought and famine have been perhaps the most devastating. For too many, Ethiopia is the face of African poverty and, for a generation of American children, it is the reason that you should finish your dinner. Nothing could be further from reality. 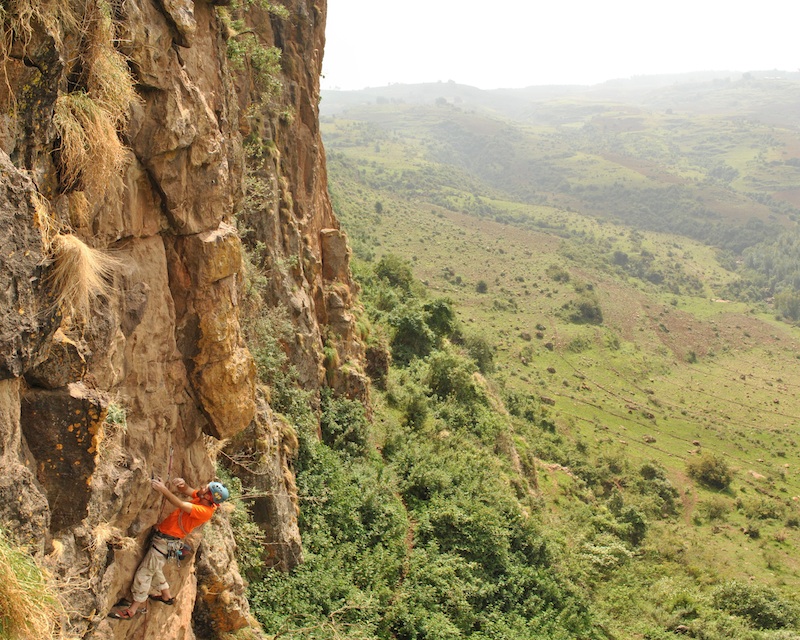 Armora Gedel—meaning “hawk’s cliff” in Amharic—is the next chapter. The crag was born this year in the hands of a small expat crew living in Addis Ababa. The 60-meter vertical basalt wall sits at 2800m (9,186 feet) above sea level near the Farensay neighborhood north of the city. The rock is a symphony of brown, black, and orange features spotted with green and yellow lichen. Lines vary from cracks to pockets to edges and slopers. There are currently 12 anchored routes ranging from 5.9 to 5.12 offering multi-pitch, sport, trad and mixed climbing on high quality rock.

Armora Gedel is located near Kile, a village perched above the cliff in a valley where farmers cultivate wheat and teff, a species of grass native to Ethiopia. Here, like most of rural Ethiopia, farmers use oxen to plow the fields, depend on the rainy season, and integrate their children into the cycle of agriculture at an early age, producing shepherds instead of students.

Climbers who want to spend a couple days can set up a tent in the village or just hit Kile’s bar for a shot of araki (liquor) or a beaker of tej (honey wine) after a day of crimping. The true test piece for adventure climbers coming to Ethiopia is being able to accept layer after layer of hospitality without acting the foolish foreigner. Accept the three cups of coffee with a smile, leave a small tip, and show respect for the farmer’s wheat fields.

When little Wubalem and his friends show up at the base of the cliff with harnesses and climbing shoes, don’t be surprised when they tie on with a figure eight!

For more information about rock climbing at Armora Gedel and other destinations in Ethiopia, contact nico.parco@gmail.com

Check Mountain Project for Getting There and Route Info:
http://www.mountainproject.com/v/armora-gedel-ethiopia/108086661