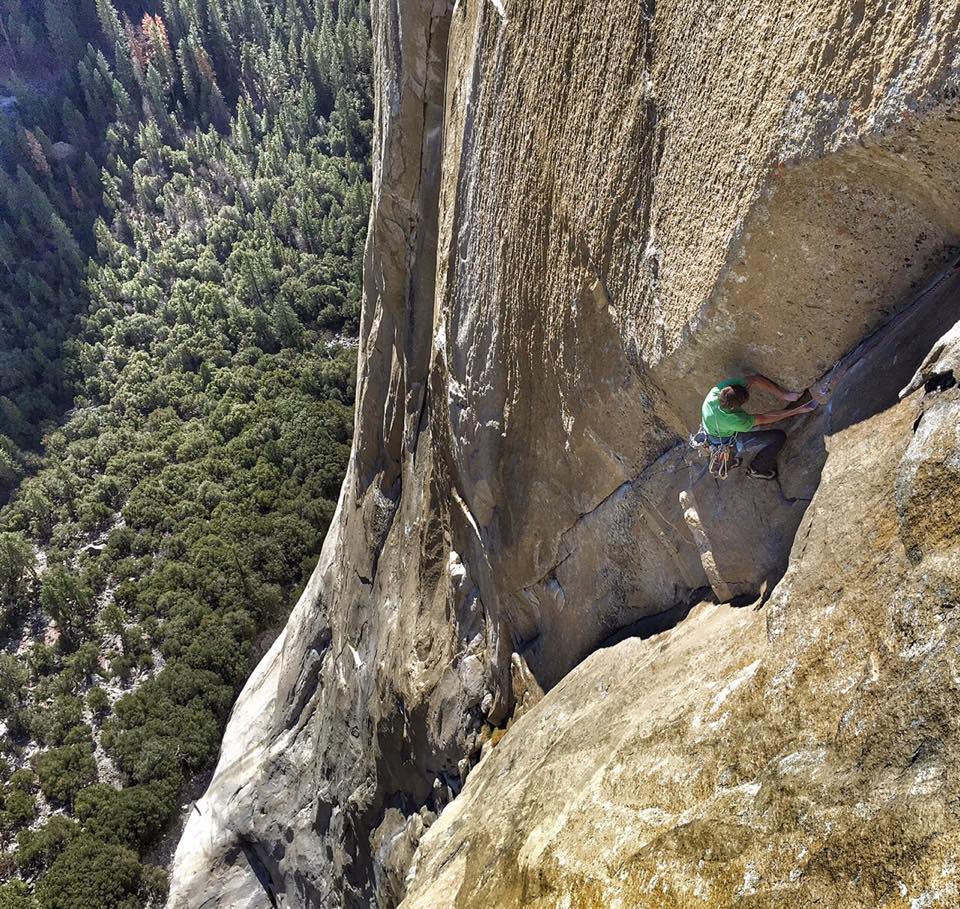 Possibly the biggest breakthrough Tommy Caldwell and Kevin Jorgeson experienced on the Dawn Wall happened last December when Caldwell freed the brutally hard Pitch 15 at 5.14d. However, the breakthrough was that Caldwell and Jorgeson realized that the world’s hardest big-wall had to be attempted in the dead of winter.

Since that realization, the indefatigable Caldwell and Jorgeson have managed to free every pitch of the Dawn Wall, climbing the last remaining un-free pitch this past November. And now the only piece left to the six-year puzzle of El Cap’s greatest free-climb is to leave the Yosemite Valley floor and climb the Dawn Wall in one push.

On December 27, Caldwell and Jorgeson started their push and worked out the “jitters.”

“It may be a few weeks before we walk on flat ground again, but we are psyched,” posted Jorgeson on Facebook.

Yesterday the team was at it again, this time redpointing up to 5.14a on the Big Stone.