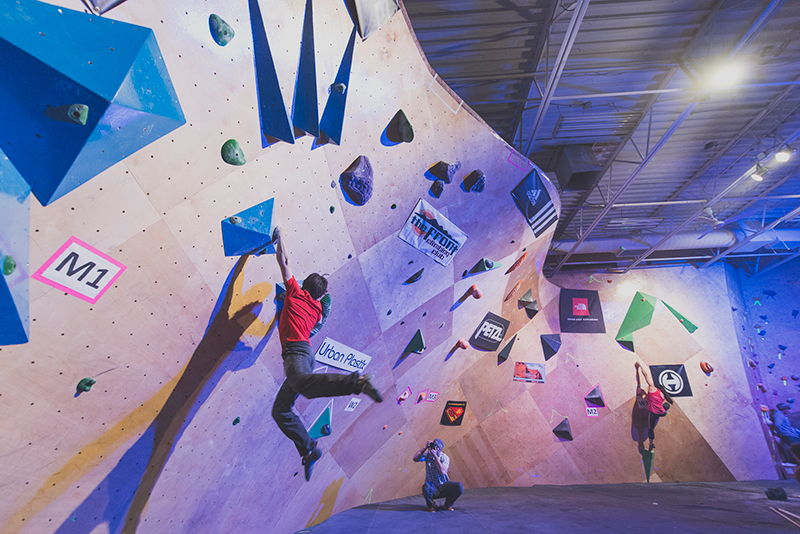 Jon Cardwell’s hands pinched the tufas. His body coiled, his feet pressed against the climbing wall. The clock ticked off the seconds. He needed to flash the final problem to win the comp. He pushed to the top in a powerful, dynamic movement and latched the final jug for a dramatic win.

On Thursday, January 23, a stacked field of elite boulderers battled for over 3,000 dollars in cash prizes in a comp that coincided with the winter Outdoor Retailer Show. Adidas Outdoor, with support from The North Face, V Line, and Red Rock Brewing, presented the Di’namik 2014 Bouldering Championships at The Front Climbing Club in downtown Salt Lake City, Utah. Daniel Woods, Jimmy Webb, Carlo Traversi, Angie Payne, Nina Williams, Alex Puccio and hard climbers from across the nation climbed in a Professional Climbers Association style comp, where raw adrenaline and an electrifying venue came together to capture the excitement of competitive climbing.

“The problems will be a lot more dynamic and have an element of a circus trick to them,” said Mike Bockino, a USA Climbing recognized setter and head setter at the Front in a pre-comp interview. 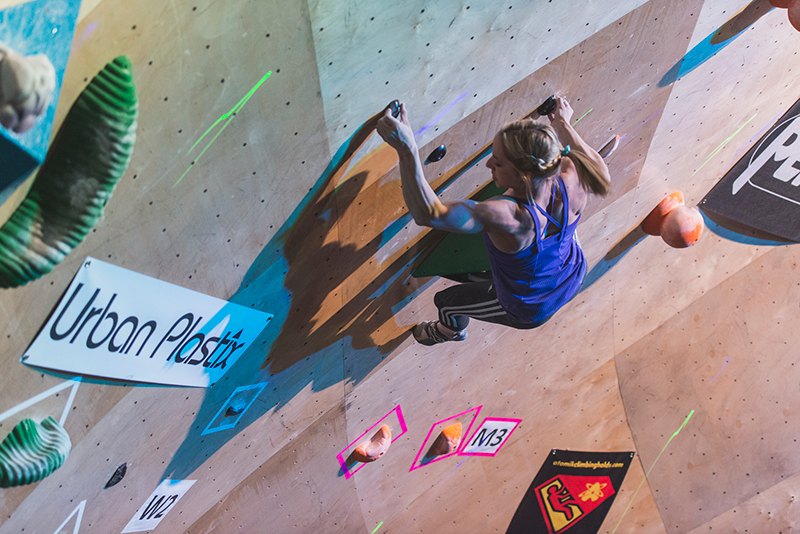 Part of this stemmed from the world class list of competitors.

“If you give them hard problems they’ll just flash them,” said Bockino, who set for a similar crowd at the recent Portland Boulder Rally. “It’s more about making the sequences tricky and hard to figure out.”

This strategy separated the elite crowd. The second Men’s problem, which involved a series of wild presses on volumes, weeded out the favorite Daniel Woods. Cardwell, who took first, displayed consistent climbing on all of the problems. Cardwell matched the first problem’s high point with Woods and Salt Lake City local Nathaniel Coleman and then reached the high point of the technical second problem. Traversi placed second and Jimmy Webb came in third.

“It feels like a bouldering session,” said Cardwell in isolation, where climbers stretched and stayed warm between burns. 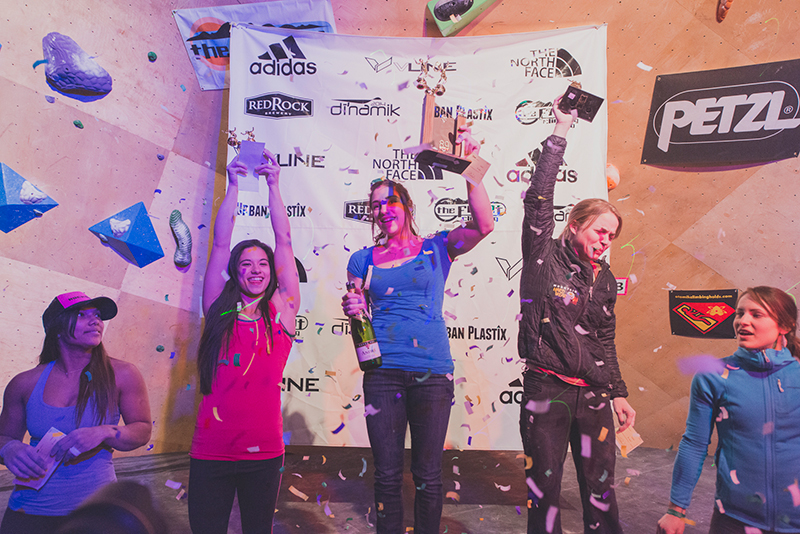 In the women’s category, Alex Puccio destroyed the climbs with her powerful style, flashing all three of the final round’s problems for a first place win. Angie Payne utilized solid technique to top out the third problem and secure second place. Nina Williams locked off and reached for the finishing hold on the first Women’s problem. The crowd exploded. She strained her fingers, pushing her body tight against the wall. But just an inch away, Williams fell.

“The vibe was good,” said Williams, who secured third with her nail-biting performance.

Two DJs rocked the gym, which was packed with two hundred comp climbers and four hundred local and traveling spectators in Salt Lake for the Outdoor Retailer show. 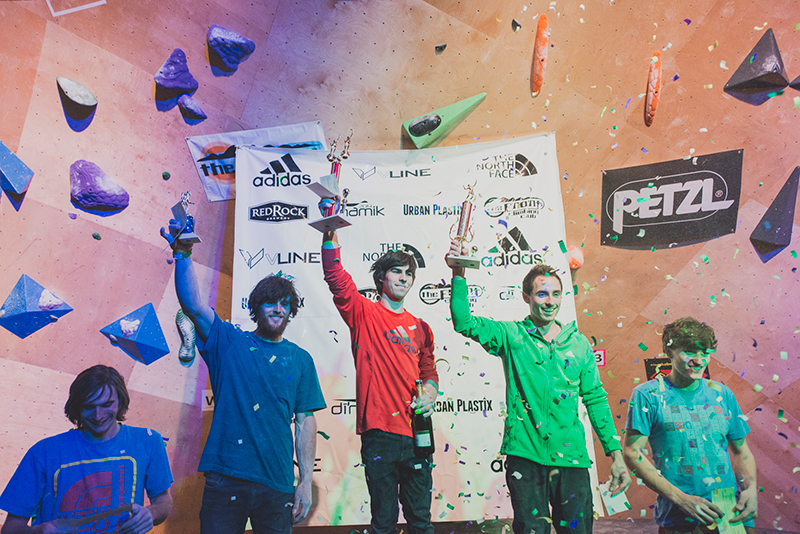 Last summer’s Psicobloc comp in Park City, Utah, set a strong precedent for the winter OR show comp. Di’Namik pulled together a climber’s oriented competition with a strong display of powerful, exciting, spectator friendly climbing and a rad atmosphere.