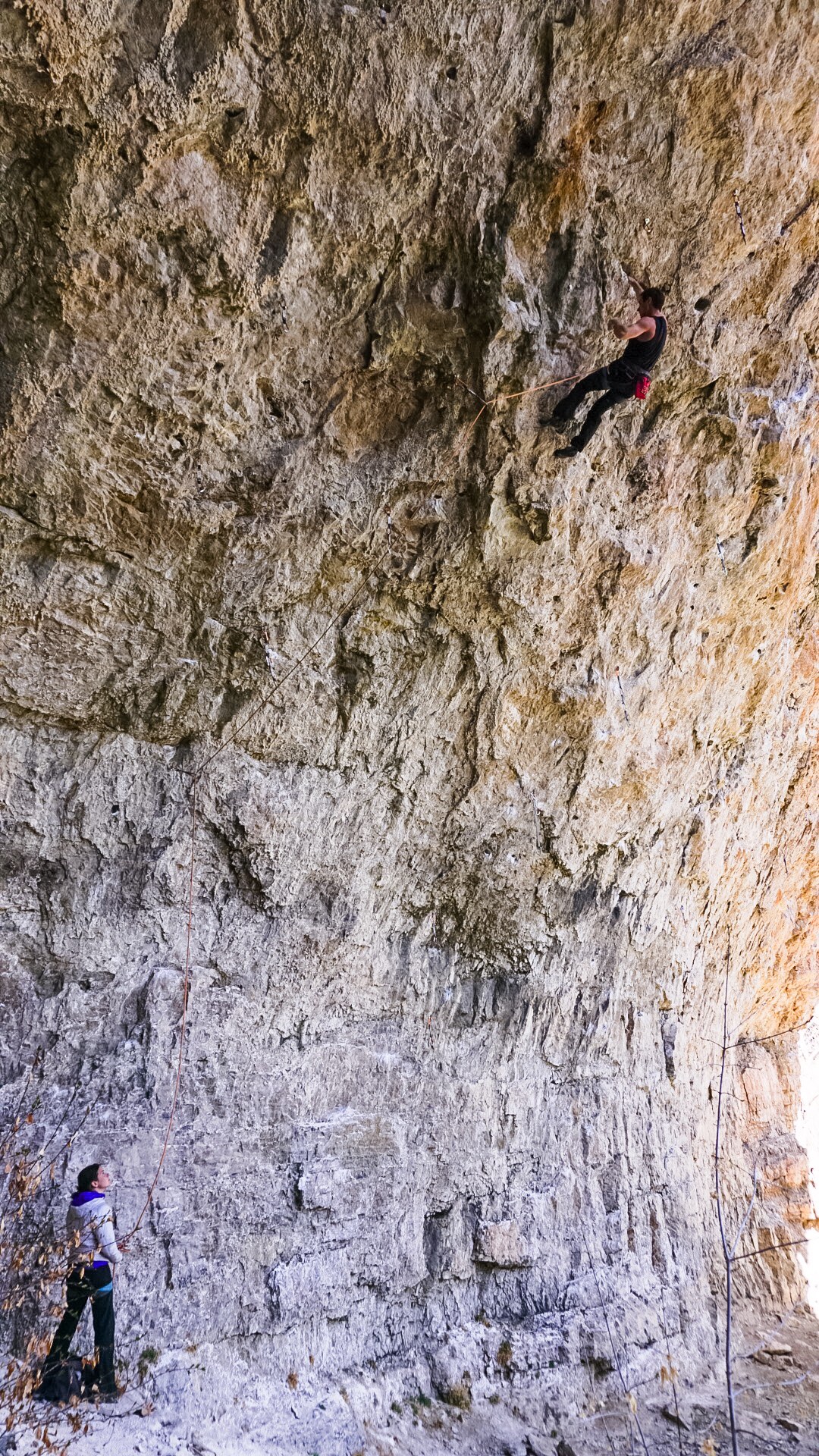 Carlo Traversi, coming off an ascent of Tommy Caldwell’s historic Kryptonite (5.14d) and a fourth place finish at SCS Nationals, kept his momentum going with a send of Bad Girls Club (5.14d) in Rifle, Colorado over the weekend.

Traversi first tried the flowy and resistant route, bolted by Joe Kinder, when it was an open project in 2011.

“Kinder gave Jon Cardwell and me the green light to check it out while we were in Rifle during the Rock and Ice Photo Camp that year,” Traversi told Rock and Ice. “It was still a bit dirty then, but it was clear that it was a rad route—one of the best in Rifle.”

Matty Hong claimed the first ascent in August of 2011, followed by Jonathan Siegrist with a repeat shortly after, and Kinder, on his return from a trip to South Africa, with the third ascent.

Traversi worked the route again at the end of 2013 and as well as last year, climbing to the final moves but unable to finish it off.

“After climbing Kryptonite a few weeks ago, I felt like I was finally in good shape,” Traversi says.

With early dry conditions this year, Traversi put his focus towards Bad Girls Club last week during a four-day trip to Rifle. His third day on, he gave it a redpoint burn only to fall on the final holds while staring at the chains.

“I was too pumped to let go with one of my hands to clip the chains,” he says. “It was devastating.”

The following day, after a long warm up, he climbed it “solidly and confidently to the top,” he says, “and had plenty of juice to clip the chains.”

“It felt great to finally finish this route. It’s truly one of the best in Rifle and I definitely think it compares in difficulty to Kryptonite.’

Now, Traversi has his eyes set on the iconic Tommy Caldwell route Flex Luthor (5.15a/b?) at the Fortress of Solitude, Colorado—the unrepeated neighbor of Kryptonite and America’s first 5.15.

He jumped on Flex Luthor a few days after returning from SCS Nationals and was able to “sort out some new beta for the crux section” and “refined my beta for the rest of the route,” he says. “And I finally climbed to the anchors!

“It’s in a league of its own. I haven’t encountered anything, anywhere that is even remotely as difficult as Flex. It’s gonna be a fun process to sort it out and hopefully make an ascent.

“Psyched to bring American sport climbing standards up to the European level. It’s about time!”