Last summer I climbed the hardest trad route of my life, China Doll, a 5.14a R in Boulder Canyon, CO.

Jon Glassberg, of Louder Than 11, was interested in documenting the process, and wanted to make a climbing film that was different—not just about sending and then being happy.  He wanted to reveal raw emotions including the frustration involved in redpointing at your limit.

What evolved through the film-making and interview process was something different.

Caroline Treadway, a writer, photographer, and filmmaker based in Boulder, wrote the script for China Doll.

Watching China Doll a couple months ago, I cried.  It was like opening up my diary to a glimpse of my life where emotions ran high.  I was in a place where I let my negative self-worth mind-chatter take over, despite just achieving the greatest climbing accomplishment of my career.

I shared Caroline’s sentiment. How can such a successful girl feel so shitty about herself.  How does she never feel “good enough?”

It deeply saddens me. 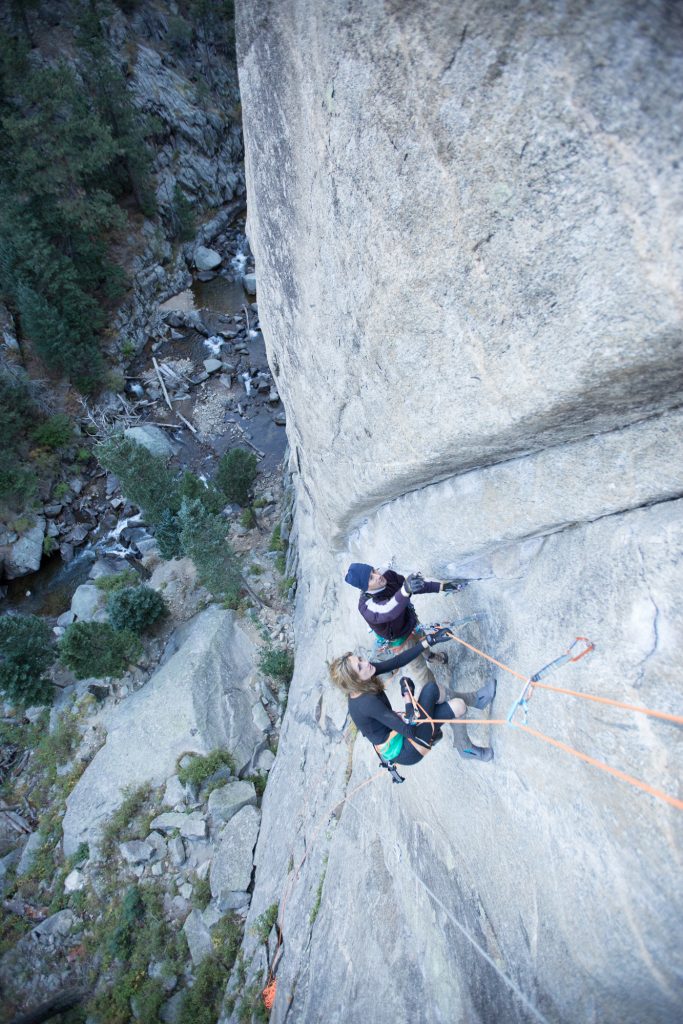 After sending China Doll I felt lost—I lacked a sense of purpose, direction, and confidence.  I ran into Arno Ilgner, of the Rock Warrior’s Way, at the Outdoor Retailer tradeshow last August, and agreed to work with him on mental training.

Over a year’s time working with Arno, I learned a lot more about myself.  I had to really confront my inner voice and not continue to mask it with distractions or numbing behavior. It was a lot of work and still is.

My negative self-worth issues stem from childhood. I grew up in an alcoholic family—my mom was my best friend and role model, but she suffered from depression and wild mood swings. She stayed in an unhealthy relationship—filled with cheating and lack of communication, and when she drank, shit hit the fan.

Everybody has their his or her trauma in different forms.  But are we facing the past?  Or just sweeping those demons under the rug?

I was a “sweep it under the rug” person, but in times of stress—like on China Doll—this deep sense of “not good enough” would rear its ugly head.

Why on Earth would I write about this and leave myself vulnerable to the masses? 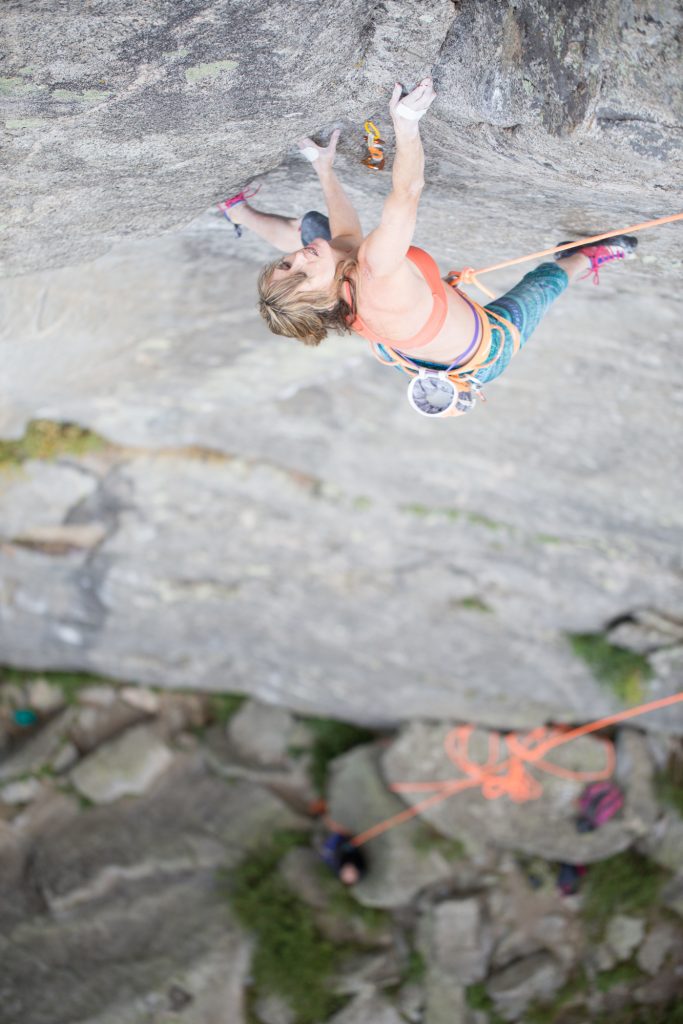 “I found that Heather’s vulnerability, her willingness to talk about emotional darkness and to be real, was a different version of strength,” Caroline explains.  “I came to realize that she was much stronger than she seemed, and that admitting a painful truth about self-confidence, she was speaking for a world of women, and she wasn’t afraid.”

I choose to live my life without walls.  I want genuine conversations, relationships, and realness.  China Doll intimately displays my relationship with Chris and my project at the time.

Caroline sees the film as a “‘Mars-Venus’ take on love and projecting.  It’s about the inherent disconnect between men and women.  That despite our best efforts to understand each other, we often have completely different, simultaneous experiences.”

In the film, Chris chats with Jon while belaying me.  “Maybe it’s the fact that I’m a guy and I haven’t learned yet, but reasoning with a chick that’s in a dark place, never, ever works.”

Men are from Mars…

“The biggest emotions I feel watching this and making this film are frustration and annoyance at Chris being such a stereotypical dude, mixed with knowing that he’s trying to support and understand Heather but just doesn’t get it,” Caroline explains.

Chris supported me so much on that climb through countless hours of belaying and gear toiling.  But he was also trying to tell me what I should do and how I should do it.

With assertiveness, he says regarding my redpointing tactics, “She’s trying to rush the process.  I think she should just focus solely on getting the gear completely dialed, so that the next day we come, she can combine the two.”

Do men have an easier time feeling confident, or is it all just show?  Are we, as women, just more willing to let our guards down, while men maintain their protective walls?

Chris and I were both working the route together, but he left mid-summer for a trip to Switzerland with his guy friends while I stayed behind to find partners and stick to my goal.  It was stressful recruiting random partners— some of whom I’d never climbed with before—but that didn’t get in my way.

Two weeks after he left, I sent.  And, contrary to the film’s presentation, my friend, Molly, belayed me.

When times get tough, it’s your girlfriends that have your back no matter what…we’re from Venus after all.

Caroline questions, “Does Heather really not believe in herself?  Or will she not allow herself to admit self-confidence?”

I do believe in myself.  I admit that I live most of my life with confidence, but I battle those deep-seated thoughts of negative self-worth, and sometimes they take over.  I’m getting better at catching those thoughts and labeling them, not letting them go too far like they did in the past, but they’re a part of me and always will be.

I cycle between self-assured and submissive, and China Doll reiterates this contradiction. In the beginning of the film, my confidence is highlighted, and toward the end my role is more of a subordinate.

The dynamics between Chris and I that are emphasized in China Doll have changed since this film was made just over a year ago, and continue to change every day.  Watching it so recently, I don’t want Chris to be so bossy to that girl.  I don’t want him to be such an overarching voice in the film.  It’s heart wrenching revisiting the clip from our proposal, and seeing the tender hug he gives me at the car before climbing. We live in a life of impermanence—and it’s as difficult as it is beautiful.

I hope through this film—this uplifting yet sad, confident yet insecure facet of my life—I can share what I didn’t know then, but have since learned: Only through believing we’re “good enough” as we are, in this moment, will we find peace—with our significant others, our goals, and in the most important relationship of our lives, with ourselves.

“No one can make you feel inferior without your permission.” – Eleanor Roosevelt 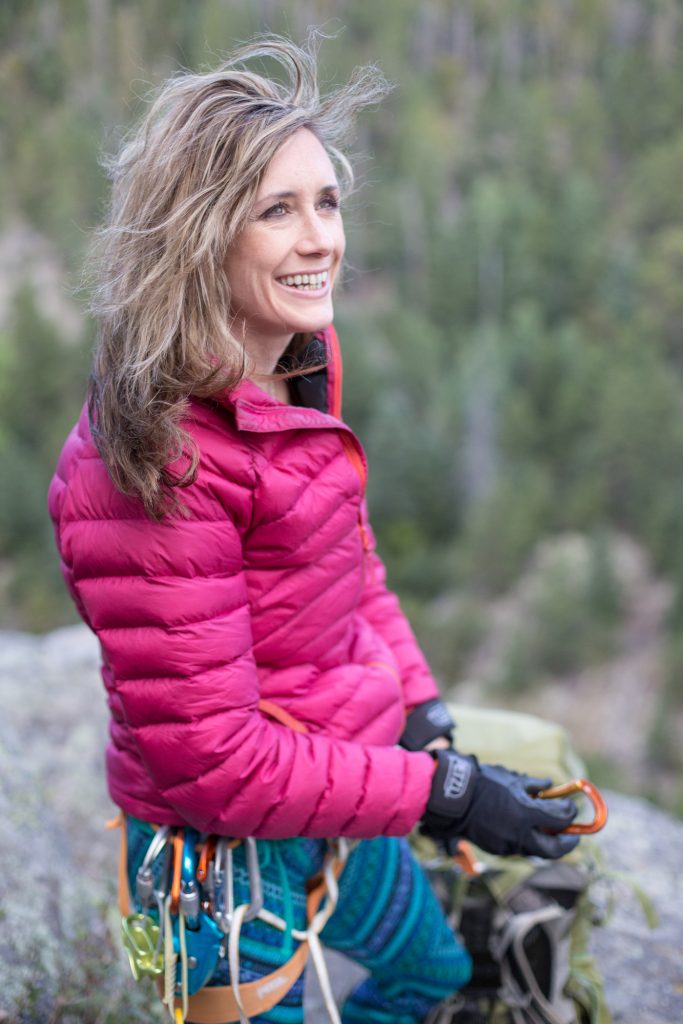 All photos courtesy of Louder Than 11/Jon Glassberg.