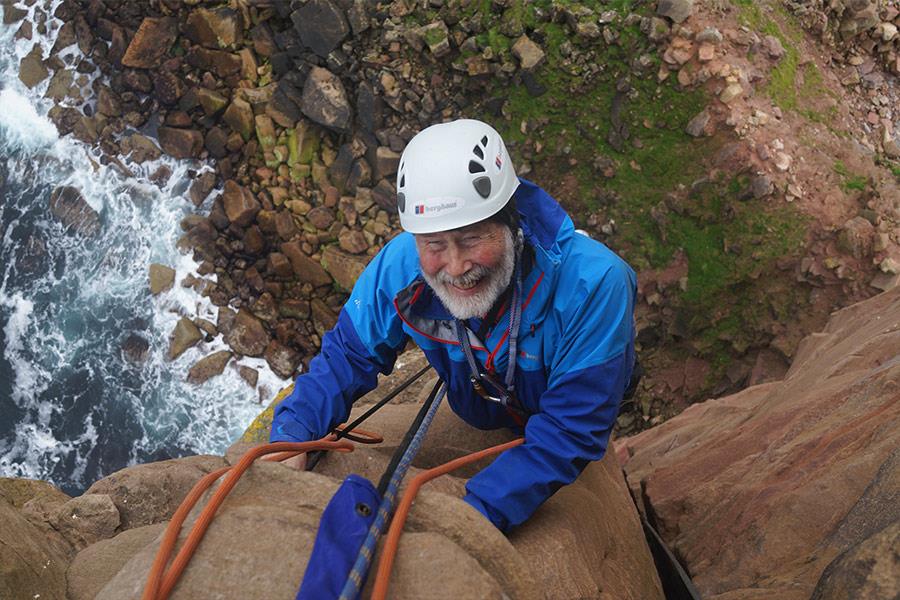 Sir Chris Bonington celebrated his 80th birthday on August 27th by sending Old Man of Hoy, 48 years after his first ascent of the 449-foot five-pitch route located in the Orkney Islands near Scotland.

Bonington completed the sea-stack to raise awareness and funds for motor neurone disease, a debilitating and fatal condition. His wife died of the illness last month.

Bonington was accompanied by fellow climbing star Leo Houlding, aged 33. Houlding is the youngest person to ever have climbed Old Man of Hoy when he was just 11.

“Leo Houlding and I had been talking about doing the Old Man of Hoy for some years,” posted Bonington on his blog, “and my reaching the ripe young age of 80 seemed a good time to put our plan into action.”

Bonington and Houlding waited for 24 hours before they found a window of favorable weather in the early morning to begin their ascent. The conditions became worse as they climbed, but they were able to summit by 5pm. 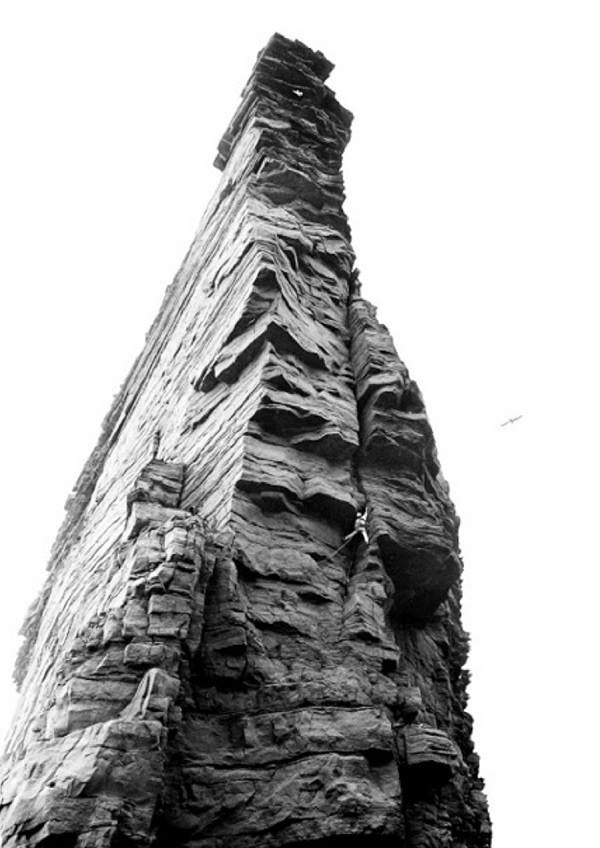 In his blog, Bonington says, “I must confess I pulled on a sling on the crux but I managed to climb it, though I was very glad of a top rope.”

Bonington was accompanied by Tom Patey and Rusty Bailey on his first ascent of Old Man of Hoy in 1966. Patey and Bonington returned a year later to film The Great Climb, a live TV broadcast spanning three nights on BBC. 15 million viewers watched the two repeat their original route.

Bonington holds a strong record as one of the best mountaineers in British history. He made the first British ascent of the North Wall of the Eiger in 1962 as well as first ascents in Patagonia, the Himalayas and England. Bonington led the expeditions that made successful first ascents of the south face of Annapurna in 1970 and the southwest face of Everest in 1975 (he didn’t summit himself on these expeditions).

When Houlding and Bonington reached the summit of Old Man of Hoy last Wednesday, they took a “selfie,” and Bonington wrote, “It had been a really brilliant climb.”