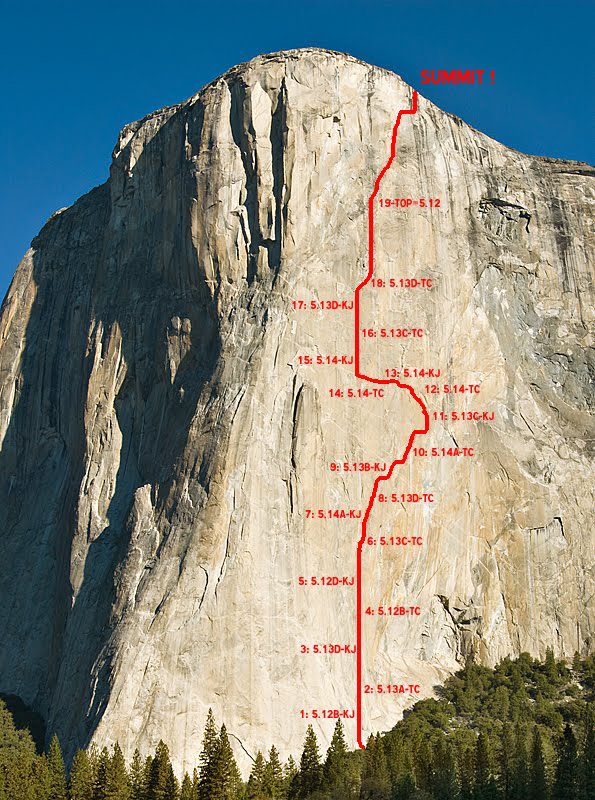 Chris Sharma is set to join Tommy Caldwell on his attempts on the well known ‘Dawn Wall’ project on El Capitan. Caldwell, one of the best big wall climbers in the world, has been trying to free climb this line for the last five years.

The team for this season now stands as Tommy Caldwell, Kevin Jorgeson, Jonathan Siegrist and Chris Sharma. Caldwell has been attempting the line since 2007, Jorgeson joined him in 2009 and Siegrist joined them last season. Now with the addition of Chris Sharma, this really is an all star team. With six pitches reportedly in the 5.14 bracket and many more hard pitches on top of that, the Dawn Wall project, which vaguely follows the aid route Mescalito, would be the hardest big wall free route in the world if successfully climbed.
Hopefully the closure of the national parks will be short-lived and the team will be able to have a good autumn attempting the route.
We asked Jonathan Siegrist whether the goal is to free all the pitches in one push, or if is that a later goal?:

Not sure exactly what the goal is honestly – Tommy is the goal man! We are all just slaves… ha!
I think for the meantime just to finish all of the pitches is the goal. Got three more to go…

This article was originally published at UKclimbing.com