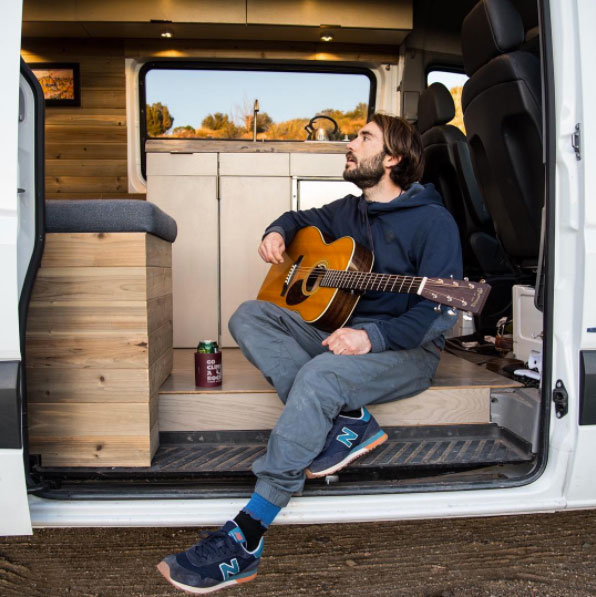 Chris Parker, former online editor for Rock and Ice and now content editor at Black Diamond, has
released a new EP inspired by the climbing life.

“To me, one of the most interesting and compelling aspects of climbing is the sport’s rich sub-culture—from the literature, the lifestyle and the
traveling, to the characters,” Parker says. “For a songwriter, the stories are ripe for the picking.”

The EP, titled “Cliff Notes,” encompasses four songs: Climbers, Yosemite Gold, Lion Heart, and Tuolumne—listen
to a sample of each below.

“I started writing these songs when I needed climbing. I’d left my home in Colorado, moved to the rainy Pacific Northwest and was reeling from the abrupt
change,” Parker says. “Climbing is what I ran back to—a pretty frequent pattern for me at this point. I spent a lot of days with a guitar reminiscing
about living in the Rockies, and roping up in the mountains.

“The songs grew from those moments. I tried to pull them from the fabric of what it means to be a climber. From the oral tales that we’ve
all heard while sitting around a campfire, to the feelings you get when you fall in love with a climbing partner. In the end, I just wanted to write
about something that made me happy in a moment I was down and out, so what I ended up with was a handful of songs about climbing.”

From “Yosemite Gold,” chronicling the historic climbing area, to “Climbers,” which speaks to the undeniable bond between climbing partners, “Cliff Notes”
is a musical journey into climbing’s rich culture.

Parker will be playing a show at the BD booth Wednesday evening at the Outdoor Retailer summer trade show in Salt Lake City.

The songs are also available on Spotify and iTunes.

In two weeks, I’m dropping an EP I’m so damn proud of. Cliff Notes is a collection of songs inspired by the climbing life. With the help of @andrewgoldring of SLC’s Soundcave studios, these songs really took shape into something I couldn’t be happier with. Stoked to the max for everyone to hear them. July 26th. EP release party at the BD booth @outdoorretailer. Album cover shot by the one and only @ladzinski during my first feature for @rockandicemag. Full circle. #liveclimbrepeat #bdemployees