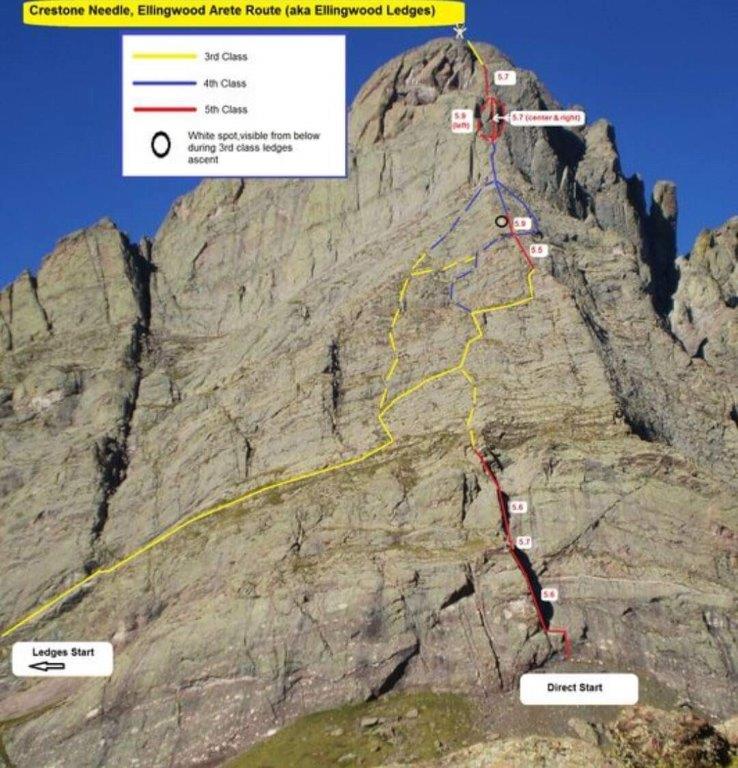 When Dr. Matt Davis managed a few hard-earned days off from Scott & Baylor Memorial Hospital in Temple, Texas, where he served as trauma director, he and two friends hit the road northbound to the Sangre de Cristo Range of southern Colorado.

Davis, Billy Wren and Ryan Brown had their sights set on Crestone Needle, a 14,203-foot peak that won mention in Fifty Classic Climbs in North America by Steve Roper and Allen Steck. On Thursday, September 3, Davis and Brown planned to summit the peak via the popular Ellingwood Arête (5.7 III) while Wren remained at the base to photograph their ascent.

Ellingwood Arête climbs the Needle’s northeast face up a series of grassy ledges, then into several 4th and 5th class pitches to the summit. Davis and Brown opted for the route’s direct start, which, instead of traversing along the 3rd class ledges into the final summit pitches, takes the plumb line up the face with three pitches of 5.6 and 5.7 and lands on the ledges partway through the route.

Davis and Brown had finished the first roped section and were scrambling the grassy ledges to the beginning of the upper 5th class pitches when Davis slipped, falling over 100 feet to one of the route’s lower terraces. Brown descended to the ledge where Davis had fallen and found that he had died on impact.

Cindy Howard, team captain of Custer County Search and Rescue (CCSAR), said that most parties climb Ellingwood Arête in the same style that Davis and Brown chose. “You do a couple roped pitches, and then you cross a grass section that I unroped for like Matt did,” said Howard. “You don’t expect to fall.”

Howard served as director of field operations for the recovery of Davis’s remains. Late afternoon rain and hail postponed CCSAR’s mission until the following day. On Friday, September 4, the team lowered Davis 850 feet to a landing zone where a Flight for Life helicopter could safely retrieve his body. 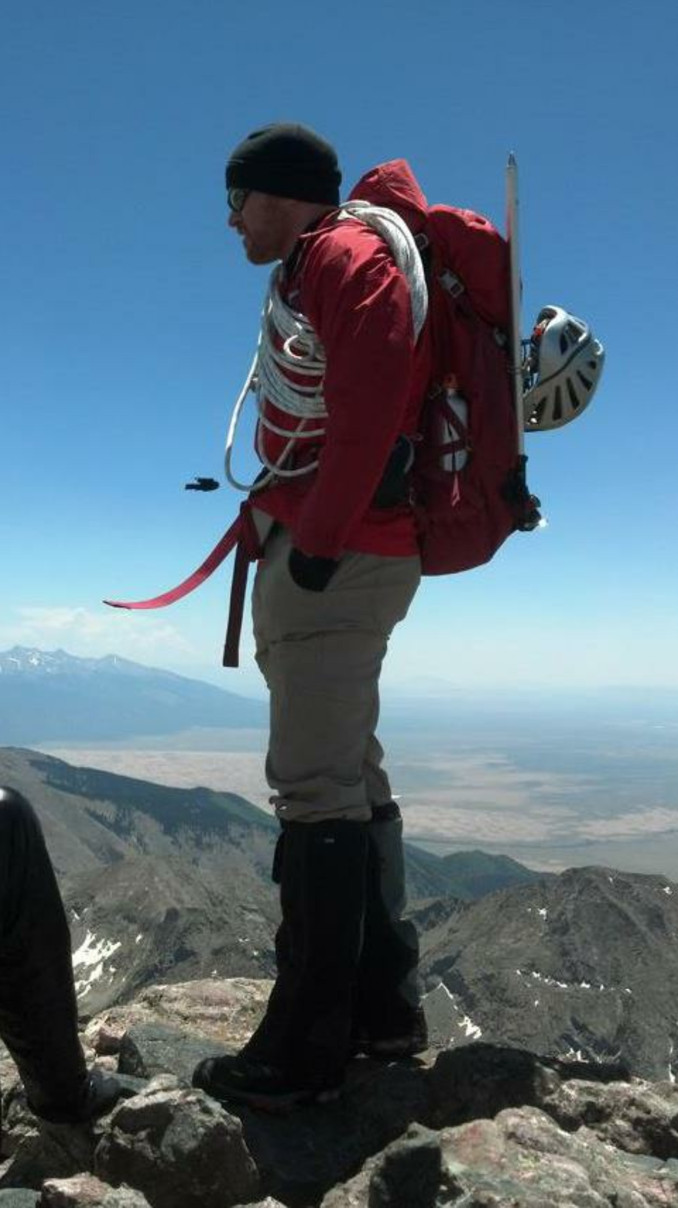 Britt Mattix remembers Davis as the first friend he made in Temple, Texas. “Matt took me on my first climb,” Mattix says, chuckling at the memory, “We stopped off at REI and I bought the cheapest crampons I could find. We did the Crestone Traverse.”

Friends and family honored Davis and his love of the mountains with a hike to the summit of Quandary Peak, a Colorado 14er, to scatter his ashes. A polished stone inscribed with Davis’s name was left to commemorate his life.

Billy Wren writes on Facebook that Matt “loved the mountains because it allowed his mind to slow down enough to remind him how much he loves and misses his wife and kids, he also went on to say how blessed he was. Matt was a very dear friend. He was adventurous, caring, smart, and strong.”

Wren’s recent posts, photos and comments about Davis, are attended by dozens of people who love and praise his memory. A husband, father, doctor, and CrossFit partner, Davis left a positive impression on all the lives he touched.

Sharron Davis, Matt Davis’s wife, was at their Temple home overlooking the lake. She was clearing their bedroom of some of Davis’s extraneous belongings when she came across an issue of Rock and Ice, which she says was one of his favorite magazines.

Sharron Davis bestowed the magazine on their son, Mason, as a token of Matt Davis’s passion for climbing and the hills.