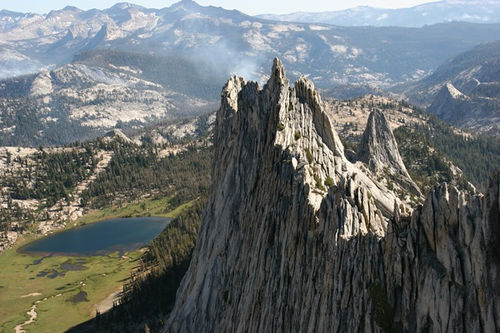 Brad Parker died in a fall on Saturday, August 16, while climbing Matthes Crest in Tuolumne Meadows, Yosemite, California. The Press Democrat reports that Parker was attempting to free-solo the Matthes Crest Traverse (5.7) a large fin of granite rising 500 feet that traverses for half a mile. According to the report, Parker had climbed the nearby Cathedral Peak with his girlfriend Jainee Dial a few hours earlier. He had proposed to Dial on the summit of Cathedral (she accepted), and then the couple separated and Parker ran the remaining three miles to Matthes Crest.

Climbers saw Parker fall at approximately 5:45 p.m., reports the Democrat. A rescue ensued and Yosemite Park Rangers located Parker’s body that night, and on Sunday morning a helicopter airlifted the body out of the backcountry.

Parker was reportedly a very experienced climber from Sebastopol, California, that worked as a yoga instructor and deep tissue masseuse. He was 36 years old.