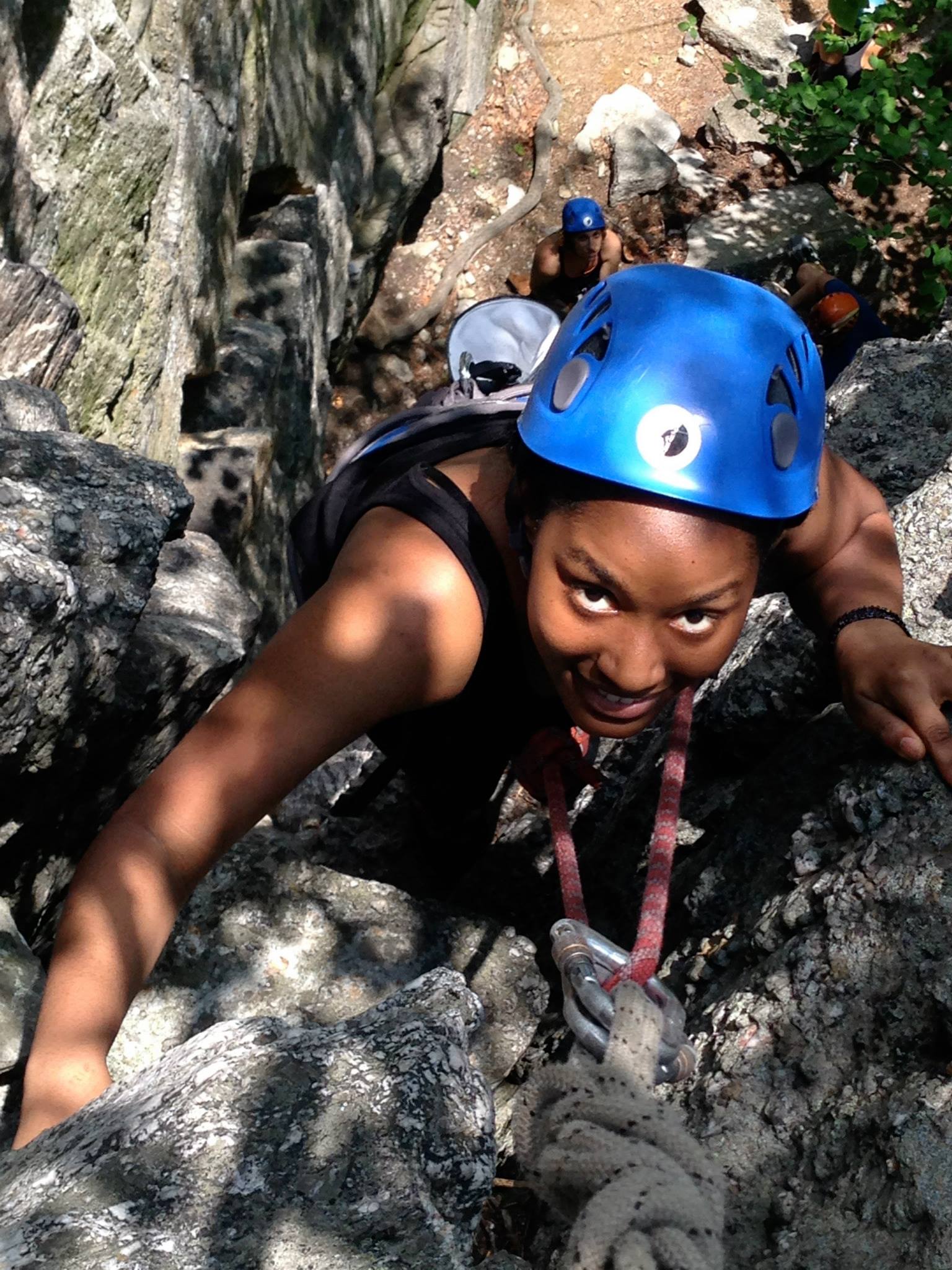 Janet Rodriquez ties in to a rope while her
mentor Evelyn Szeinbaum puts her on belay. Evelyn gives a few last words of encouragement, helping to clear the doubts in Janet’s mind, and Janet latches
on to the start hold.

They have been climbing together for three years, ever since they met through the City Rocks mentorship program based out of New York City’s Brooklyn Boulders
climbing gym—a program designed to give underprivileged students the opportunity to meet and rock climb with an adult mentor. But as Evelyn and
Janet found, it extends much beyond that.

“I think it helps [Janet] think about other possibilities that she hasn’t thought about,” Evelyn says. “If I know that she can do a climb, I can
push her through it.”

Partnerships between students and their mentors are fluid friendships that follow few strict guidelines or expectations. “We aren’t really supposed to
be authority figures,” Evelyn explains. “We should be on the same level. You should still be an adult and set a good example, but you’re just there
to be a friend.”

David Owen founded City Rocks three years ago as part of a decades-long career rock climbing and guiding, as well as working with at-risk
youth and mentorship programs.

“Climbing is a great platform for mentorship, because it fosters partnership, stewardship, problem solving, and commitment,” Owen says. “They lend themselves
well to each other.”

Owen, who holds a Master’s Degree in Human Development and Psychology from Harvard University, has worked for organizations such as the Federation Employment
Guidance Service, Institute for Student Achievement, New York City Outward Bound Center, and the United Nations Development Program.

It was during his work at for the Central Park Conservancy’s Experiential Education Program that he built a wide network of partnerships with schools and
youth agencies across the city.

“I realized that there was a niche for consulting in New York,” Owen says, and he turned his passions for climbing and mentoring into the City Rocks program.
In cooperation with the Brooklyn Boulders Foundation – a non-profit for inner city youth – and the Brooklyn Boulders gym, Owen was able to get the
program rolling.

The non-profit organization takes 50 students from East Side Community High School and International High School in Manhattan and Brooklyn. The schools
are both federally funded, Title I schools educating students living at or below the poverty line. 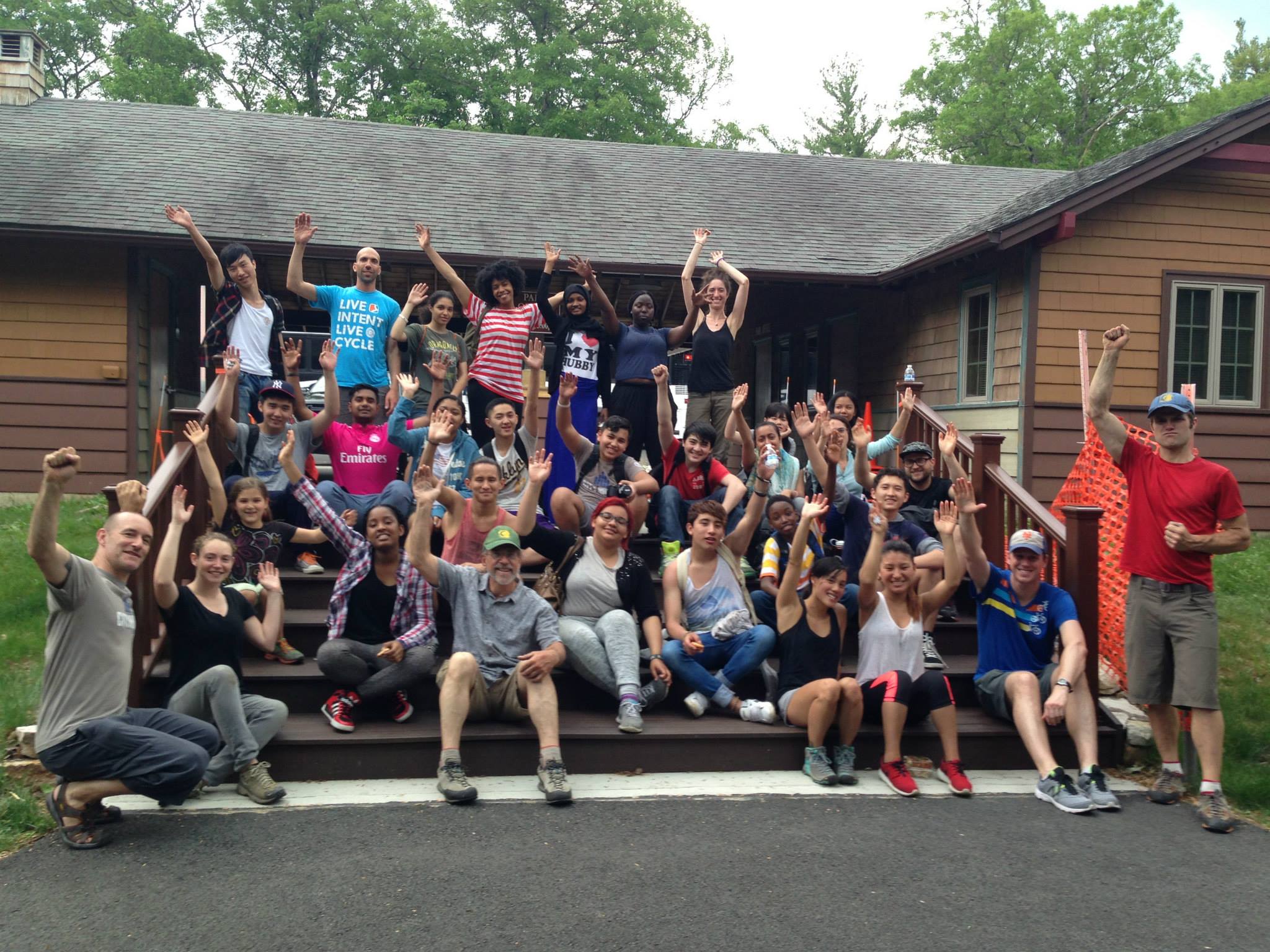 “In this program climbing offers such a great way to build a mentor-mentee relationship,” Mentor Trevor Simpkin says. “We have to build trust in each other,
and that’s a cool relationship … [rock climbing] is a perfect activity to build confidence, have fun and create a solid relationship.”

According to the information provided by City Rocks, 100 percent of mentees graduate from high school compared to the 73 percent average of both schools
involved. All City Rock students report that the program helps them put in more effort at school and push through challenges in their personal lives.
More than 85 percent of mentees felt that they “can do more things on their own because of their mentor.”

In the program’s three years, “It’s been more successful than I ever imagined,” says Owen. He hopes to expand City Rocks to reach 100 students next school
year.

To learn more about City Rocks, to reach out directly to the program or to donate, check out the website of the Brooklyn Boulder Foundation here.