“We don’t have to engage in grand, heroic actions to participate in the process of change. Small acts, when multiplied by millions of people, can transform the world.” ~ Howard Zinn 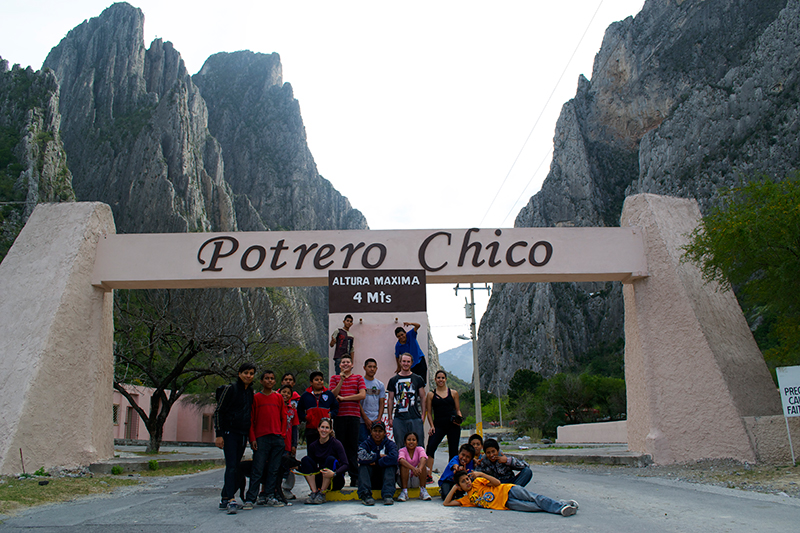 In Mexico alone, there are over 30,000 youth coerced into working as child soldiers for drug cartels. Millions more youth in Mexico live in marginalized and impoverished conditions that render them susceptible to becoming involved in organized crime as child soldiers or victims of human trafficking.
This child soldier problem in Mexico has huge concerns, impacts that climber Rory Smith recognized as significant while working on his master’s thesis in international development in Monterrey, Mexico, (45 minutes from Potrero Chico) in 2013.

While conducting research centered around gangs and organized crime, and specifically, why so many young Mexicans between the ages of five and 18-years-old were involved, Smith had a thought. Could rock climbing help these youth?
Smith consulted and collaborated with gang members, organized criminals, youth inmates, community leaders, government officials, and progressive-thinking youth from Mexico and around the world. Then Smith and his friend Nicklas Karlsson of Sweden – also a passionate rock climber with an extensive background working with and researching at-risk populations–set out to help start the process of change. 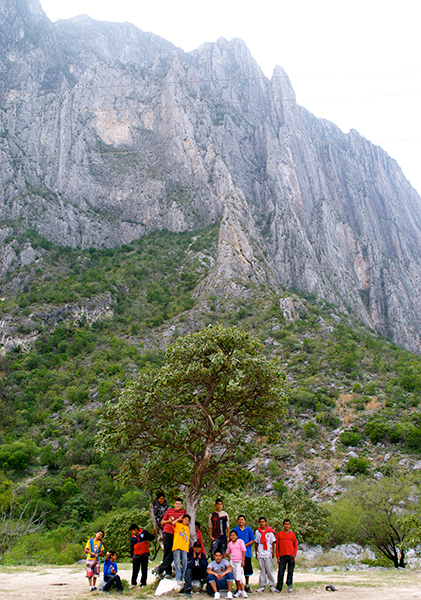 They founded Climbing Borders (Escalando Fronteras)–a nonprofit organization that uses rock-climbing to get youth away from gangs, addiction and drug cartels and back into life pathways that offer more promising future opportunities. Launched in 2013, they began exploring how climbing could be used as a tool for positive change for at-risk youth in conflict prone areas in the developing world.

“Climbing dovetails perfectly to the needs of the at-risk youth population in Monterrey,” says Smith. “Climbing is a natural way to bridge the negative values, low self-esteem, post-traumatic stress, violence and endemic perverse risk-taking of this youth group with a healthier lifestyle that supports positive life pathways as well as a host of promising opportunities.”

The organization is currently working with at-risk youth in some of the more precarious areas of Monterrey, Mexico. Climbing is used as the main development instrument to foster discipline, focus, trust, camaraderie, leadership, improved self-esteem, and to reduce stress and aggression.

“The program exposes youth to the outdoors to climb in Potrero Chico, La Huasteca and El Salto,” says Smith. “[It’s] a side of life that they would generally not otherwise experience, and whose positive effects on the mind and body are myriad.”

Smith and Karlsson believe climbing inevitably creates close relationships. Through constant positive interactions between climbing instructors/mentors and youth, trust, communication, and positive values are fostered. The rest occurs organically as youth overcome and dissolve the many limitations that have been self-imposed or imposed by others, such as abusive parents.

“We’re currently in the process of raising money to construct a space dedicated to climbing and culture for youth in the neighborhood Independencia,” says Smith, “one of the most vulnerable areas in Monterrey.”

This space will allow the organization to expand its reach to thousands of youth and provide them with a permanent positive and safe place during the day and night (when the majority of violence occurs) to practice climbing.

“With this space, Climbing Borders will also be able to host an ongoing series of workshops that assist at-risk youth with various other problems, including adolescent pregnancy, HIV, violence, family disintegration, and domestic abuse.” 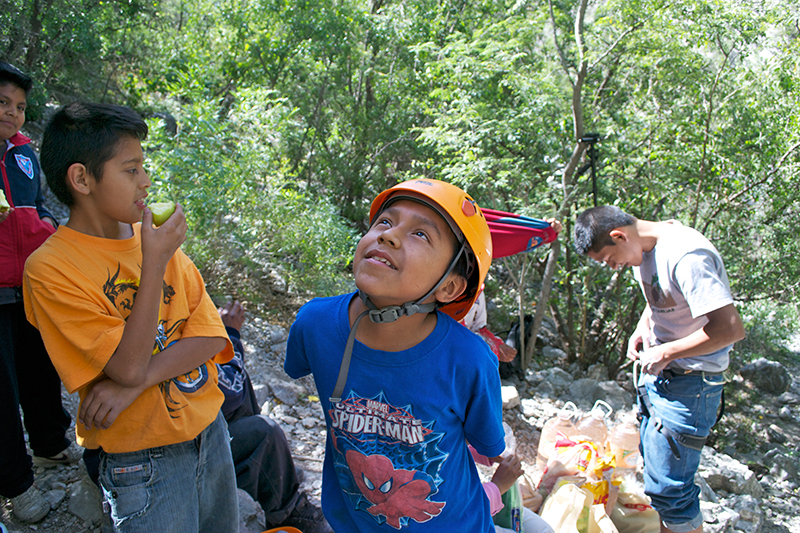 Though still in its infant stages, by the end of 2015 Climbing Borders aims to reach at least 1,000 of Monterrey’s most at-risk youth with the help of psychologists, teachers, mentors, and inspiring individuals/ambassadors on their side. Pro climbers already involved include Dani Andrada, Lynn Hill, Paige Claassen, Said Belhaj, Joe Kinder, Jonathan Siegrist, James Pearson, and Matt Wilder.

“We intent to continue working in Monterrey while at the same time expanding our program to other conflict areas in Latin America,” says Smith. “Having interacted with, befriended and spent considerable amounts of time in the same streets as these Mexican youth, we see and understand them as a boundless and potent source of ideas, creativity, multiculturalism, and promise.”

They need the help of all of us. Join the climbing for development movement by liking Climbing Borders on Facebook or checking out their website.