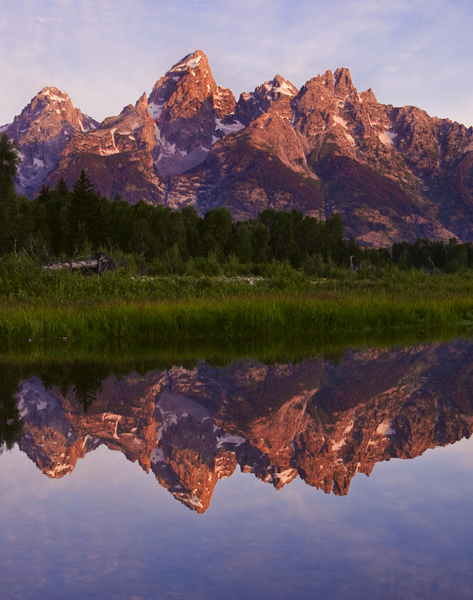 A Colorado man, identified as Gary Miller, 55, of Colorado Springs, has died from a fall near the Lower Saddle on Grand Teton near Jackson, Wyoming. The accident, which occurred Thursday June 20th, involved a guided climbing trip operated by Exum Mountain guides. The group had successfully summited the peak and was descending from the mountain near the Lower Saddle when the accident occurred. The exact cause of death is still under investigation, but it is reported that Miller fell in snow and slid into an “icy water moat” between a snowfield and an adjacent rock wall. Exum guides and Grand Teton rangers were able to recover Miller’s body, but the victim was pronounced dead at 8:35 p.m.

This tragedy is the latest in a string of recent accidents in the Teton Range, including an incident earlier that day on Mount Owen that required a helicopter rescue. The earlier incident, as is reported by the Jackson Hole News, occurred on a technical route and involved a rockfall. Neither climber in the team was killed but had to be air-rescued from the mountain.

At 13,770 feet, Grand Teton is the second-highest peak in Wyoming and is popular among mountaineers from around the country. It is the tallest and namesake mountain of Grand Teton National Park.