The third IFSC Bouldering World Cup and the second IFSC Speed World Cup of the year, hosted in Nanjing,
China, took place amid high temperatures but the standard of climbing was once again exceptional. Two new world records were set in the men’s and women’s
speed events, along with a great showing in the bouldering comp.

In the women’s bouldering, Shauna Coxsey returned to the top spot for her second win of the season after topping all four problems in finals, including
the technical slab of W3, which was the deciding problem between herself and last week’s Chongqing winner, 18-year old Janja Garnbret of Slovenia, who placed second this time around. Miho Nonaka of Japan
was the only other competitor to top W3 and she finished off the podium in third with two tops.

In the men’s event, Keita Watabe of Japan climbed well throughout the competition, qualifying in second place. In finals, he topped all four boulders to
secure his first bouldering world cup victory. Watabe’s teammate Tomoa Narasaki was the only competitor other than Watabe to master the technical
M1 problem, which, along with two other tops, led him to second place on the podium. Jernej Kruder of Slovenia, who topped two problems, rounded out
the podium in third.

The next IFSC Bouldering World Cup will be held in Tokyo, Japan, on May 6 and 7. 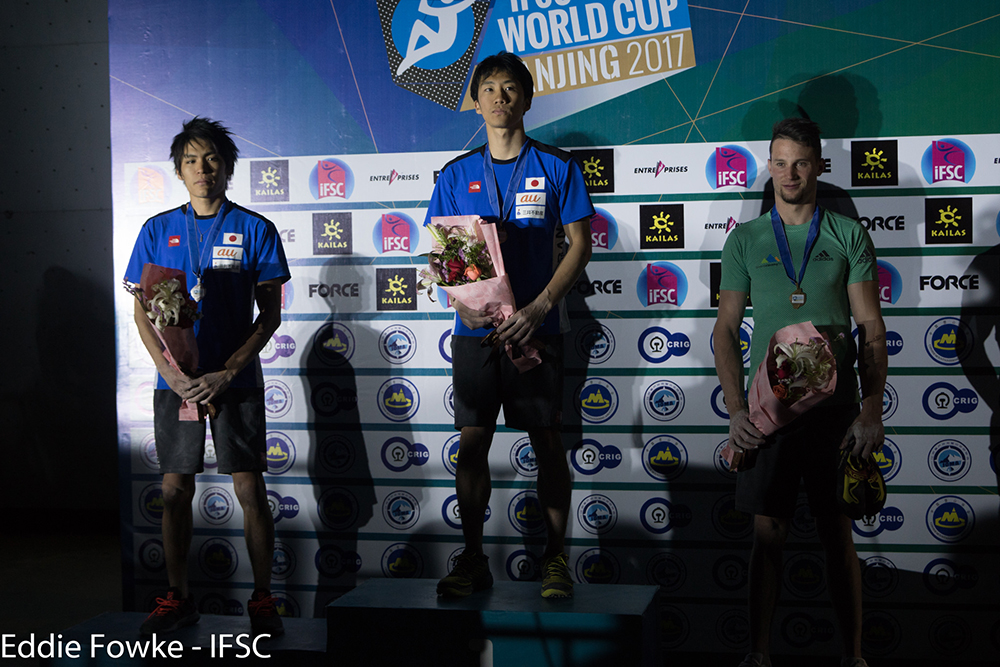 In the speed climbing competition, gold medalists and reigning champion Iuliia Kaplina of Russia and Reza Alipourshenazandifar of Iran, both set new world
records. Kaplina broke the record, which she set only last weekend in Chongqing, by .08 seconds in the final against her teammate Mariia Krasavina,
who took second place. Anouck Jaubert of France placed third after Anna Tsyganova of Russia made a false start in the small final.

In the men’s semi-final round, Alipourshenazandifar shaved .06 seconds off the long-standing men’s world record of 5.60 seconds, which has stood since
2014. The Iranian did not post a time above six seconds throughout the competition and claimed victory in the finals after silver medalist Aleksandr
Shikov of Russia fell mid climb. Vladislav Deulin of Russia, who won last weekend at Chongqing, beat Bassa Mawem of France in the final to take third
place. 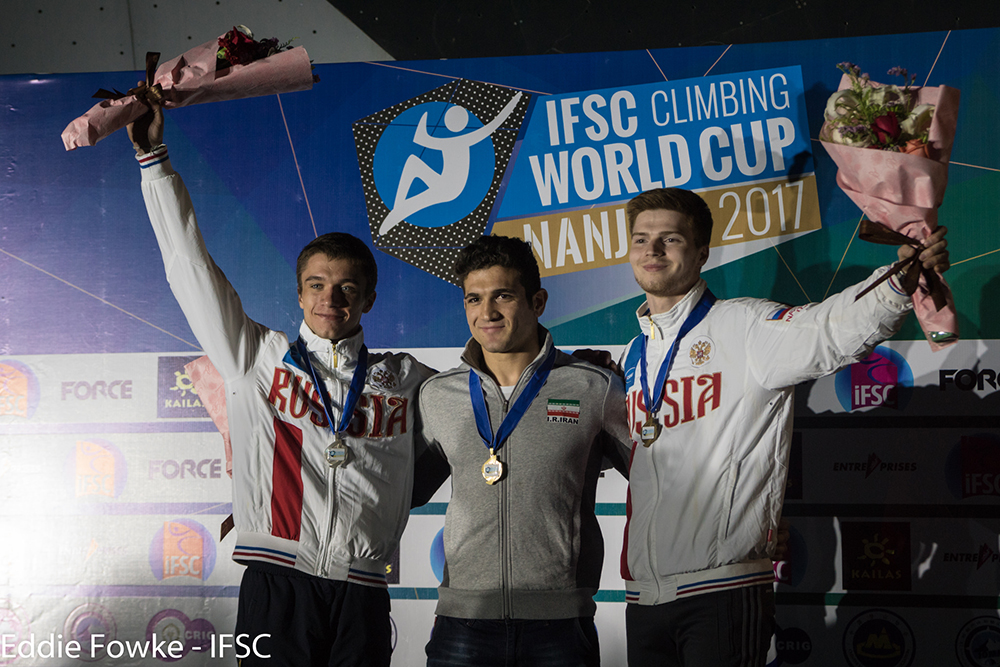 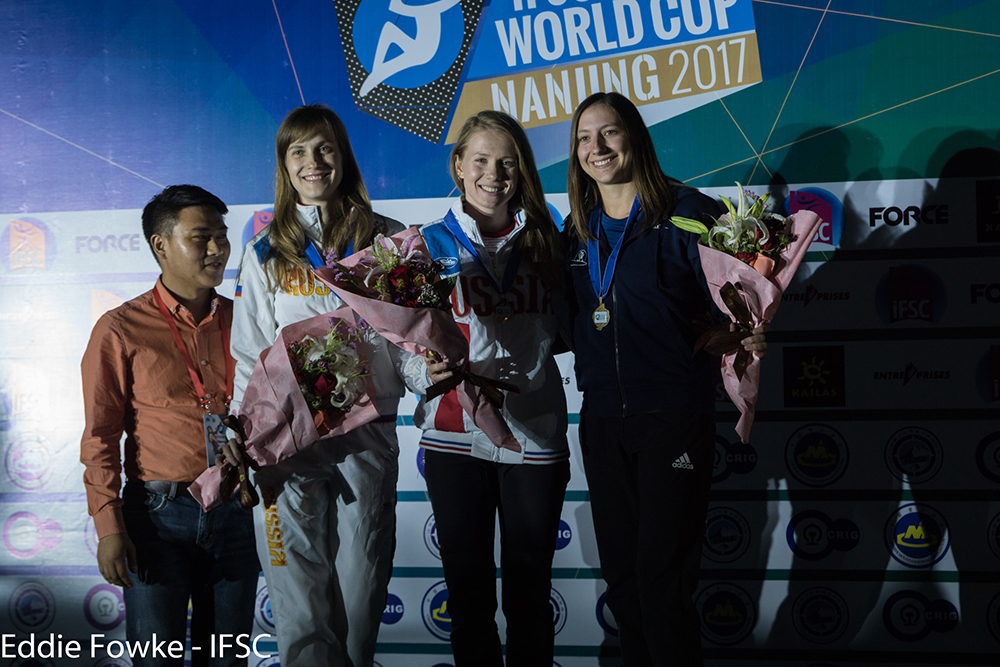 Full results from the World Cup in Nanjing can be found on the IFSC website.