From Meiringen to Kazo, Chongqing to Navi Mumbai, Innsbruck to Vail, the 2016 IFSC Bouldering World Cup season
has come to an end, finishing its seventh and final competition in Munich, Germany. Under the glass roof of Munich’s Olympic stadium last weekend,
world cup competitors chalked up for one last show. 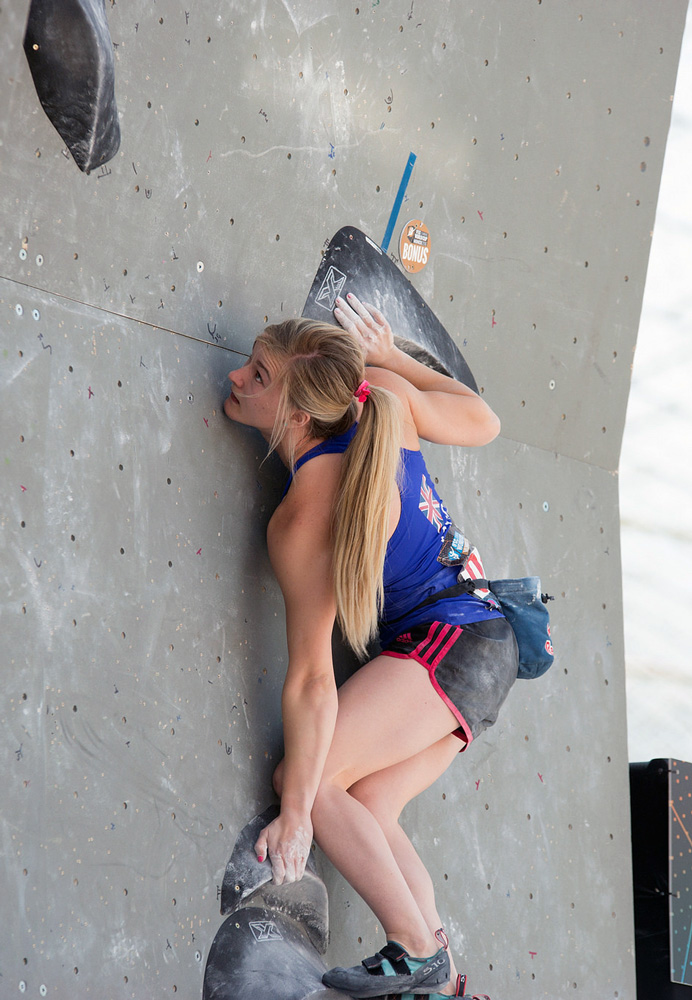 Tomoa Narasaki
and Miho Nonaka, both from Japan, took home gold medals. Narasaki’s performance allowed him to slip ahead of teammate Kokoro Fujii to claim the overall
bouldering world cup title. While the women’s overall champion—Great Britain’s Shauna Coxsey—was already determined after the Vail World Cup, second and third place were still up for grabs. Nonaka’s first place finish in Munich secured her a silver medal
in the overall bouldering world cup rankings.

On the men’s side, Narasaki finished all four finals problems in six attempts. Korea’s Jongwon Chon completed three problems in five attempts for second
place, ahead of Russia’s Alexey Rubtsov who flashed two, but couldn’t top the others. David Firnenburn of Germany took fourth; Mickael Mawem of France
fifth; and Manuel Cornu, also of France, sixth.

Representing the United States of America, for women, Lisa Chulich tied with Karoline Sinnhuber of Austria for 37th place, and Delaney Miller came in 57th.
For men, Martin Kuhnel tied with Yuval Shemla of Israel in 89th, and Denver La Mont and Christopher Smith landed in a three-way tie in 137th with Greek
climber Georgios Bernidakis. 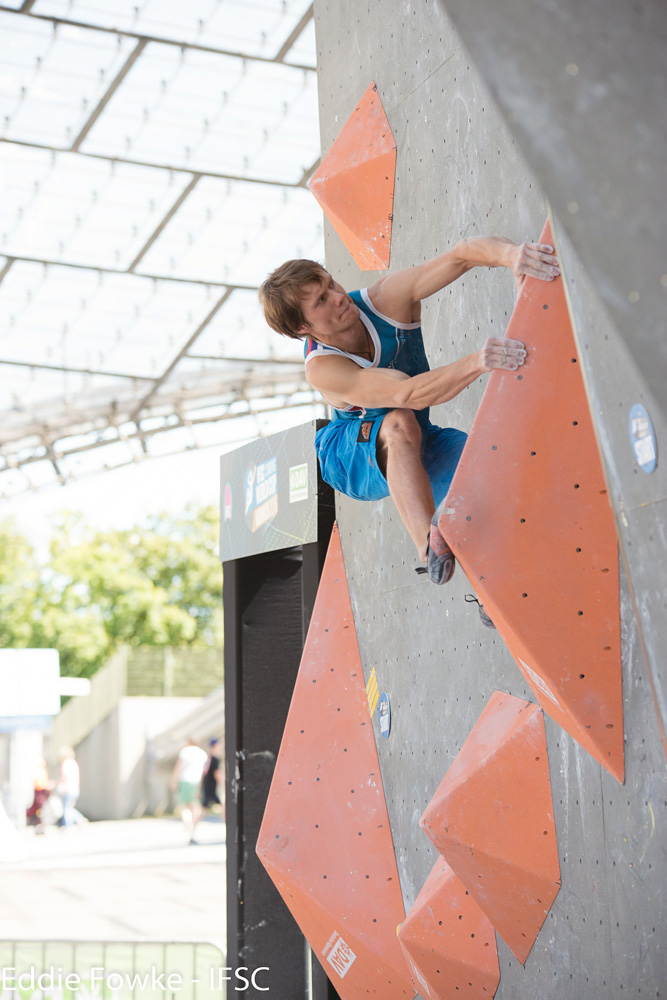 In the overall bouldering world cup rankings this season, Japan took three of six
(men and women) podium places. Narasaki, in first with 462 points and Fujii, in second with 395 points, filled the upper stages of the men’s overall
podium. Rubtsov came in third overall with 372 points, Chon in fourth with 270 points, and Russian climber Rustam Gelmanov fifth with 270 points, to
name the top five men.

For U.S. men, Daniel Woods came in 43rd, Will Anglin 54th and Austin Geiman 66th overall. All three men only participated in one world cup bouldering competition
this season.

The bouldering world cup season may be over, but lead and speed are in full swing. The next IFSC Lead World Cup will take place in Imst, Austria August
19-20. Check back for live streaming of semi-finals and finals, and for a recap and results. 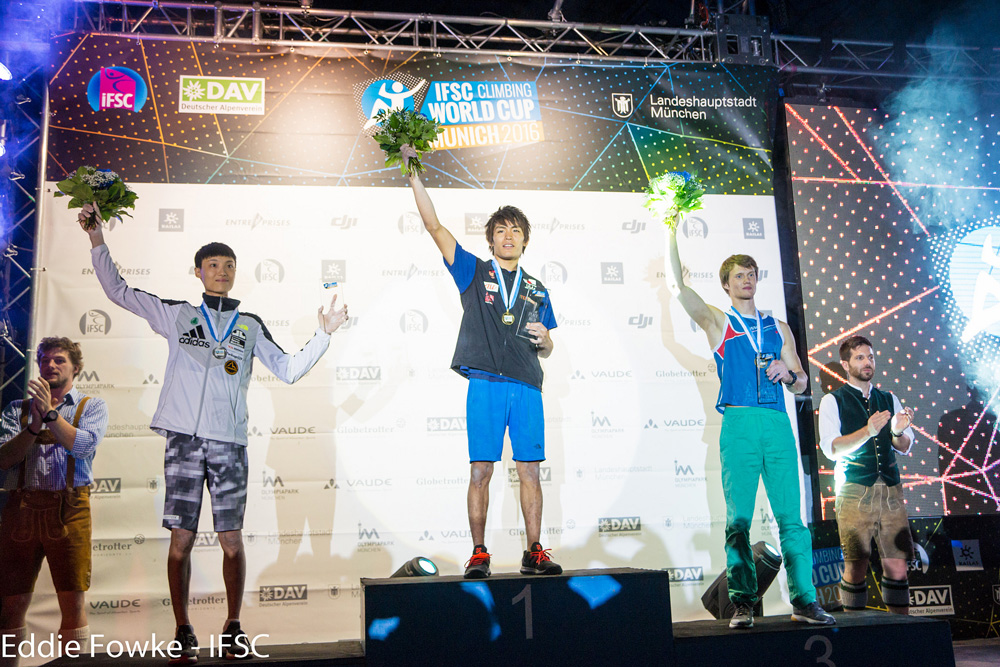 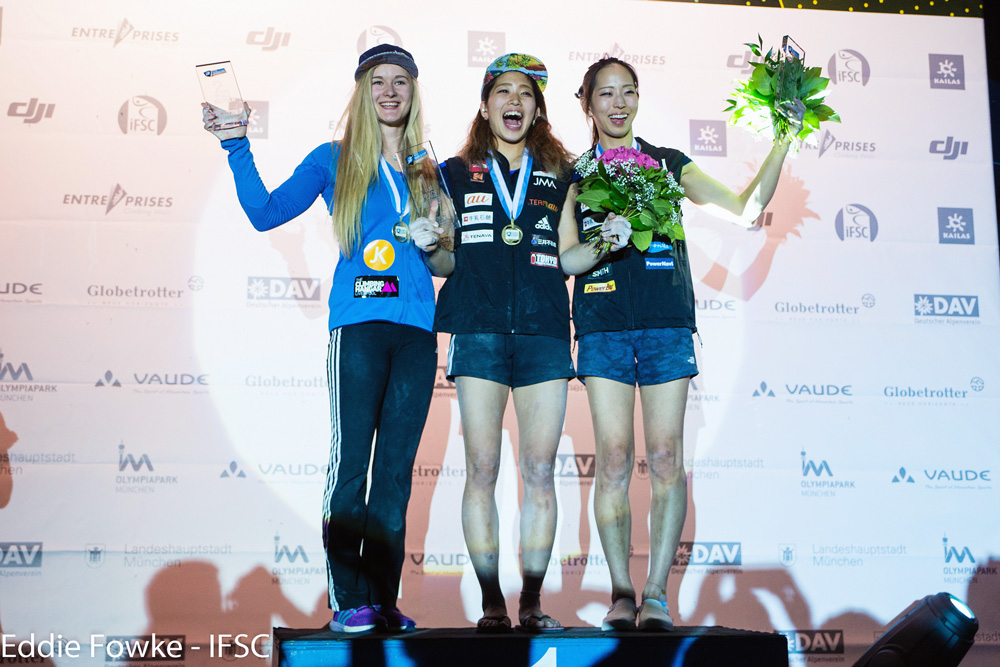 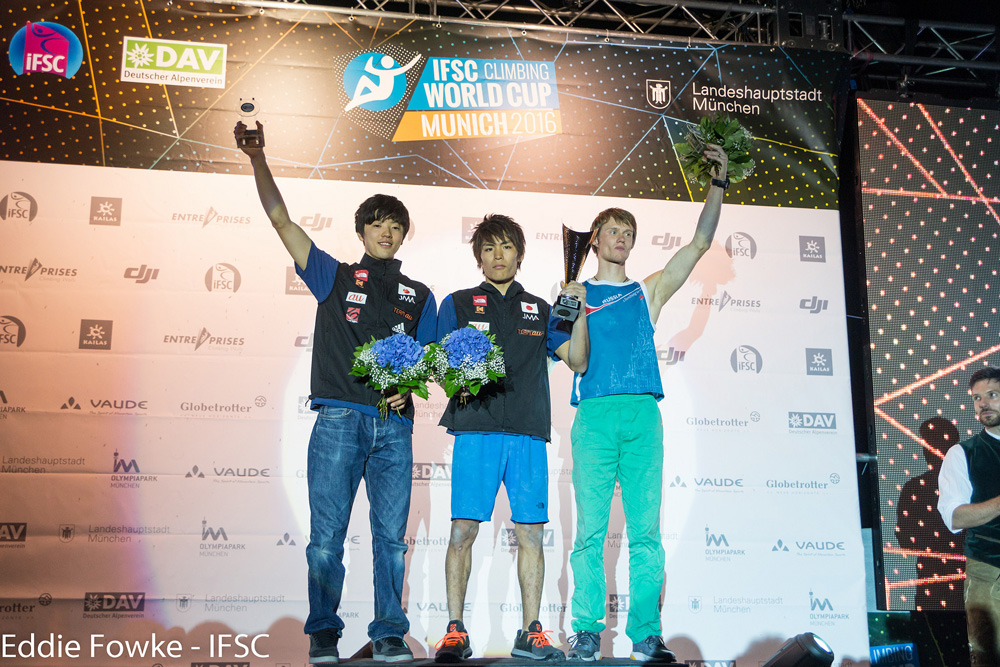