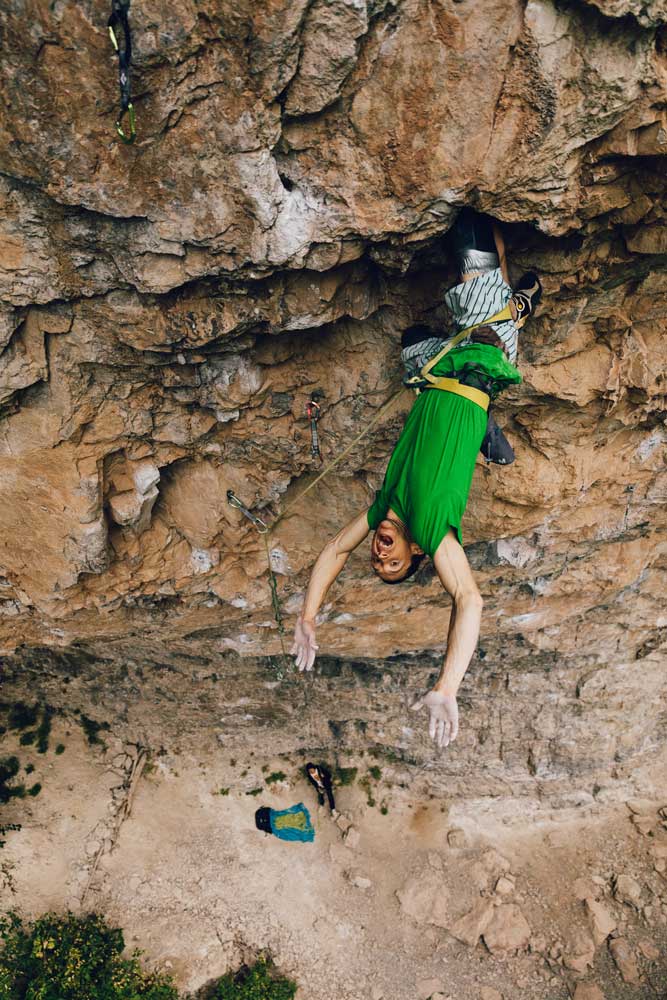 Mirsky has had his eyes set on The Crew ever since he first drove into the canyon. “I think it was 2003,” Mirsky tells Rock and Ice, “The Crew was the hardest route in Rifle at the time.” The Crew has maintained its status as one of Rifle’s hardest routes, since broken holds have bumped its grade from 5.14b to 5.14c.

“The Crew has an old-school, hard route feel,” Mirsky says. “The first six bolts are really un-Rifle—[it’s] bouldery, not three-dimensional, and the moves revolve around bad holds instead of big moves on good holds.”

Mirsky jumped on The Crew last year, but never made it through the third-bolt crux from the ground. He planned on returning to the route this fall as his first post-training project.

For the last few months, Mirsky has cranked out long days in the gym with fellow Black Diamond athletes Joe Kinder and Sam Elias. They went through three training cycles, split by three-week breaks. The first cycle was a base/foundation stage. “We did a lot of volume and spent time in the weight room working on pure strength,” Mirsky says. The second cycle was strength- and endurance-oriented, and the third moved toward performance.

On the day of the annual Rifle Rendez-Spew, Mirsky stuck the crux and made it to the first knee-bar rest from the ground for the first time, where he was able to get his arms back. He powered through the next “pumpy, insecure” section, and moved into his favored style of big-moves-on-good-holds. His feet cut, he made a clip, he cruised through a slopey section to the 2×4 pinch, and slapped the “rad flake/side-pull feature” to the next no-hands, knee-bar rest.

“Then you’re almost out,” he explains, “but there’s one more section that’s the redpoint crux for me—never guaranteed. High step into an undercling, huge move out left. You have to stand into it with momentum or topple off the wall. Then you hit the vert-panel, get established, and pull the final roof with two marginal knee-bars to the anchors.” 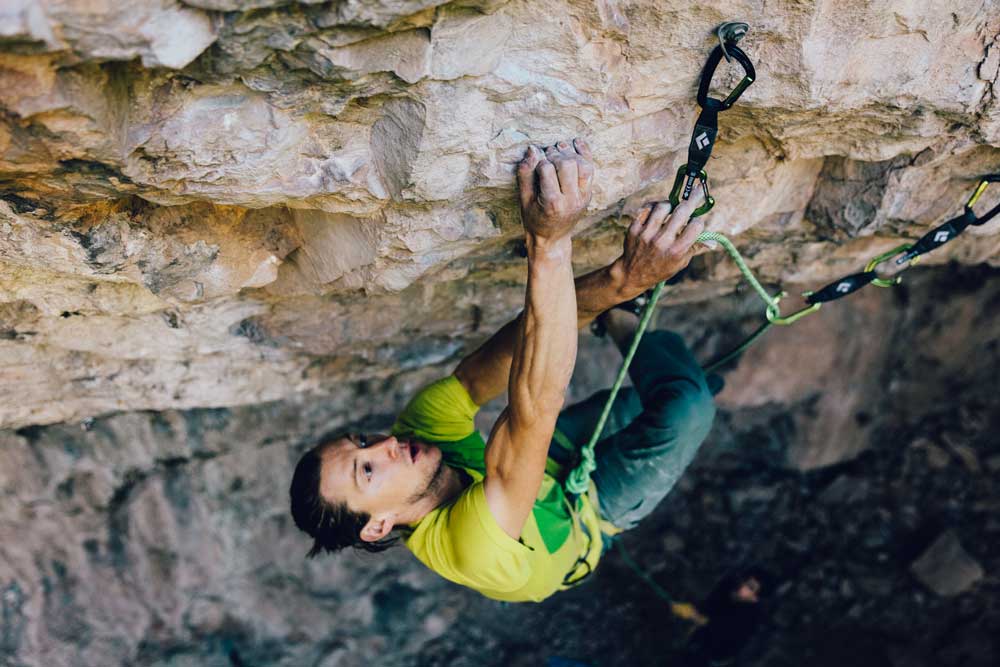 Mirsky plans to spend the rest of the month climbing in Utah, with his eyes set on Apex Predator (5.14c) at the Poptire Cave before he heads to the Red River Gorge, Kentucky to take down “an old nemesis,” Southern Smoke (5.14c).