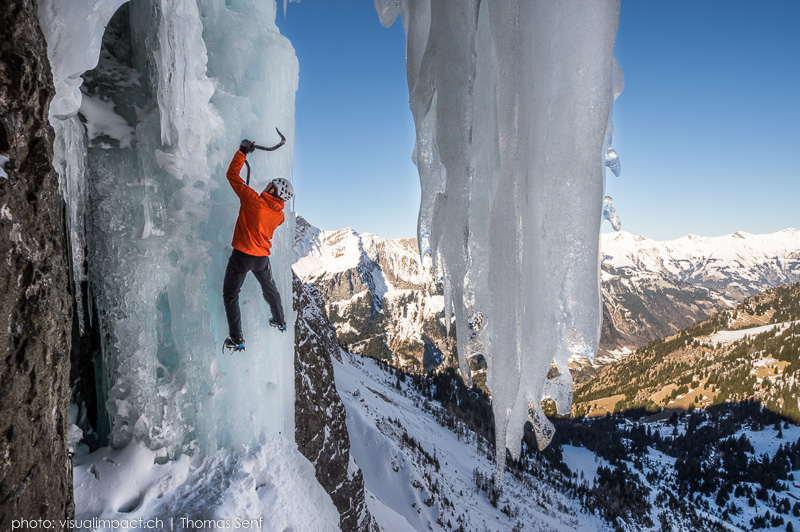 Swiss alpinist Dani Arnold has free-soloed the eight pitch Crack Baby (Grade IV WI 6) on the Breitwangflue, above Kandersteg in Switzerland. Arnold stormed up the 1,115 feet of climbing in a mere 27 minutes, setting an unprecedented speed record for the difficult ice climb.

“I had always wondered just how quickly it was possible to climb Crack Baby,” says Arnold of his ascent.

On March 9, after a quick roped ascent the day before to stash a harness and rope on top for his descent, Arnold averaged approximately 8 minutes for every 330 feet of Crack Baby.

Dani Arnold is a mountain guide from Uri, Switzerland. His most notable climbing achievement is his current speed record for the Eiger North Face, which he climbed in 2 hours and 28 minutes on April 20, 2011. However, Arnold’s mountain prowess is not limited to speed ascents. For example, in April 2013, Arnold teamed up with young Austrian alpinist David Lama, and the duo climbed a cutting edge first ascent on the previously unclimbed east face headwall of the Moose’s Tooth in Alaska.

Check out the video of Arnold’s recent ascent of Crack Baby.