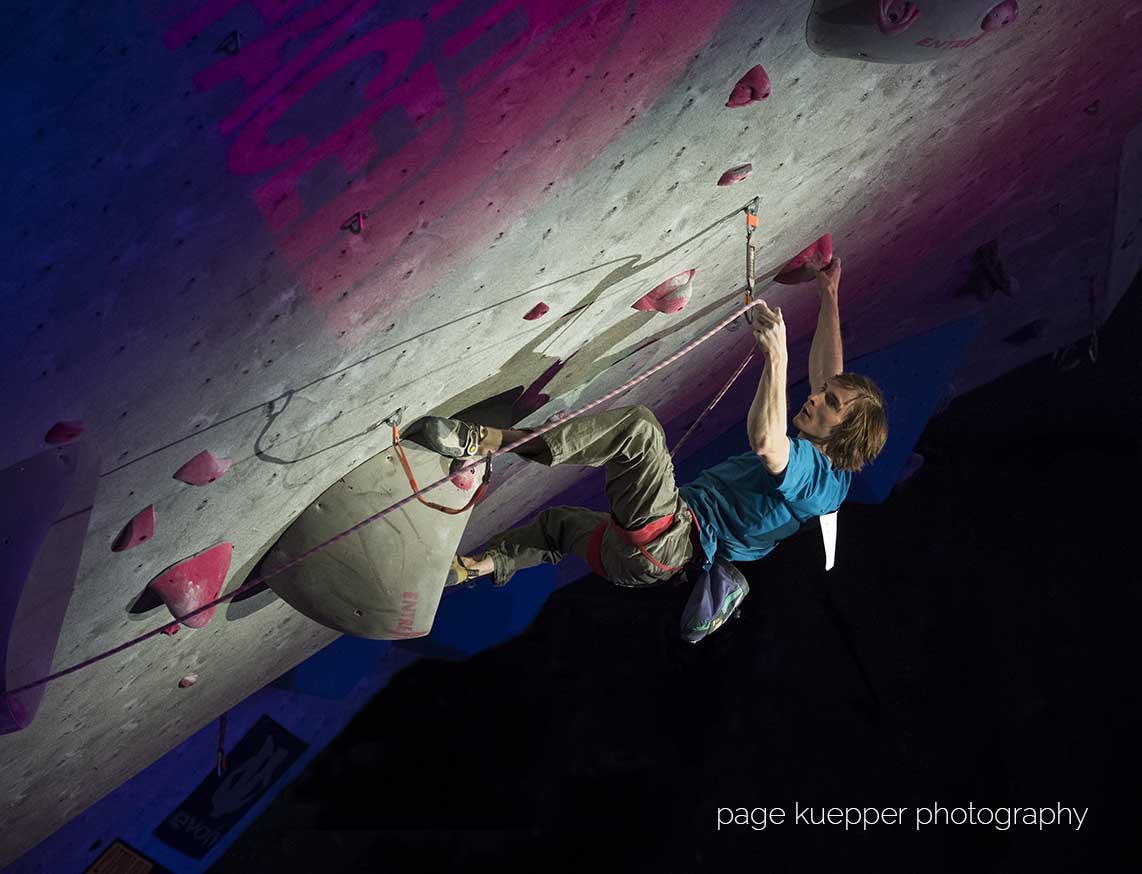 Daniel Woods took first in men’s and Charlotte Durif placed first in women’s at the Sport Climbing Series (SCS) Nationals this past weekend at Movement and Fitness climbing Gym in Boulder, CO. Daniel Woods also became the first person to win bouldering and sport climbing nationals back to back.

11 men and nine women competed in finals this year. “The routes looked hard, but not short and bouldery like last year’s,” writes Jackie Hueftle, a route setter at the Spot Bouldering Gym, on the Spot Route Setting Blog. “Instead, the announcers said that the routes are supposed to be truesport style, with each move progressively a bit harder than the last.”

“For the men, Daniel Woods qualified in seventh and put on a fantasticperformance, looking controlled and powerful throughout,” Hueftle writes. “It looked likehe might send the route but then he fell on the top headwall. With sixmen left to go it was probably nerve wracking for him to wait and seehow he’d end up. In the end, he dominated the field and walked away withhis first SCS National Championship.”

After Daniel Woods in first, Carlo Traversi placed second and Noah Ridge came in third for the men’s category.

“French champion Charlotte Durif was here to win the women’s category,and win she did, as the only woman to send the women’s final,” Hueftle writes. “She foundsome kneebars in the top headwall, then after resting a bit executed aperfect dropknee and did a French blow (blowing chalk off her fingerswith the relaxed detachment of an old man casually sending your projectin Font on his after-work circuit) while moving to the pocket thatDelaney had fallen from. From there she matched on the outside of thepocket, threw a heel-hook, crossed to the second to last hold, andeasily jumped to the finish. Awesome.”

After Durif, Delaney Miller placed second and Chelsea Rude came in third. Since Charlotte Durif is French and not American, Delaney Miller is now the women’s national champion for sport climbing and will go on the world circuit representing the U.S. 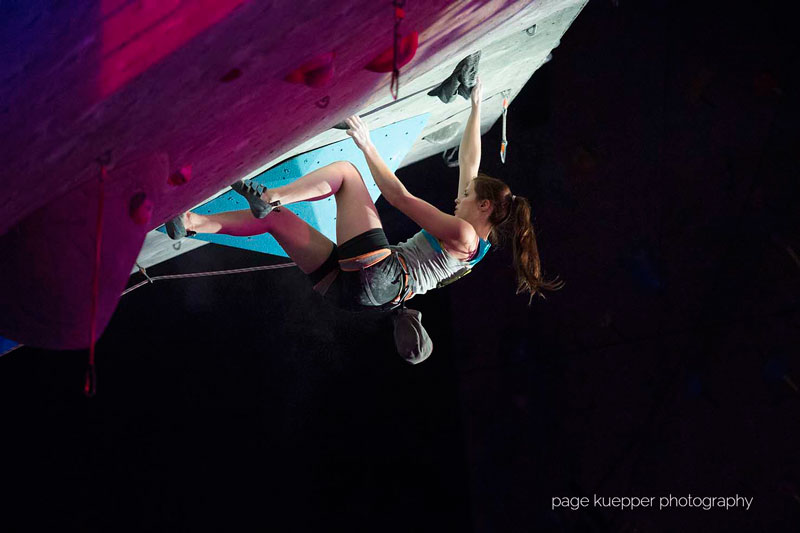