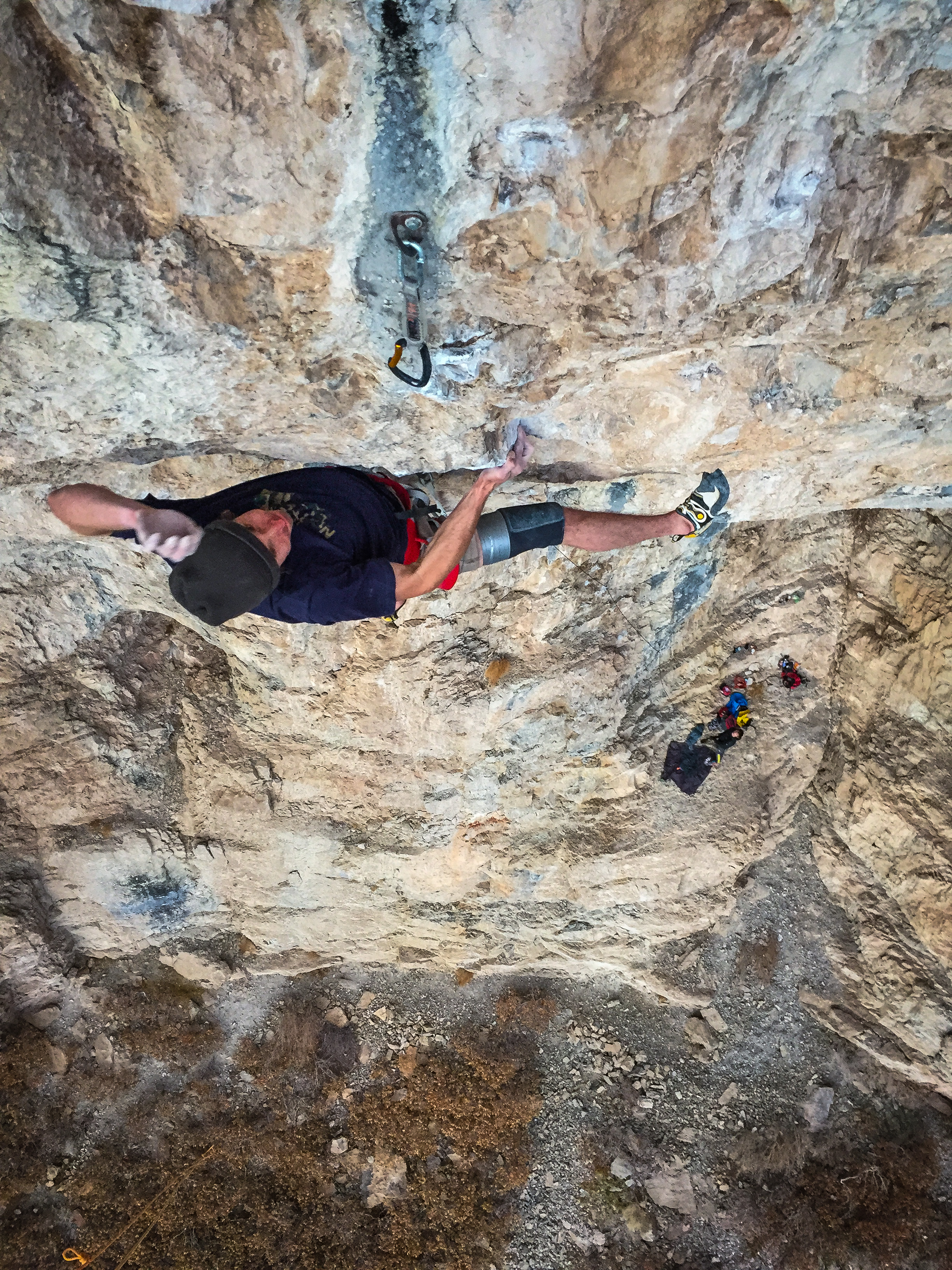 The Kryptonite (5.14d) send-train continues up at the Fortress of Solitude in Colorado. Carlo Traversi clipped the chains on March 23, Daniel Woods earlier this month and now Jon Cardwell over the weekend.

Kryptonite is an iconic climb—the first of its grade in North America—established by Tommy Caldwell in the winter of 1999. Woods, Traversi and Cardwell, along with Ryan Sewell and Matty Hong, have been working the route together since February.

“Between all of us, there’s always great camaraderie,” Cardwell told Rock and Ice. “An advantage of such a group is that everyone creates awesome beta, and yes, once someone is getting close, it pushes you to try harder.

“I wouldn’t call it a competition, but lets just say that we definitely motivate each other!”

Despite wet holds at the bottom of the route in February, Cardwell and Traversi were able to figure out the beta. Kryptonite can be broken down into three sections: The first, 40-feet of 5.12 climbing to a large hueco where “the business starts,” in the words of Cardwell. From the hueco, it’s 60-feet of bouldery moves on mostly side-pulls to the crux—the last few moves before a decent rest in a crack. After the rest, 30-feet of 5.13 climbing guard the anchors.

“I was inspired by the history of the climb,” says Cardwell. “It’s a benchmark in American climbing, and also one of the best limestone climbs I have seen in North America!”

After Daniel Woods climbed Kryptonite earlier this month—after 3 days and eight tries, the eighth ascent of the route—he reported on Instagram: “Props to [Tommy Caldwell] for having the vision and establishing the coolest 9a [5.14d] I have been on. Sad to say it’s over, but luckily there is more at the cliff!”

Cardwell says that watching Woods on the climb motivated him. After a quick trip to the Red River Gorge, Cardwell returned with Ryan Sewell to finish the job.

“The send was a pretty wild experience,” says Cardwell. “I set off, hitting every sequence the best I could. The last few moves were the most intense, I wasn’t thinking much, just gunning for the next hold.

“Ryan was silent the entire climb. When I clipped the chains, I yelled out in pure excitement.” 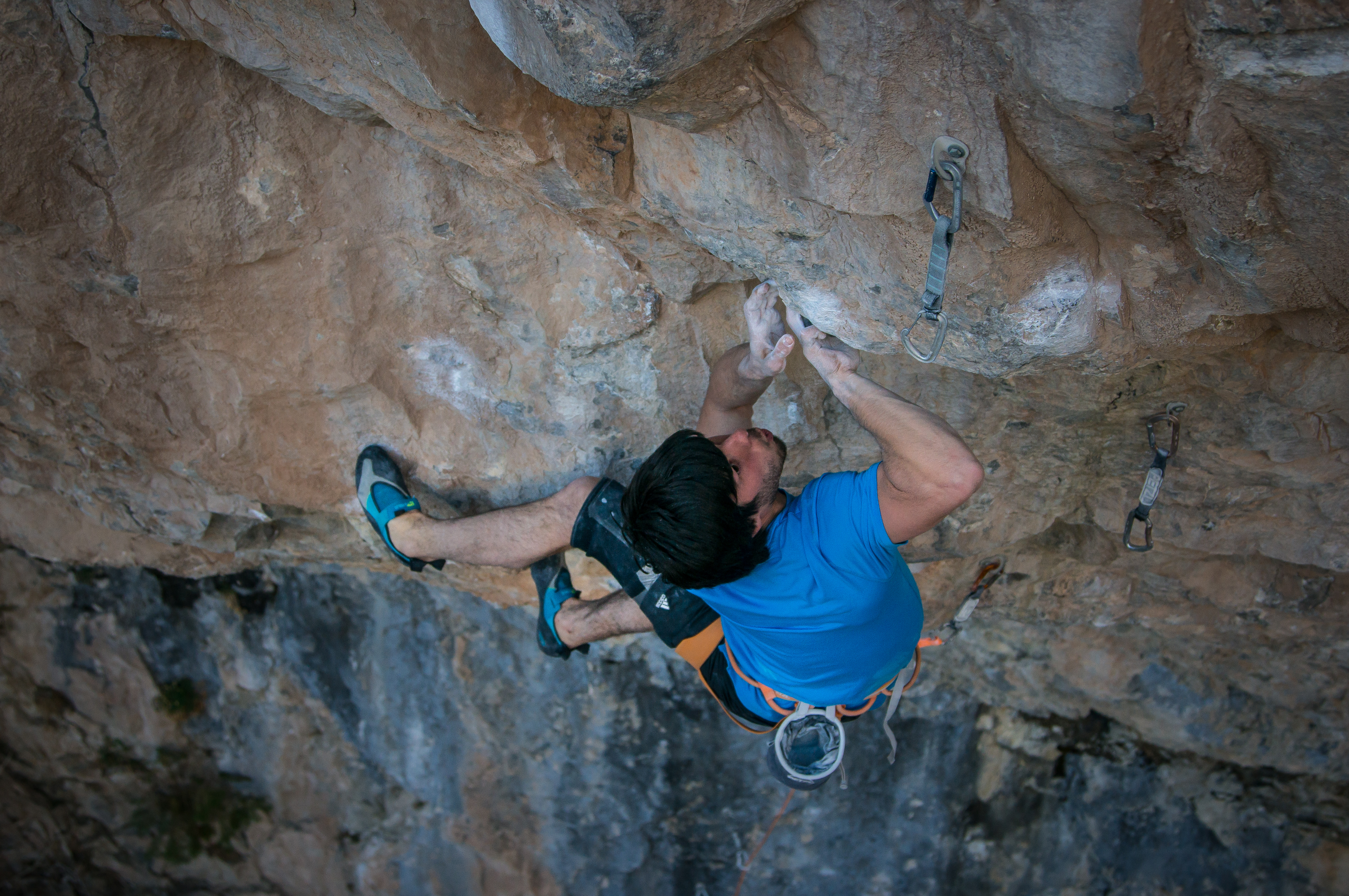 The next day, riding on the psyche from Kryptonite, Cardwell jumped on another Tommy Caldwell line, Tomfoolery (5.14b), and made the send after one warm up burn (he had worked the route in the past). “A weekend to remember,” says Caldwell. “So Stoked!!!”

According to Cardwell, Hong and Sewell are more psyched than ever to keep projecting Kryptonite. Cardwell says, “I suspect we’ll see more ascents this season!”