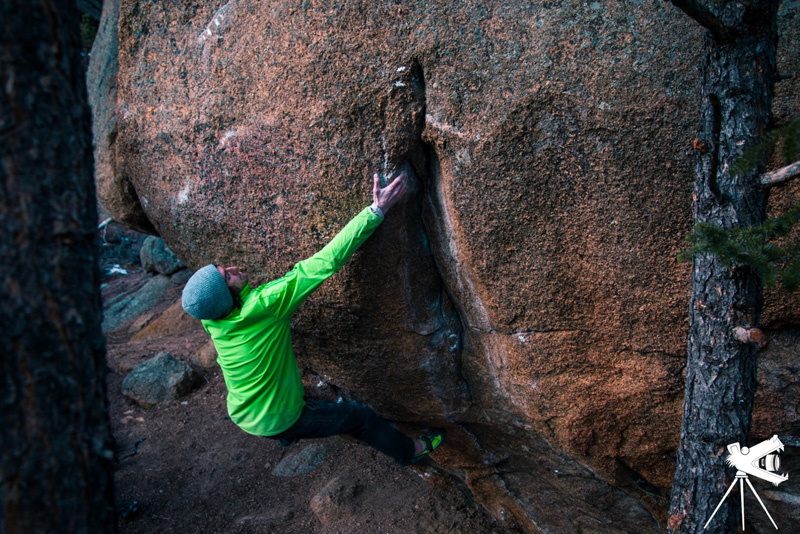 Bridge of Ashes (V15). Photo by Cameron Maier Dave Graham has just completed his project to yield yet another V15.

Named Bridge of Ashes, Graham describes the line on The Island as “a blunt powerful prow, situated near the road in Estes Park, in an area named Elkland.”

Graham had been projecting the problem for several months and had even decided to incorporate a little training to insure success. “I’m not taking any chances,” wrote Graham on The Island. “I started doing push-ups. And even sit-ups.”

Graham battled the unpredictable conditions of a Colorado winter while projecting the line, and also explained that the sharp granite of the boulder would destroy his skin after several attempts, which created a frustrating element to the project. “The terrible left hand crux hold is a tip splitter and a session ender,” wrote Graham on the Island.
However, Graham persevered and sent the rig yesterday, just before a snowstorm reached The Front Range of Colorado. 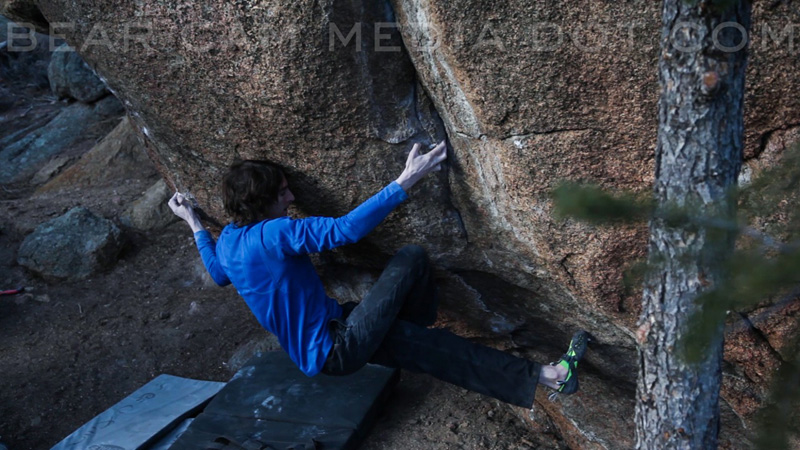 Bridge of Ashes (V15). Photo by
Cameron Maier
DG booted up a few times, expectations didn’t get too high,” writes Cameron Maier on The Island, “[B]ut then all of a sudden he was on top of that damn boulder screaming his lungs out in joy of his earned victory.” 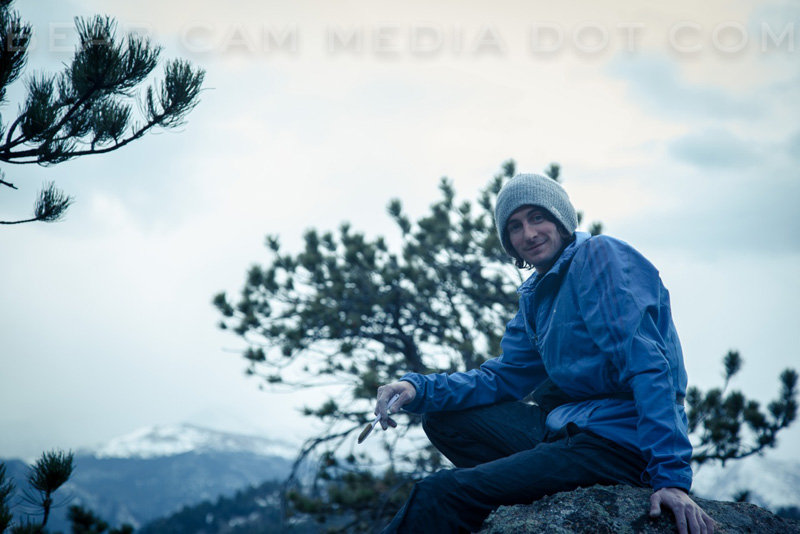