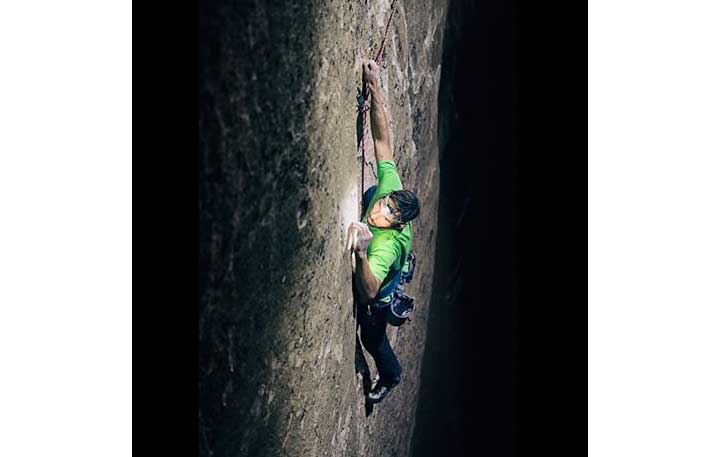 The news is out: Kevin Jorgeson has sent pitch 15 of the Dawn Wall. After days of battling with the second 5.14d pitch of the route, and struggling to
latch the small, razor-sharp holds due to a hole in his finger, Jorgeson has finally put to rest what he has called his biggest challenge on the
entire wall.

“After 6 years of work, my ‪#dawnwall quest
comes down to sending this pitch,” posted Jorgeson on Facebook two days ago.

Caldwell and Jorgeson are now poised to send what will be the hardest big-wall in the world. Caldwell has completed all the 5.14 and 5.13 pitches on the
route, having topped out on Wino Tower last night. Before last night, Caldwell still had to climb two 5.13c’s and a 5.13d before the difficulty eases
off considerably on the wall. Now, Jorgeson will move on to pitch 16. If all goes according to plan, he will attempt the original pitch 16 variation,
which includes the 6-foot sideways dyno.