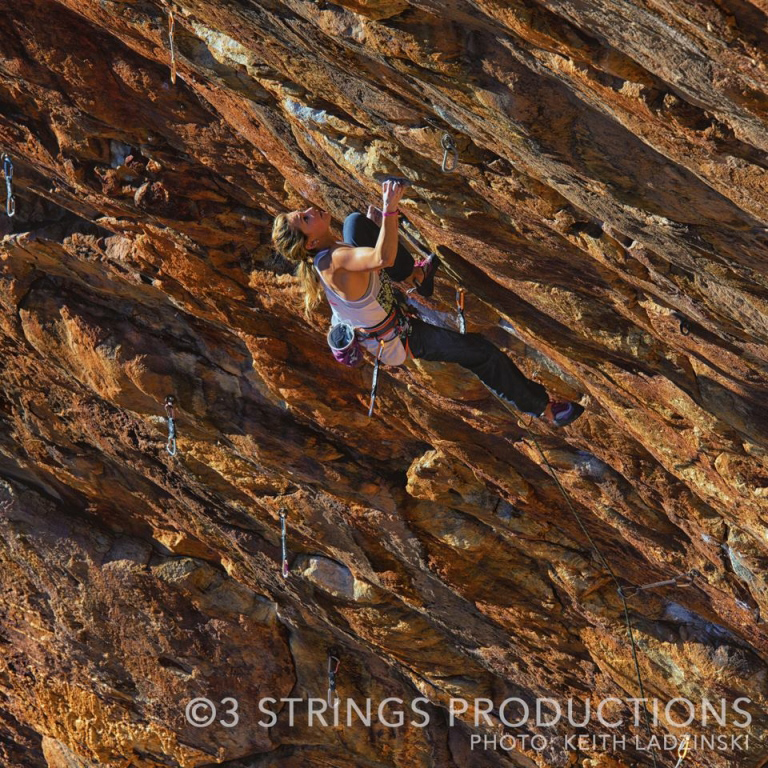 3 Strings Productions/Keith Ladzinski. ” />Sasha DiGiulian has nabbed another cutting-edge first ascent by completing Mis-Behaving (5.14a) in Montagu, South Africa. Writing on 8a.nu, DiGiulian had this to say about her new route: “Neat line–power endurance with increasing difficulty in the movements to the anchors.” DiGiulian managed to send Mis-Behaving after a mere three days of work. Bolted 10 years ago by Sean Mars, the line had been an open project and lacked a successful ascent until DiGiulian visited the cliff. This ascent is fresh on the heels of her impressive FA of Rolihlahla (5.14c) at Waterfall Boven, South Africa, which she opened earlier this month.