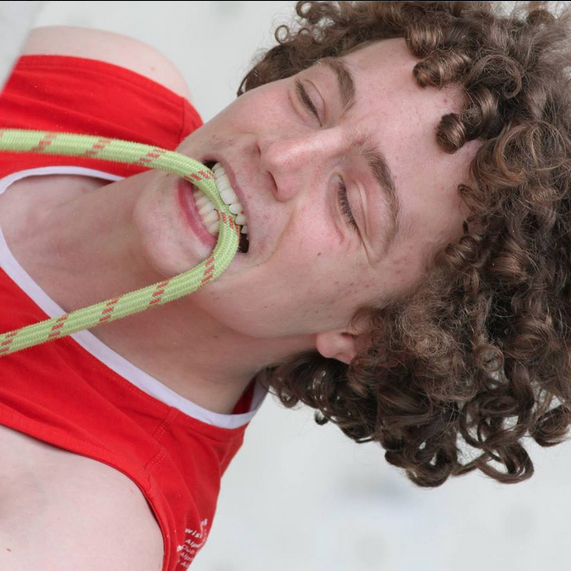 Dimitri Vogt clipped the chains on his first 9a (5.14d), Cabane au Canada in Rawyl, Switzerland, on June 28. The eighteen-year-old Swiss climber tried the route one day last season and came back this year determined to send—Cabane au Canada was the main goal of his trip.

“I felt strong,” Vogt told Rock and Ice, “but I really didn’t expect that I would send it on the second go of the day. I climbed really fast and offensively on each move, and I guess that strategy paid off.”

Lionel Clerc made the first ascent of Cabane au Canada in 2006 after Didier Berthod bolted the line. Since then, the route has seen several repeats, including an onsight by Adam Ondra in 2013. Vogt redpointed Cabane au Canada on his eighth attempt.

“I thought I would have to invest much more time in it to succeed,” Vogt said.

“I don’t know about the grade,” he wrote on his 8a.nu scorecard. “I don’t have enough routes to compare [it to].”

Vogt has ticked several other 5.14s in Switzerland the past year, including Hybris (5.14c) in Lehn, Paradis Artificiel (5.14b) in Rawl and most recently Trümmelbach (5.14a) in Gimmelwald. Indoors, Vogt placed fourth in the Youth World Championship for lead last year.