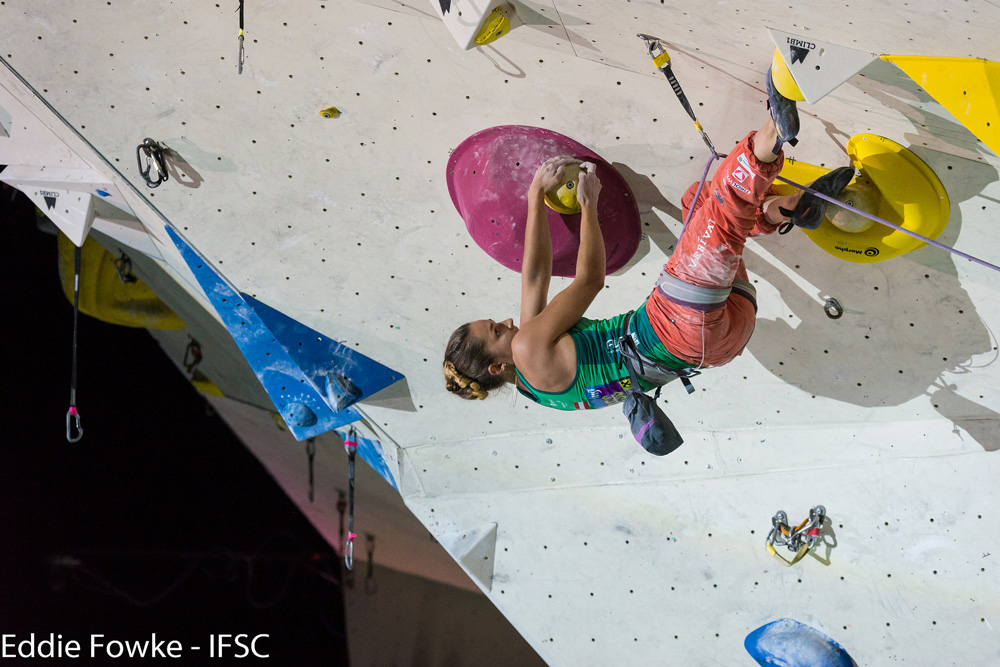 After four IFSC Lead World Cups in the 2016 season, there has yet to be a competition where a Slovenian climber
hasn’t won a gold medal. In Imst, Austria this weekend, Domen Skofic kept the streak rolling. He won the men’s field for his third time this season.

Skofic took first place at the first lead world cup on the year in Chamonix, France and first place in Briançon, France. He placed 13th in Villars, Switzerland. “[Fourth] stage and 3rd win this year, I’m just speechless!” he wrote on Instagram following his victory.
“On observation I couldn’t even get through the whole route so I had to improvise the last part. Honestly I don’t know how I stuck the last few holds.
Huge fight!”

His teammate, Janja Garnbret, who won the first three lead world cups for women, placed fifth overall in Imst. Austrian climber Magdalena Röck broke Garnbret’s
gold-medal streak and took gold on her home turf, for the second time. Imst was Röck’s best result so far this season, after a third place finish in
Briançon, fifth in Villars and fourth in Chamonix.

In finals, Röck won by positive movement with 56+ points. Mina Markovic, of Slovenian, took a close second with 56 points. Jain Kim, of Korea, also racked
up 56 points but Markovic’s 59+ point performance against Kim’s 56+ in the semi-final round broke the tie. Anak Verhoeven, of Belgium, came in
fourth with 54 points; Garnbret fifth with 50+ points; Julia Chanourdie, of France, sixth with 45+ points; Tjasa Kalan, of Slovenia, seventh with 45+
points; and Anne-Sophie Koller, from Switzerland, eighth with 39 points, to complete the women’s finals field. 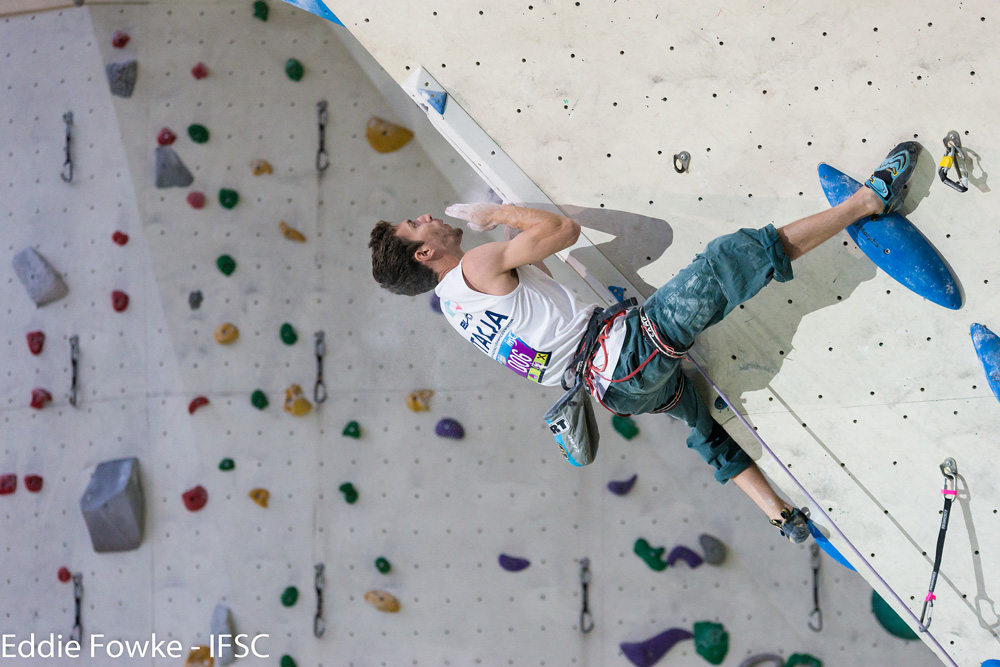 Representing the United States of America, Sean Bailey placed 35th and Martin Kuhnel 53rd for men, and Delaney Miller 27th (she missed semi-finals by one
place) and Julia Talbot 47th for women.

The next IFSC Lead and Speed World Cups will take place in Arco, Italy next weekend, on August 26 and 27. Check back for live streaming of semi-finals
and finals.

Watch the highlights from Imst finals: 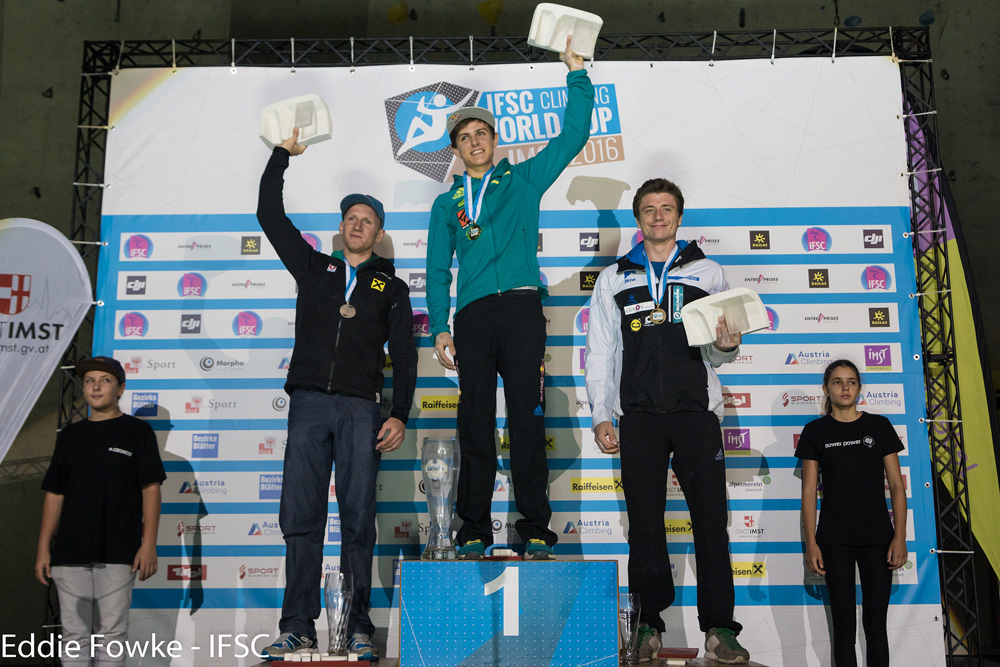 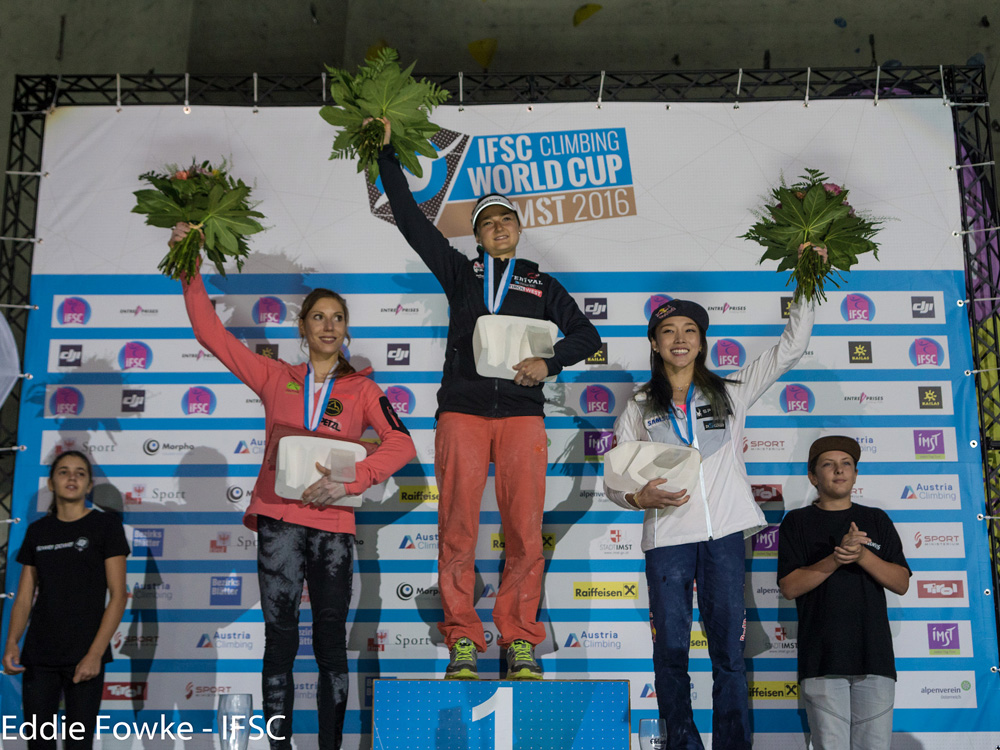