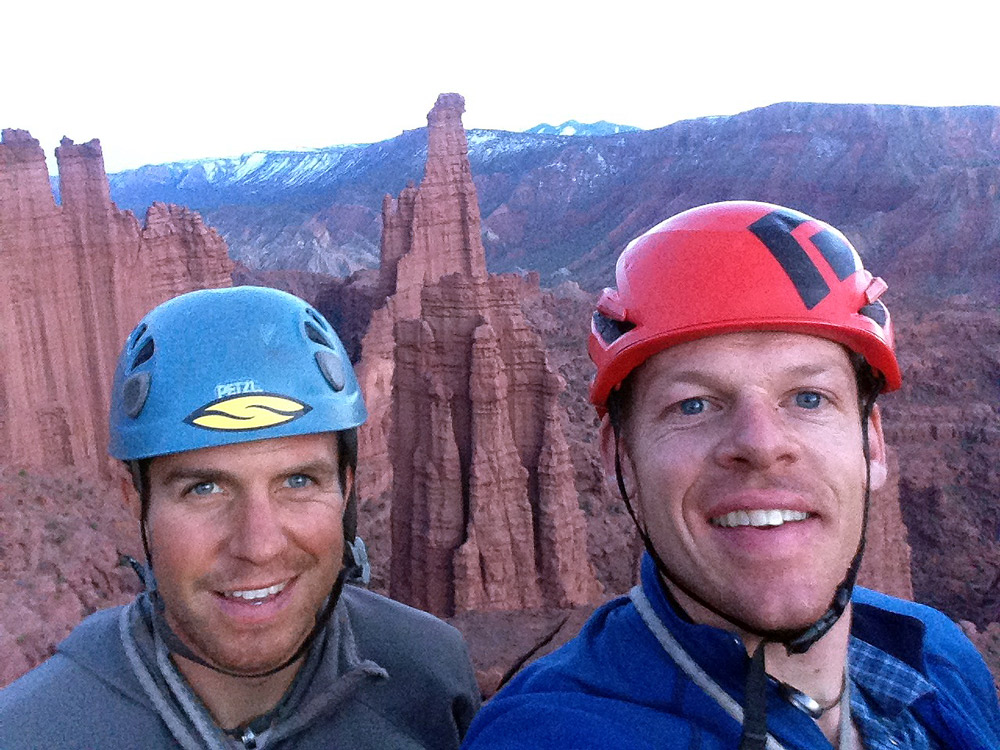 Matt Pickren and Ben Kiessel woke at 4:00 a.m. Twenty minutes later they were hiking and by 6:00 a.m. they were on Fantasia (5.10- C2 R). Eight pitches and 2 hours 45 minutes later, they
topped out the route and stood on the summit of The Oracle—one of the five major Fisher Towers in Utah, an area notorious for bad gear, choss
and mud.

Pickren and Kiessel, of Durango, Colorado, were back down and on to the next sandstone tower by 9:30 a.m. They climbed Finger of Fate (5.8 C2)
on The Titan followed by Phantom Sprint (5.9 C3) on Echo Tower, which they summited at 5:20 p.m.

“After Phantom Sprint, it was game on,” Pickren says.“The go big idea got stronger and stronger after making each summit faster
than planned.”

Pickren, 30, and Kiessel, 31, had only planned on climbing The Oracle, The Titan and Echo Tower. Their goal was to link up the three towers in less than
24 hours. But, “With little discussion,” says Pickren, “I think we both kinda just set our minds on f&%k planning, lets go for it.”

Their three-tower linkup on March 20 turned into a six-tower linkup—42 total pitches—and they still achieved their goal of breaking the 24-hour
mark. 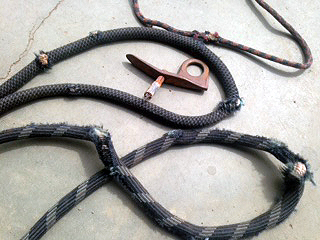 It was 4:30 a.m. by the time they reached the summit of Cottontail, their sixth and final desert tower, 22 hours 30 minutes since they started up The Oracle.

“It was pretty cool to finish the push by climbing West Side Story on Cottontail,” says Pickren, “since it was the first route Ben and I climb
together in 2006.”

Kiessel and Pickren guide for San Juan Mountain Guides based in Durango and also work for the nearby Farmington, New Mexico Fire Department. They’re both
motivated by “go fast, get ‘er done techniques” says Pickren. In October, they made a one-day ascent of The Nose on El Cap together.

“Since we live three hours from the Fisher Towers, we figured this was the place to continue such fun,” Pickren says. “We have each been climbing in the
Fishers for 14 years and it was a pretty obvious linkup that had never been done (we think).

“After the linkup of ice climbs last winter, we were motivated to push our limits again.” 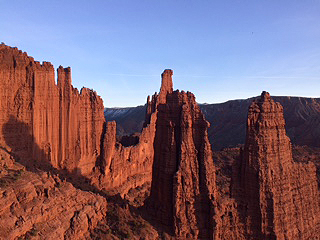 Last winter, like the Fisher Towers linkup, they added more routes on the fly.

“We are now stoked for bigger and better linksups,” says Pickren. “Ideas that were once pipedreams now feel more realistic having accomplished this goal.”