Sam Elias took the Vail Mountain Games Mixed Climbing Competition by storm on Friday, February 8, finishing a full two minutes ahead of the next competitors. Scott Adamson came in second and Will Mayo took third.

The competition pitted climbers head-to-head against each other on two overhanging, 50-foot tall artificial walls. Competitors had to dry tool on imitation rock holds and swing their tools into foam holds that imitate ice on the two mirror-image routes. Whoever reached the highest point won and, if both competitors reached the same high point, whoever had the fastest time on the two combined routes won.

Both male and female climbers competed against each other this year. Dawn Glanc was the only female participant and while she advanced far into the qualifying rounds, she did not make it to finals.

Elias finished with a total time of 5:30, Scott Adamson finished in 7:24, and Will Mayo finished in 8:48. Jason Nelson came in fourth after falling from one of the holds.

Climbers had to go through multiple qualifying rounds before reaching the finals. This meant some of the finalists had climbed up to 14 laps throughout the day before competing in the ultimate rounds. After winning, Elias tended to multiple tool cuts on his hands at the Larkspur restaurant in Vail. 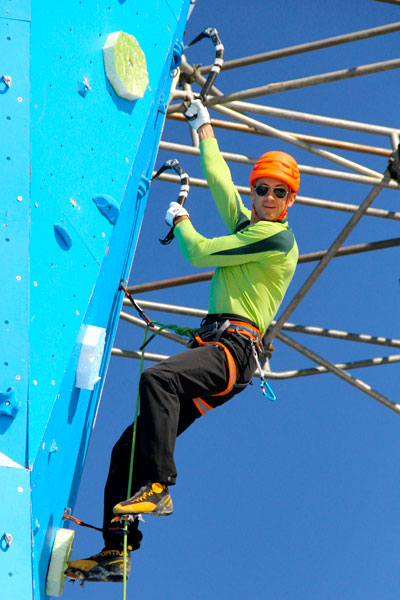 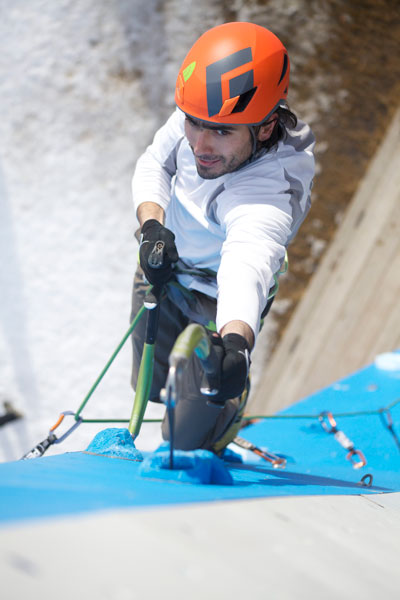 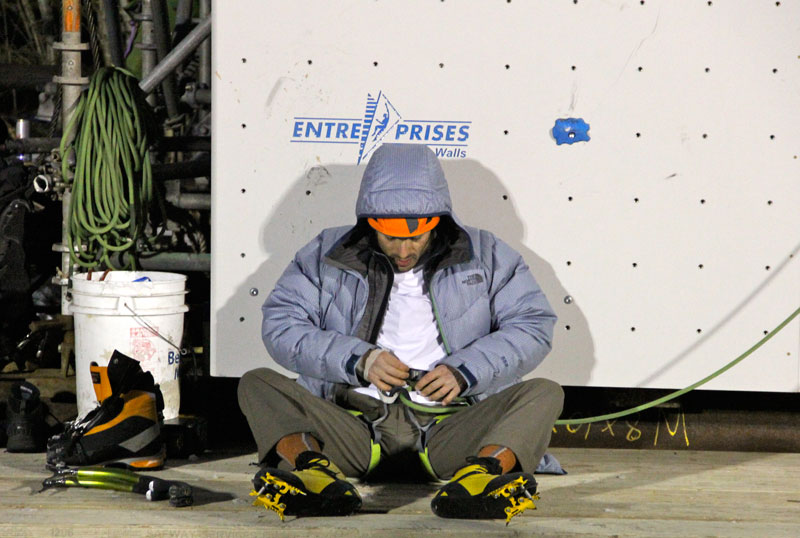 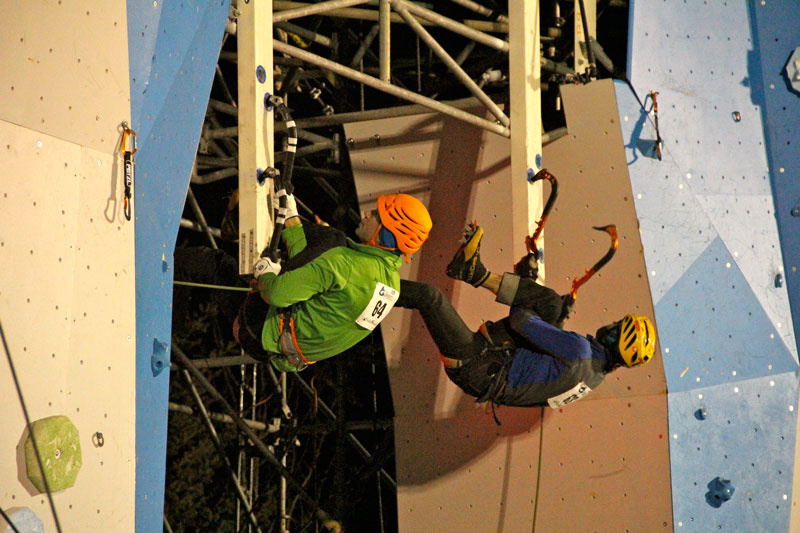 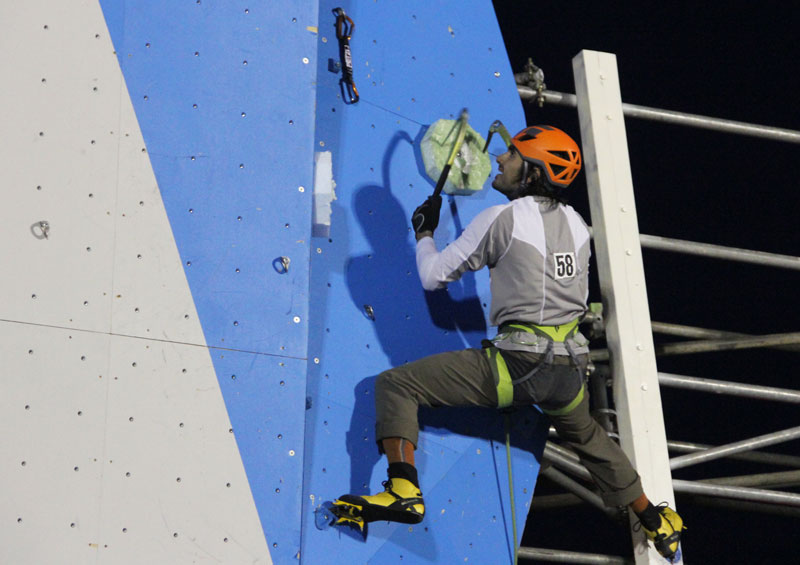 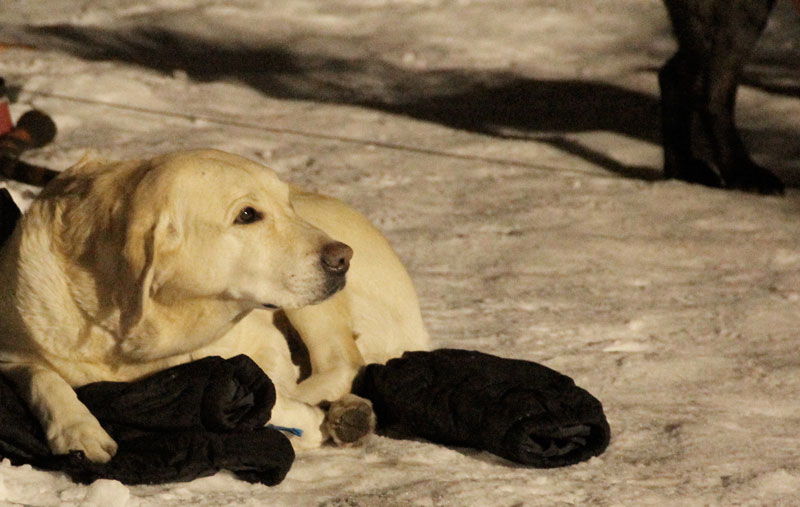 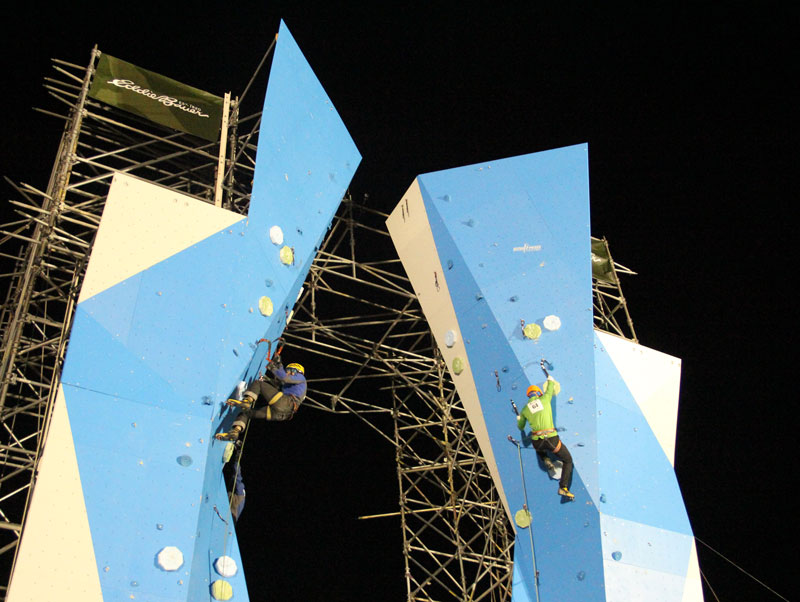