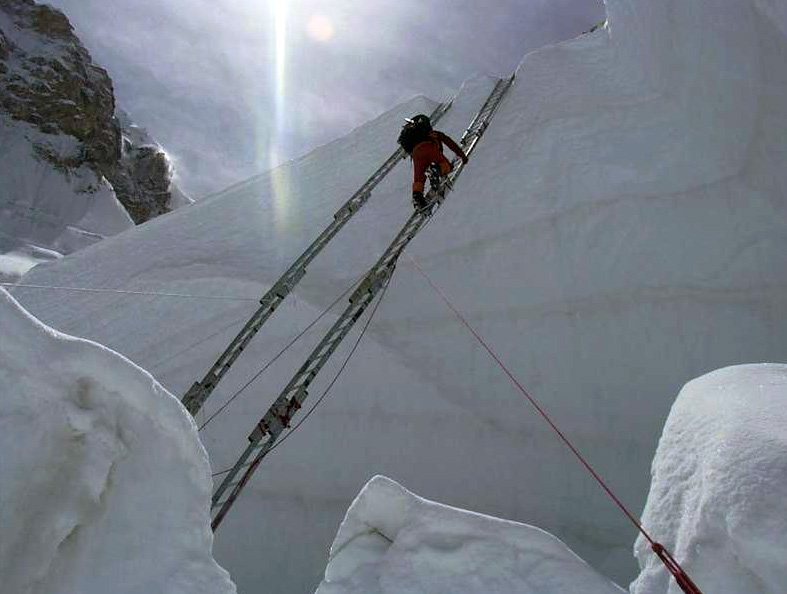 Mount Everest’s Icefall Doctors have established the route through the Khumbu Icefall for the 2016 spring season. The icefall, the chaotic section of the Khumbu Glacier, divides Base
Camp (17,500 feet) from Camp I (20,000 feet) on the South Col route. In an effort to avoid avalanches, the workers made the passage similar to that of 2015, running up the more technical center of the fall, rather than the classic push up the western shoulder.

Each year, the Sagarmatha Pollution Control Committee—an NGO in the Khumbu region that acts
as the de facto governing body of Everest—commissions a team of Ice Doctors to pick and establish a route through the ice flow as part of Everest’s
popular South Col route, as well as the approach to Annapurna. On April 10, eight Sherpas finished placing 23 aluminum ladders and many fixed ropes
along the fall to aid climbers ascending the glacier.

Soon, climbers hoping to summit Everest, Lhotse and Nuptse will pass through this labyrinth of ice. “At least 385 climbers, including 72 on Mt. Lhotse
and 34 on Mt. Nuptse, will use the icefall route,” said Gyanendra Shrestha, speaking for the Nepalese Ministry of Culture, Tourism and Aviation to the Himalayan Times. Each climber will pay roughly $600 for passage through the icefall.

The 2016 season is a litmus test for the future of Everest’s guiding industry. A series of bizarre and tragic events has brought a cloud of bad press to
Everest, threatening the economic security of the local Sherpas.

In 2013, a brawl erupted between Ueli Steck’s Lhotse expedition
and a Sherpa team installing fixed ropes above Camp II. In 2014, 19 Sherpas died, leading to a strike in protest of the daily dangers they faced on Everest. In 2015, a 7.8 magnitude earthquake in north-central Nepal shook
an avalanche loose from Pumori that swept to the base of Everest,
killing 19, injuring more than 60 and obliterating a section of Base Camp. The season was effectively over, and no one touched the ceiling of
the world for the first time in 41 years.

If you’re a climber, a lousy season is a missed opportunity to be the highest person on Earth for a moment or two. For the natives, each bad year is a
new threat to their livelihood.

Almost half of the climbers this year are
permit holders from 2014 and 2015. The Nepalese government is retroactively accepting these passes for the 2016 season. The climbers are eager to reach
the summit before any fresh disaster ends their bid, and the Sherpas are keen to prove Everest is safe again.

Alan Arnette, a veteran climber and chronicler of Everest, argues that dread by visitors of another
bad season could strangle the volume of traffic coming to the mountain. He notes that climbers’ concerns are compounded by the violent struggle between the government and the Madhesi ethnic minority over the newly proposed constitution. The Madhesi could renew the on-again off-again blockade of medicine
and food imports from India, on which the Everest economy depends. He and others have reported that the Nepalese government is considering establishing
an age and experience limit. The Sherpas want to prove this unnecessary by doing their best to ensure a safe season.

Many Sherpas are adjusting their role in the industry to compensate for recent events. In addition to keeping the new central route this spring, some are
offering guiding services at budget prices.

“I don’t believe the Sherpas will stop guiding,” Arnette told Rock and Ice in 2015. “It is simply too lucrative and they have few other
options.” 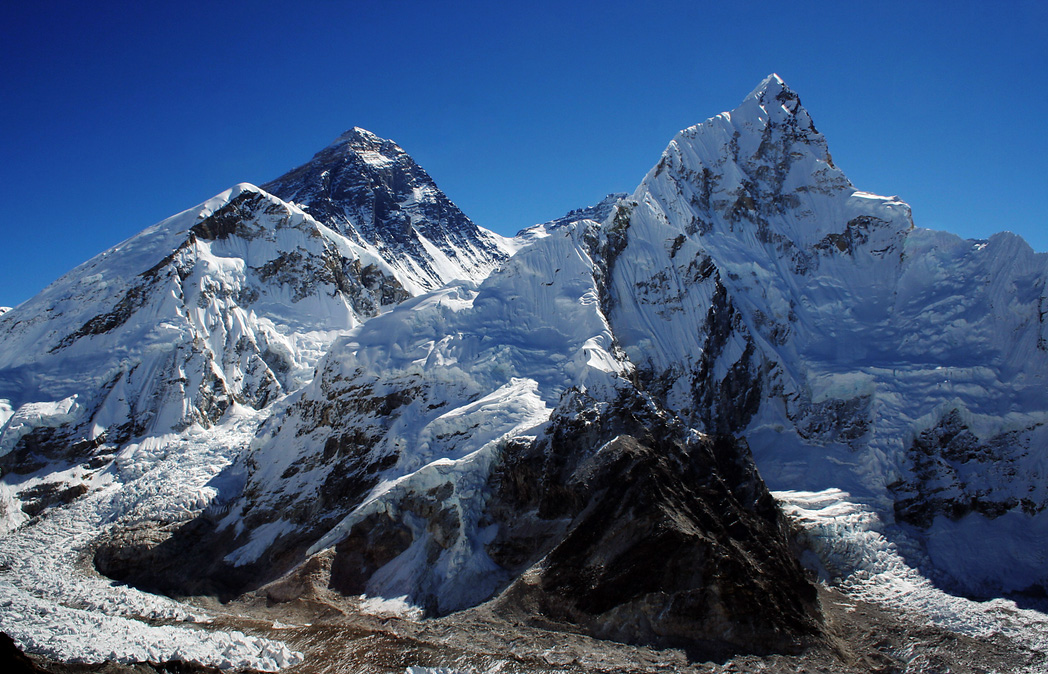 Ang Kami Sherpa, an Icefall Doctor and father of five, returned to Everest last fall after the earthquake to reestablish the destroyed icefall route for
a single mountaineer, Japan’s Nobukazu Kuriki.
“I have already hired a local contractor to rebuild my house in Chaurikharka, which was damaged in the April earthquake, at the cost of $3,500,” he
told the Himalayan Times in September. If this season is cut short like 2014 and 2015 were, Ang Kami Sherpa and other local guides will struggle to find work.

Then again, the mountain may be even busier than usual this year.

Death on Everest is often attractive to climbers—Outside magazine notes that after each publicized disaster,
the traffic on Everest is usually greater the following season.