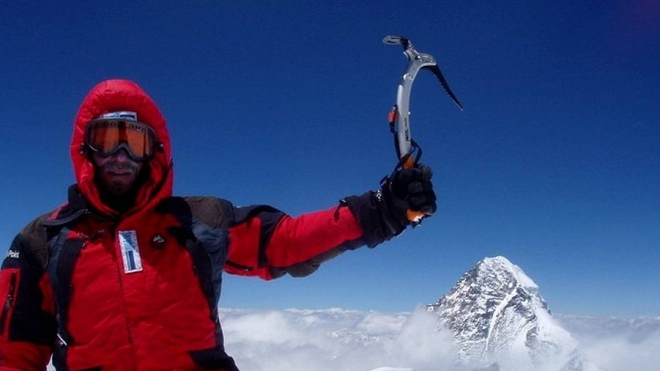 The president of the Czech Federation of Mountaineering and veteran Himalayan climber Zdenek Hruby, 57, has died in a fall after attempting a new route with Mark Holecek on the West Face of Gasherbrum 1 (Hidden Peak), 8,068 meters. Hruby died when he fell 1,000 meters out of a rappel during the retreat. The accident was caused by “a moment of inattention,” said Holecek to the Czech news site Lidovky.cz

From 1994 to 2012, Hruby climbed eight, 8,000-meter peaks including Lhotse, Dhaulagiri, Nanga Parbat, and Gasherbrum II. He was one of the Czech Republic’s leading high-altitude climbers, and was recognized with an Eurpoean “Fair Play” award for helping to save the lives of two climbers on Dhaulagiri.

Hruby was the fifth climber to die this season on G1, following the Polish mountaineer Artur Hajzer, 51, who died after falling in the Japanese Couloir, and the Spanish climbers Xevi Gomez, 37, Alvaro Paredes and Abel Alonso, 39, who vanished in July after making the summit.