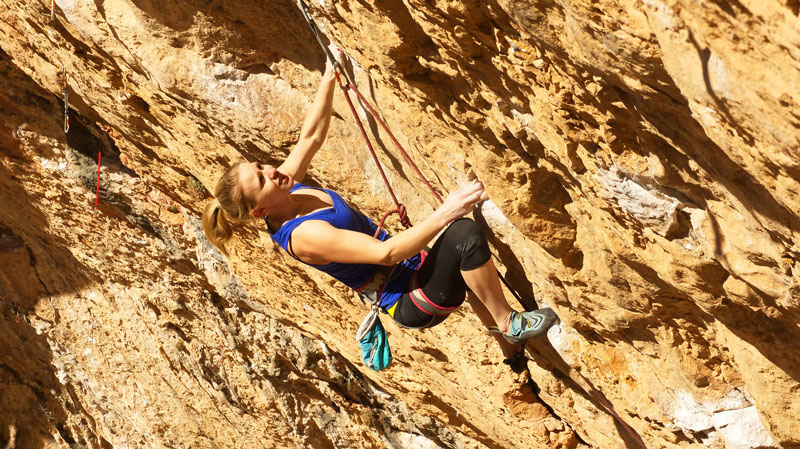 Evgeniya Malamid of Russia has onsighted Los Humildes pa Casa (5.14a), one of the hardest female onsights on record.

“I was already tired and it was the last route of the day,” says Malamid. “I wasn’t going to onsight it. I just didn’t think about it, I just climbed.”

“I have two weeks of climbing in Oliana now,” Malamid says. “So I’ve just been climbing everything I want. This February I did Mind Control (5.14c), which is next to this route to the left , and last year I onsighted Humildes pa’Arriba (5.13c), which is next to it to the right. These three routes stand out against the others. Classic, long routes! And this one was in the middle and I hadn’t tried it before.”

Aside from her outdoor sport climbing, she is also a fixture in the competition world as a member of the International Sport Climbing Federation (IFSC) Athletes Commission. She placed 8th in lead in the 2013 IFSC World Championship. 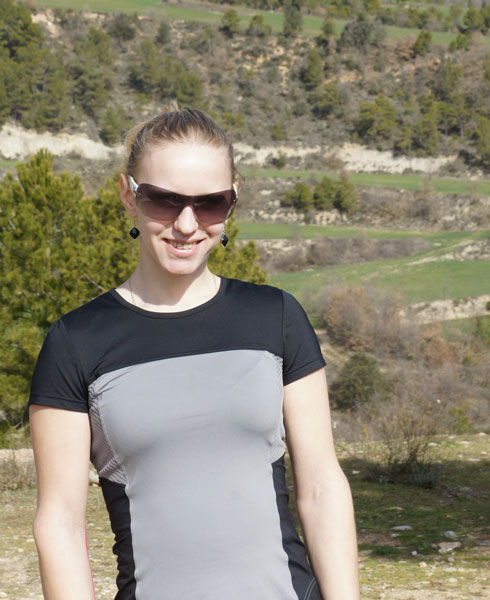 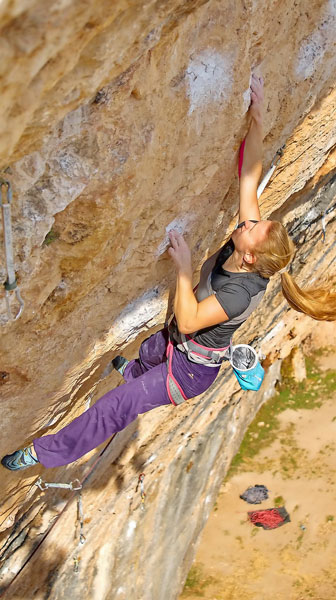