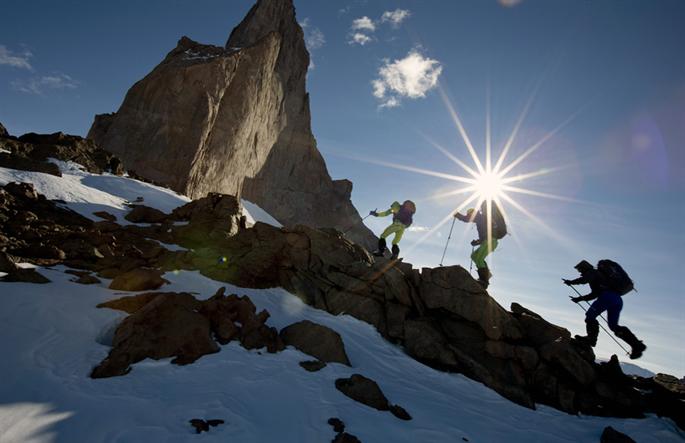 Terra incognita is Latin for “unknown land,” and is often used to describe places in the world that have not been documented or mapped. And terra incognita is exactly the term used by a climber in Alastair Lee’s latest film “The Last Great Climb” to describe Ulvetanna—a mythical mountain in Queen Maud Land, Antarctica.

“You got to be careful when eating hard candies when it’s this cold out,” says Leary laughing.

But Houlding and his team battle through wind, below freezing temperatures and loose rock, hell-bent on a first ascent, despite Houlding’s early, on-camera prediction that they might not make it up Ulvetanna. And Lee films the climbing from on the wall, which gives the audience a true insider’s view into the exploratory world of first ascents.

Stunning shots, such as Houlding climbing the route’s exposed ridge-line (picture 1,600-foot drop-offs on either side) while running it out on crumbly rock for 150 feet make “The Last Great Climb” a must-see for adventure climbers. An original score, featuring dramatic organ pipes blasting away as Houlding tiptoes into a realm of climbing you have to see to believe, accentuates these shots and give the scenes an otherworldly feel. 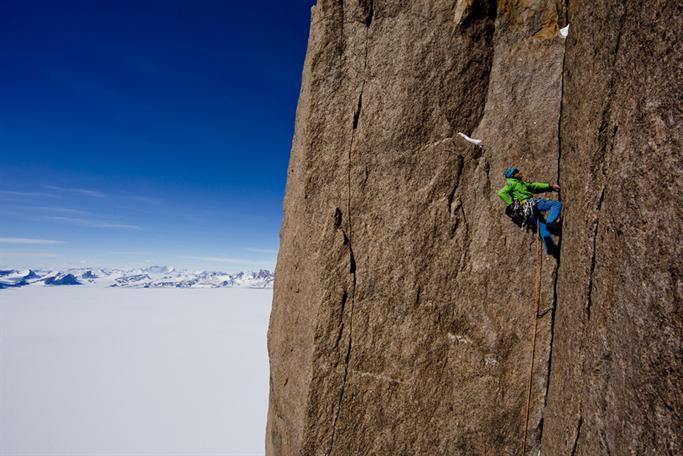 “The Last Great Climb” also includes an element of history: history surrounding Ulvetanna’s first Norwegian exploring climbers, as well as the history surrounding Houlding’s own climbing background. Early in the film, Houlding explains that his climbing mentor, Malcolm “Pike” Cundy, had passed away, and that he would like to dedicate the climb to him.

Also, hearing Ulvetanna’s first ascenionist Robert Caspersen describe the mountain as “the second most remote place on earth besides the moon” adds to the film’s perspective, giving viewers an idea of just how wild an expedition to Queen Maude Land really is.

In the film, Houlding sums up his reasoning for the expedition candidly.

“It’s more about going to these wild places and doing wild stuff with wild people.”

To watch The Last Great Climb visit Posingproductions.com.
Also, for an amazing photo gallery of the Ultevanna expedition, click HERE.