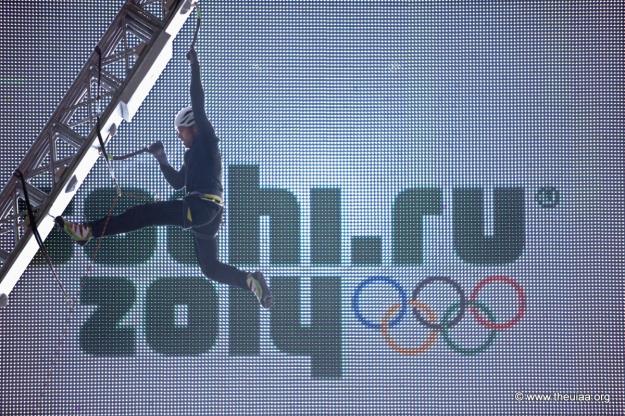 During this year’s Ice Climbing World Cup a special stop was scheduled before the tour headed toward its final destination. Ice climbing was show cased last month at the Olympics in Sochi, Russia and many UIAA climbers participated in the event.

“It was +25 degrees Celsius [77 Fahrenheit]. And we ice climbed.” Gordon McArthur of the Canadian National Ice Climbing team wrote on UIAA Olympic blog, “Words can’t describe how awesome it is to demonstrate a sport that we love in weather like this, in front of the Olympic World.”

The Ice Climbing World Cup completed its tour in Ufa, Russia, where it was considerably colder (consistently below zero), this past weekend. The Russians dominated in their home country. Maria Tolokonina won the in women’s lead competition followed by Maryam Filippova and Nadezhda Gallyamova. Maxim Tomilov won first in the men’s lead competition followed by his brother, Alexey Tomilov and Park HeeYong of Korea, the only non-Russia to medal in the Ufa competition. 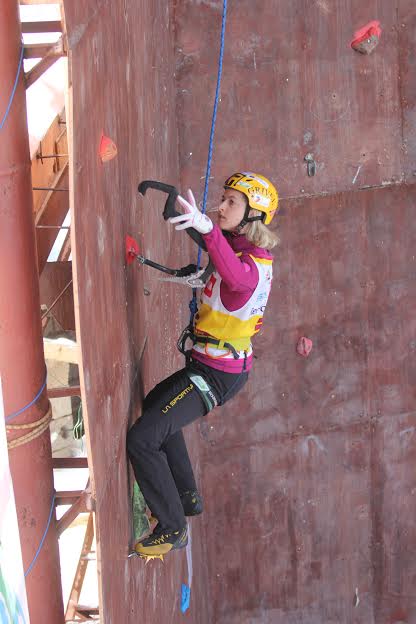 These final victories for Tolokonina and Maxim Tomilov finalized their positions as World Cup winners for the 2014 tour. This is the second year in a row that Tolokonina won the World Cup for the women’s lead. Tomilov previously took first place in the World Cup in 2012.

Third place for the women went to Shin WoonSeon of Korea. 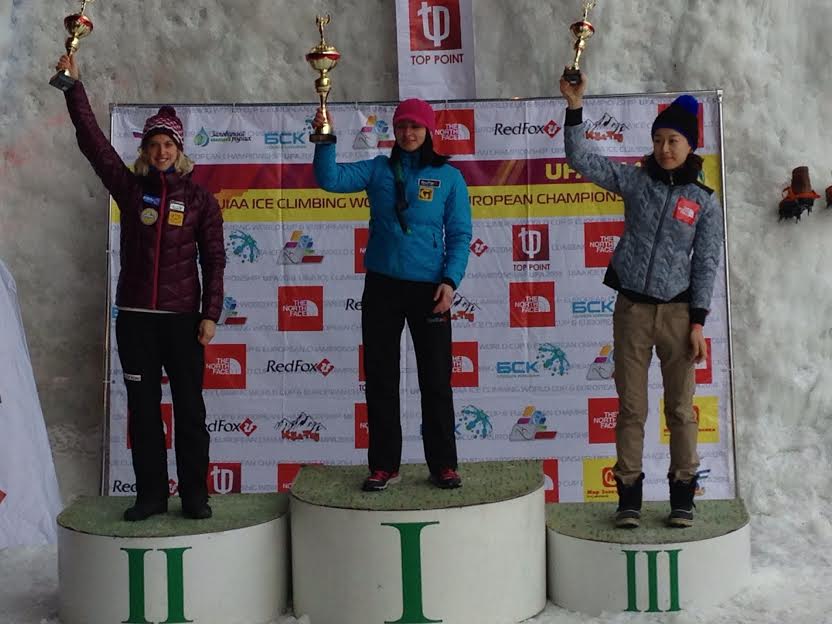 The winners were decided on based on points they earned from competitions held in Cheongsong (Korea), Busteni (Romania), Saas Fee (Switzerland), Champagny-en-Vanoise (France) and Ufa (Russia). There was an event scheduled to happen in Rabenstein, Italy but it was cancelled due prevalent avalanche danger.