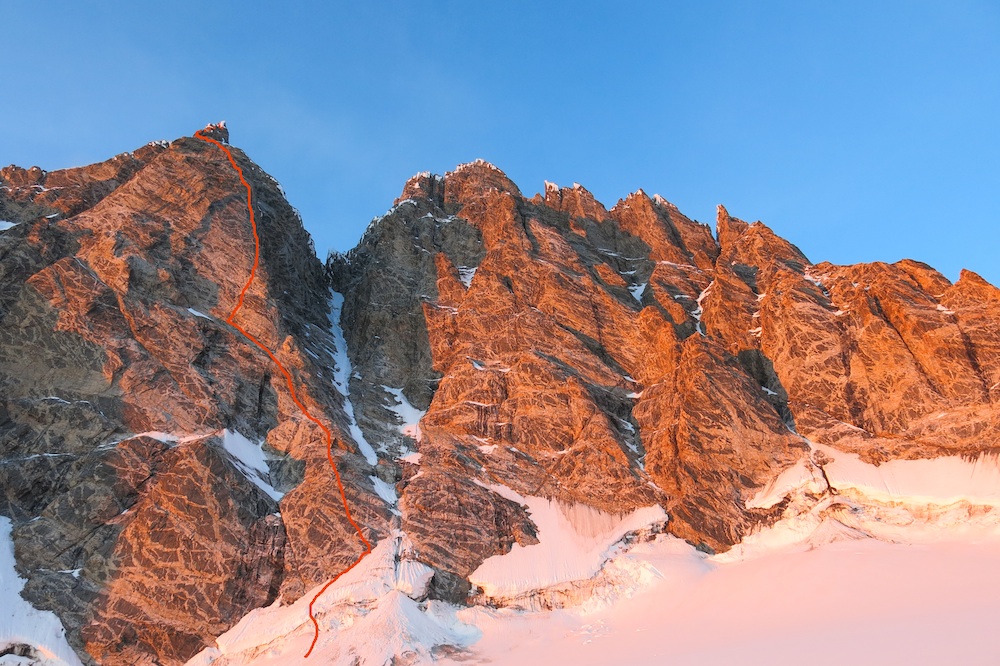 For two days, Paul McSorley, Mayan Smith-Gobat, and Ines Papert forged a new mixed line up the remote Southwest Buttress of Mt. Waddington (northwest summit) in British Columbia. They reached the summit on August 18—claiming the first ascent of the 800-meter, 20-pitch route, which they graded 5.11+ WI3 M5 ED1. The team bivied below the summit and descended to base camp, via Angel Glacier to Dais Couloir and Dais Glacier, the next day.

“As far as I know, there have been two other attempts on the SW Buttress,” McSorley told Rock and Ice. “Though this may be the most technically difficult route on all of Wadd, I am sure that there are plenty of burly routes up to the main summit.”

Harsh conditions and the difficulty of reaching the southwest side of Mt. Waddington, along the coast, have deterred many from attempting the buttress.

In September of 2011, Tony Richardson and Jason Kruk came within two pitches of the summit ridge on the Southwest Buttress before deteriorating rime ice forced them to bail. They had approached the wall by powerboat, raft and foot from Twist Lake over the course of a week.

Check out the newest issue of Rock and Ice (230) for a feature about the ascent written by Mayan Smith-Gobat.