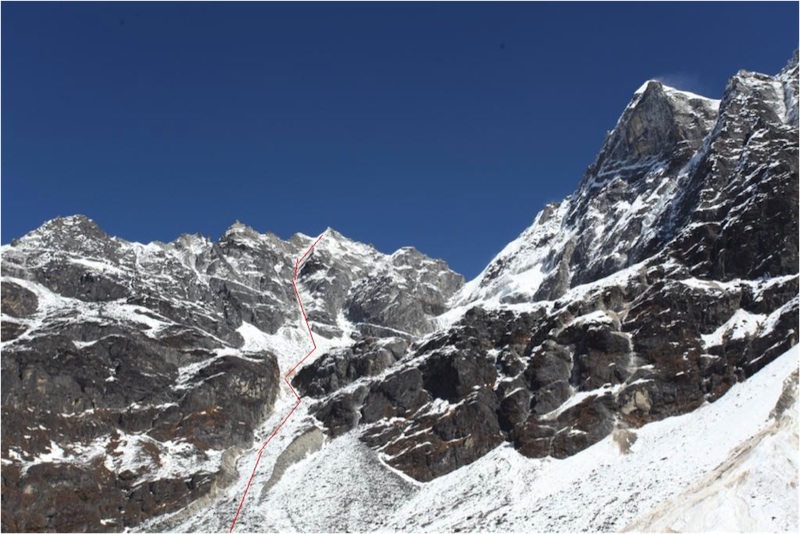 October is generally not the season for first ascents in the Everest region of Nepal, but climber Anna Pfaff and her longtime climbing and life partner Camilo Lopez travelled to the famous Khumbu region and made mountaineering history, anyway.

Known as Umjo-Tse, or “Lake Peak”, to the local Sherpa, Lungartse is located in the Kaijo Ri cirque area of the Khumbu and has no known documentation of ascents. According to Pfaff and Lope, there was no evidence of “previous exploration, anchors, or rappel lines.”

At just over 4,800 meters above the small village of Marlung, the pair set up a high camp to scope out potential lines on the encompassing peaks.

“Just prior to our arrival snow had fallen to over two meters, covering the cirque in ice and snow [and] making for full winter conditions. We spotted the most aesthetic line, a steep couloir on the South face of Lungarste Peak,” she wrote in her report.

Despite the snow, the pair reported stable, but cold conditions prior to the first of two attempts on the line. After an initial try, however, the pair was forced to retreat to their high camp and recuperate. 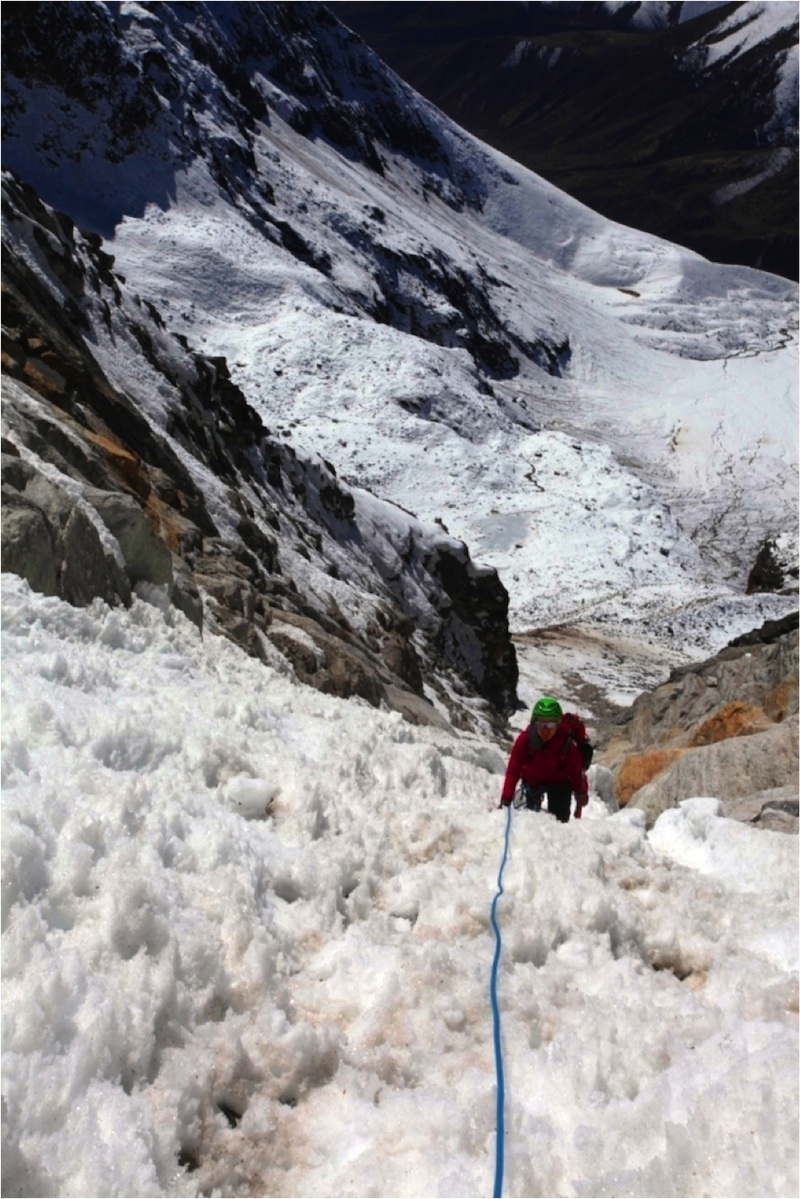 Said Pfaff in her report, “We first attempted the line only to realize we had misjudged the length and, after climbing approximately 700 meters, we were forced to retreat due to extreme cold and shortened periods of daylight in the winter conditions. We returned to Marlung feeling completely shut down and destroyed.”

The short recovery period in Marlung provided the two climbers the opportunity to reassess their strategy and opt for a second high camp located at approximately 5,200 meters. From there, the team encountered extremely cold conditions as they simul-climbed 65 degree snow to the base of the couloir, where the greatest difficulties would begin:

“We then pitched out the 90 degree, AI 4 steps and mixed terrain, and after about 500 meters the top of the couloir funneled into a snow field onto the summit block … We did 10-plus rappels down the steep couloir, leaving behind pitons for anchors and down climbing sections, avoiding falling rock and ice from the upper pitches,” she wrote.

The pair finally reached the second high camp amid white out conditions and bitter temperatures. They returned to Marlung the next morning to celebrate:

“We are very excited and fortunate to have explored this hidden Himalayan area that is often passed up for the larger more popular peaks. We saw no one for days. Although we suffered quite a bit with the extreme cold and conditions it was well worth it,” she wrote in closing. 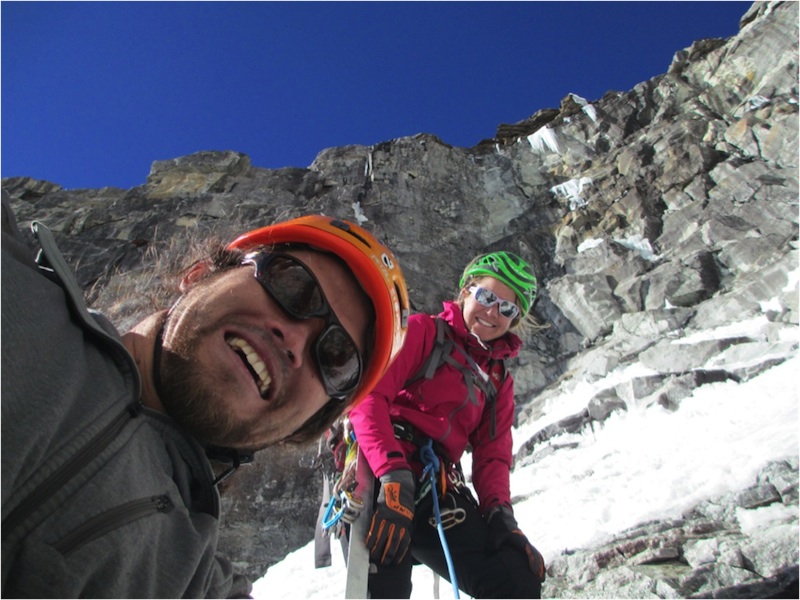 Pfaff and Lopez are no strangers to the world of alpine ascents. In 2012, the pair was nominated for the Piolet d’Or for their first ascent of the South Pillar (5179m) on Columbia’s Ritacuba Blanco via the Lopez-Pfaff Direct (IV: 5.10d AI3, 600m). Last summer they made an ascent of Patagonia’s Fitz Roy via the Affanicief (NW Ridge, 1,550 meters).