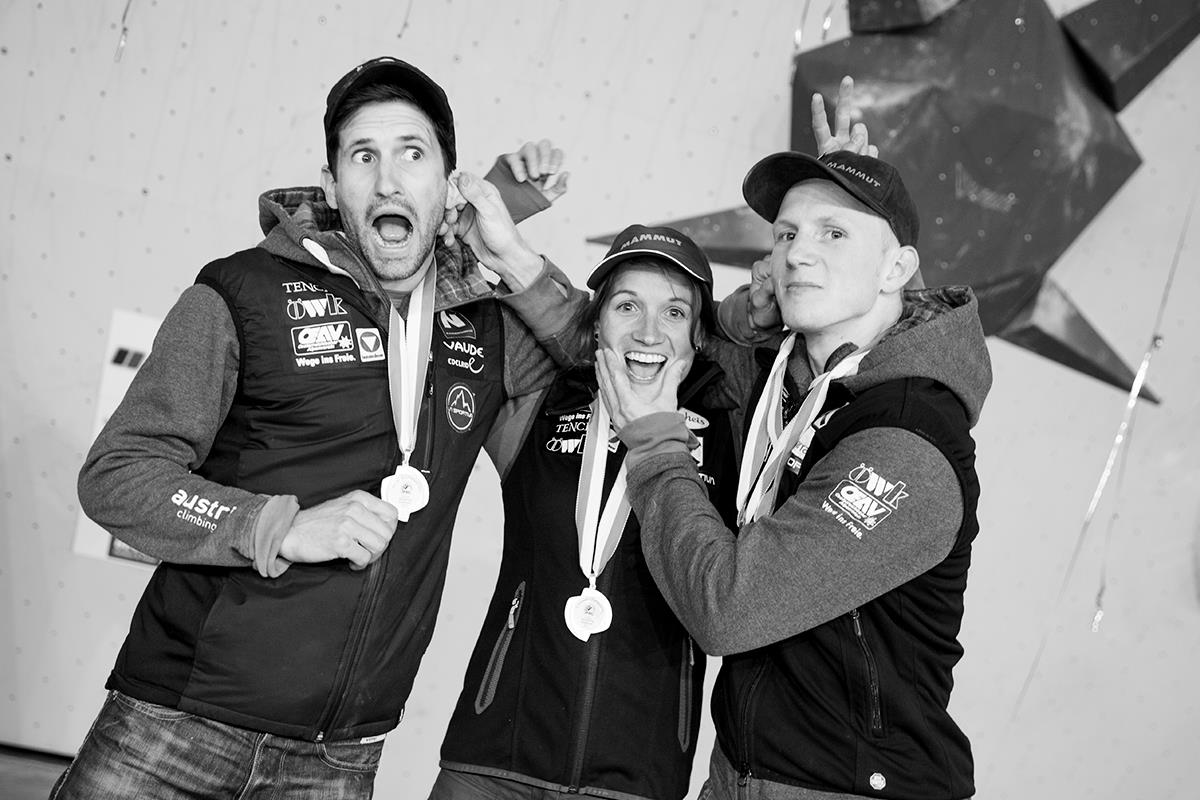 “The spell is finally broken. I’ve been working towards this moment for over 10 years… A dream has come true!” said Fischhuber in a recent Planet Mountain interview.

The Men’s Final came down to the last problem, and involved a faceoff between Fischhuber of Austria and 17-year-old Italian Michael Piccolruaz. While Piccolruaz held the lead for a majority of the Final round, he came up short on the final problem, and Fischhuber—who flashed the problem—took the gold.

The Women’s Final also featured a showdown on the last problem. Anna Stöhr, the defending European bouldering champion from Austria, took on the strong Slovenian climber Mina Markovic. After each woman had sent the initial three problems, it was Stöhr who flashed the fourth, putting tremendous pressure on Markovic to send. Though Markovic did eventually top out the problem, it took her three attempts and Stöhr defended her title as the reigning women’s European Bouldering Champion.

See below for remaining results of the competition: