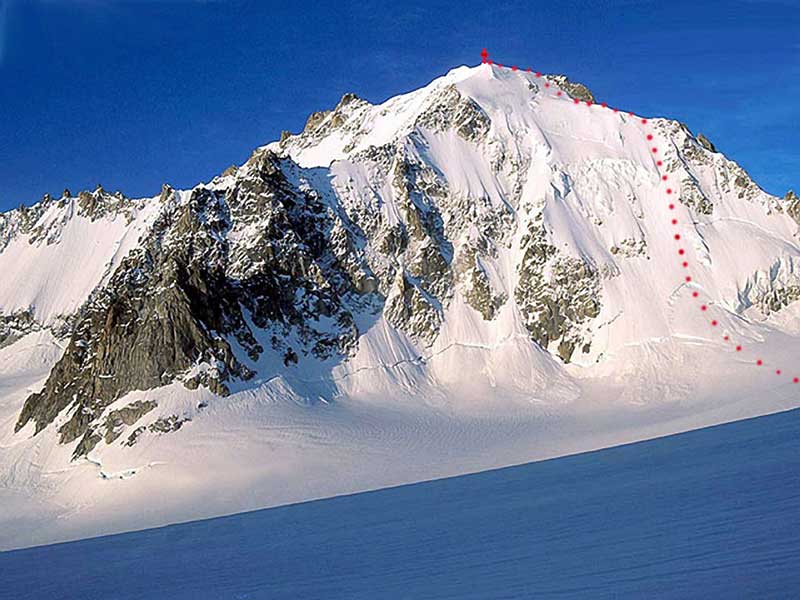 Five bodies have been recovered on Aiguille d’Argentière, a 12,799-foot peak in France’s Mont Blanc massif. A rescue operation is underway to extract a visible but unconscious sixth climber from a crevasse. The five bodies were found Wednesday morning, according to a report from the New York Times. The climbers were missing overnight, and were caught in a storm that brought high winds and snow to the peak. According to officials, the climbers died in a fall, reports the Times.

The Guardian reports that the five climbers consisted of four men and one woman aged between 27 and 45. They were being guided on the popular peak as part of a two week mountaineering course. The condition of the sixth climber is still unknown at this time.

The Aigulle d’Argentière lies on the border of France and Switzerland and is a highly traveled peak during the summer months. A team of British mountaineers including Edward Whymper and A. Reilly (along with guides Michel Croz, M. Payot, H. Charlet) claimed the mountain’s first ascent in 1864.