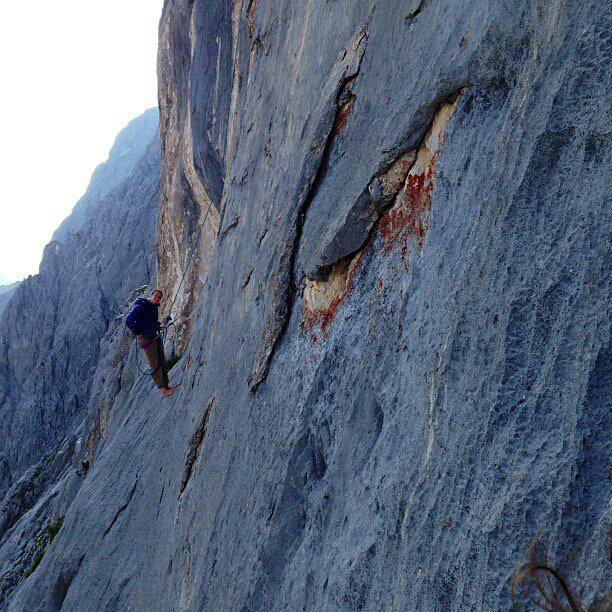 Pouvreau&#39;s Blog. ” />Gérôme Pouvreau of France has made a quick repeat of Silbergeier (5.14a) in Switzerland’s Rätikon range. This formidable multi-pitch route was first climbed ground-up in 1993 by Austrian stalwart Beat Kammerlander and features long run-outs on extremely technical limestone. Silbergeier’s 240 meters (787 feet) is broken into six pitches rated 5.13d, 5.13a, 5.13c, 5.12a, 5.14a and 5.12d. UKClimbing.com reports that Pouvreau repeated Silbergeier in just three days, having worked the first three pitches on day one and pitches three through five on his second day. After one rest day, Pouvreau sent Silbergeier from the ground, falling twice on the crux 5.14a pitch before redpointing and once on the last 5.12d pitch, which he had not yet attempted. Pouvreau attributes his quick success on the route to his Swiss friend Nina Caprez, who made the first female ascent of Silbergeier in 2011 and accompanied Pouvreau and his partner Florence Pinet to the Rätikon. Pouvreau and Pinet plan to return to Silbergeier soon, where Pinet will go for the lead.