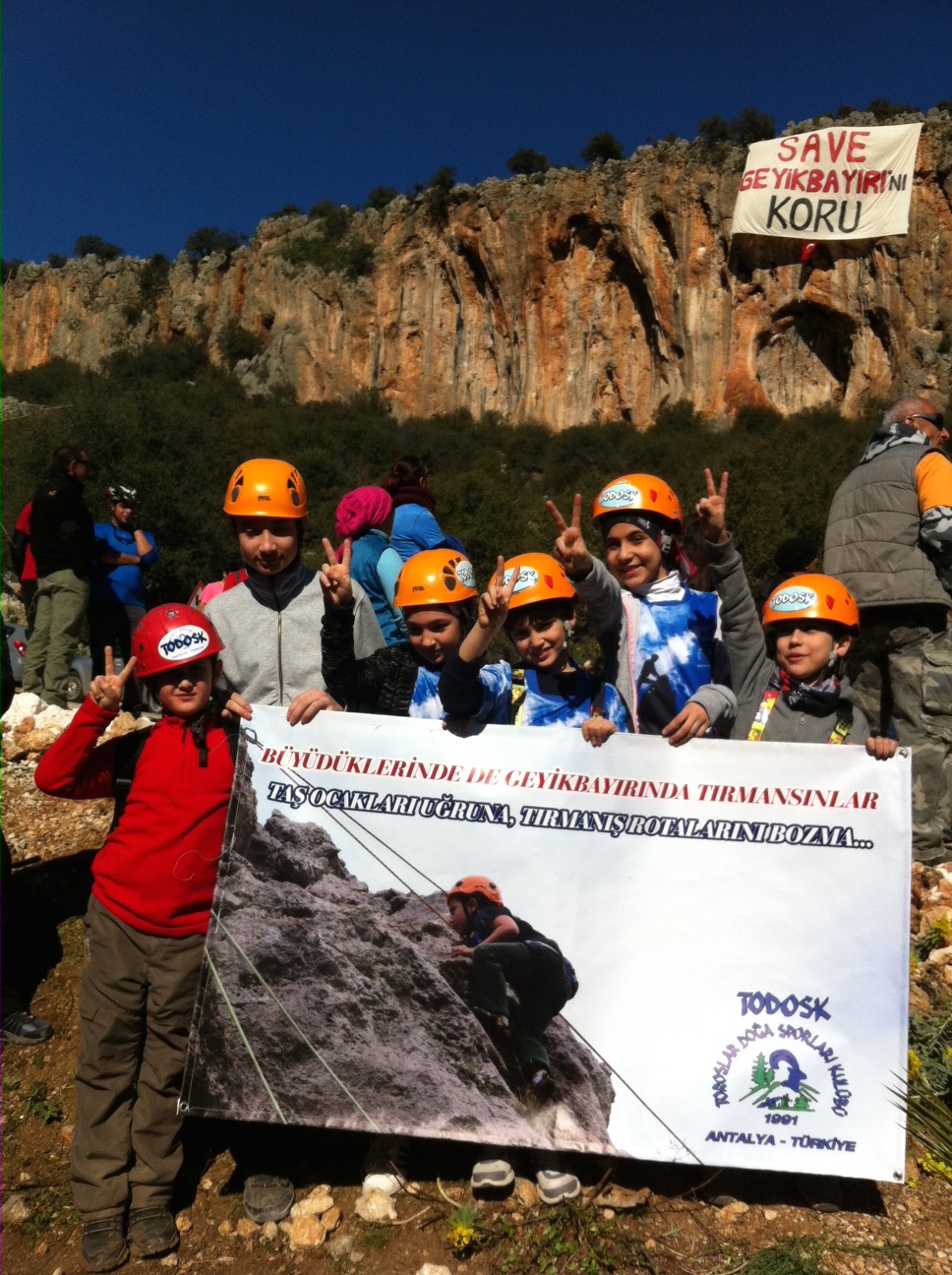 A large banner with the words “SAVE GEYIKBAYIRI” hung from the cliffs of Turkey’s largest climbing area in February. The limestone walls were under attack by a mining company that had gained a permit to mine the crag—nearly one-third of the area’s 1000+ established sport routes.

But now the sign is gone. And so is the threat.

April 2 was the day of salvation for the climbers and citizens of Geyikbayiri. The Office for Mining Affairs sent a letter to the governor of Antalya, Muammer Türker, declaring that the mining exploration permit for the cliffs of Geyikbayiri had been canceled.

The mining company’s change of heart was no accident, but rather the result of a hard-fought, grassroots movement by the people of Geyikbayiri.

It all started in early February when a shepherd, who was grazing his goats on the grass above the main wall, noticed surveyors marking rocks with paint. He inquired as to what they were doing. They told him they were planning to mine the area.

He hadn’t heard any public announcements of the mining, though, and it worried him that he would no longer be able to let his goats graze there. So he brought the news to local climber and route-setter, Zuleyha Geels Görken.

Görken also owns the local hostel, Climbers’ Garden, and sensed that what the goat herder told her was bad. Shortly after, Görken found a permit near the site confirming her fears.

“We informed the local authorities, the mayor, forestry and the governor’s office,” Görken told Rock and Ice. “Everyone was shocked but there was not a lot that they could do. They urged us to make the matter as public as possible. So we decided to organize an Outdoor Sports Festival in Geyikbayiri to emphasize the importance of the area.” 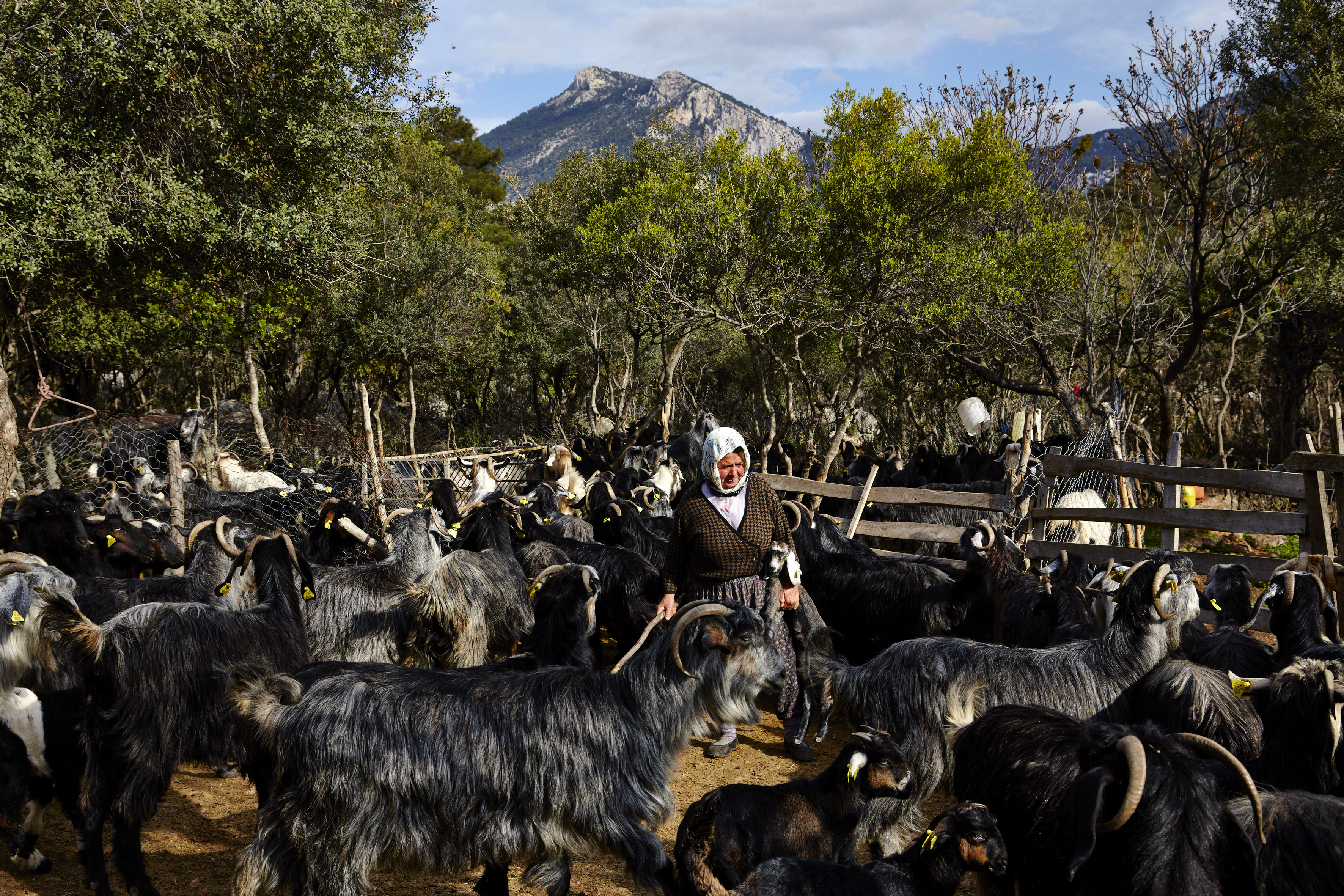 “There would be no protesting but a coming together to climb, go hiking and cycle.”

“To Climb or to Mine,” was the motto of the festival, and hundreds turned out in support. Görken also started a Facebook page, SAVE Geyikbayiri, and created a petition on change.org.

The week after, activists and organizers were able to hire an environmental lawyer who provided the group with much-needed legal ammunition to oppose the mining permit. They began a court case in late March.

“But before we even received a court date the Migem, the Office for Mining Affairs which operates directly beneath the Ministery of Energy and Local Resources, sent a letter to the governor declaring that the mining exploration permit was cancelled on request of the mining company,” Görken writes.

Görken says she does not know why the permit was cancelled, but she suspects it has to do with the public awareness that the movement created. By the time the cancellation was received, nearly 18,000 people from all over the world had signed the petition.

Görken and other local activists will not stop petitioning until there is permanent, legal closure to all mining in the area of Geyikbayiri. For anyone seeking to sign the petition, visit www.change.org/geyikbayiri and sign up.