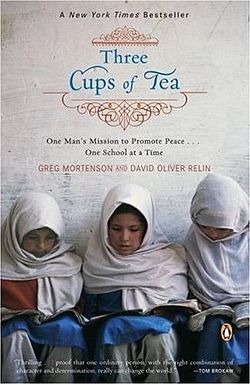 Greg Mortenson, author of the bestseller Three Cups of Tea, said in a Tom Brokaw interview this morning on the Today show, that he was grateful to Jon Krakauer and 60 Minutes for alleging that he fabricated portions of his book and mishandled funds donated to the non-profit he founded for overseas school building, the Central Asia Institute (CAI). “In a strange, ironic way,” said Mortenson, “I’d like to thank CBS and Jon Krakauer because, had they not brought these issue up, we could have gotten into more serious problems.”

Aside from that revelation, Mortenson, who appeared trim, fit and at times jovial, disclosed little. He noted that “I stand by the stories. The stories [in Three Cups of Tea] happened.” When pushed by Brokaw, who generally lobbed softballs, about whether the sequence of events in the book had been altered, Mortenson agreed that they had been, saying that “we were under tremendous pressure to bring about a million words down to 300,000 words.”

Mortenson added that since his downfall he has spent a lot of time apologizing, and that he’s not a management type person. “I have always operated from my heart,” he said. “I’m really not a head person, and I didn’t factor in the very important thing of accountability, transparency.”

Mortenson was investigated by the Montana Attorney General and was found to have not done anything illegal, but he agreed to pay the CAI $1 million as reimbursement for monies he had possibly misspent. Mortenson was also sued for fraud and other claims, but all cases were dismissed. The Today show reported that donations to the charity have fallen 80 percent. In December of 2012, Three Cups of Tea co-author David Oliver Relin committed suicide by stepping in front of a freight train.